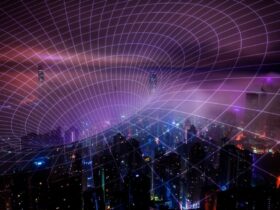 A Fear of Being Fenced In: It’s Time for the United States to Tackle Data Localization

A nebulous cloud of secrecy hangs over the $50 billion Nicaragua canal project, a murky initiative to open another Central American water bridge. At its helm are Chinese telecom mogul Wang Jing and Nicaraguan president Daniel Ortega, who recently amended the country’s constitution to favor his indefinite reelection. The behemoth waterway, set to rival the Panama Canal, publicly aims to give the second-poorest country in the Western Hemisphere (after Haiti) the economic makeover of a lifetime. But publicly, its benefits are uncertain. The diverse controversies, rumors and disputes surrounding the project range from concerns over endangered species, to corruption allegations, to speculation over strategic Chinese geopolitics—issues largely unanswered by its orchestrators. The ultimate question is, whose interests are motivating the canal’s development?

President Ortega’s staunch support for the project deviates from his anti-imperialist background. His participation in the 1979 Nicaraguan Revolution furthered national hero Augusto Sandino’s efforts to free the country from foreign occupation. During the revolution, the Sandinista National Liberation Front (FSLN) redistributed 1.5 million acres of land from members of the political elite to rural peasants and aligned itself with Cuba and the Soviet Union. Through Ortega, the FSLN remains in power, today a socially democratic party.

By imposing such an invasive foreign initiative, party members and Sandinistas claim Ortega is ushering in a new wave of imperialism. Land was once redistributed to peasant farmers on revolutionary principles; now thousands of peasants are being displaced for a capitalist venture. For other landholders, this round of expropriation rubs salt in old wounds.

Skepticism runs high for several reasons. To begin with, many suspect that the project will expand Ortega’s business empire—a shady conglomeration of land and assets. Second, plans for the canal sailed suspiciously through the national assembly in one day without debate. Ortega’s administration granted Jing’s Hong Kong Nicaragua Development Group (HKND) a 100-year constitutional concession after Jing threatened to withdraw his $300 million investment without the added security. Third, a cross-country route was drawn long before the delivery of a couple key documents. Though the privately contracted, London-based Environmental Resource Management group delivered an 11,000-page environmental impact assessment in May, its contents are still closed to the public. Not even the economic feasibility report is publicly available.

Perhaps the most shadowy component yet is the mysterious figure of Wang Jing, the Chinese executive who has tried a little too hard to convince the press he is nothing but well-intentioned. Jing’s unfaltering faith in the canal’s financial success and his obscure past have led some US foreign policy analysts to perceive a Chinese threat.

Some even think Jing is concealing a military background. Other reports exist of Xinwei’s standing contracts to provide the Chinese government with military technology. Is he a mere front man for a government initiative? A Nicaragua Canal would very pointedly compete with the historically US-led Panama Canal, and Jing represents the burgeoning presence of Chinese investments in Latin America.

Since 2010, Chinese outbound foreign direct investment in Africa and Latin America has nearly doubled, and is expected to quadruple by 2020. Currently, the Chinese government does not publicly endorse the initiative. However, due to the magnitude of projected costs, some believe the project will eventually require Chinese state backing for its success. Regardless, China is exercising an influence that will drastically alter the very fabric of Nicaraguan society. The magnitude of the project, its aggressive encroachment on constitutional jurisdiction and the effective absence of a democratic process in its implementation raise alarming concerns for national sovereignty.

As it stands, HKND will build 27 resettlement villages to accommodate tens of thousands of displaced Nicaraguans. The canal’s route implies the destruction of 400,000 hectares of rainforests and wetlands (including untouched ecosystems), five billion cubic meters of dredged earth and the disappearance of a freshwater drinking and irrigation source for a number of small towns. Projected damages are so daunting that many Nicaraguan activists call the investment a form of neo-colonialism. The virtually hands-off sale of rights to prized national territory, like those around Lake Nicaragua, into private (let alone foreign) hands calls into question the decisions of those supposedly acting on behalf of the country.

In exchange for the 100 year concession, Nicaragua will only receive $10 million a year from HKND profits for the first decade, with a 10% increase each year after. It’s unclear whether this is healthy economic expansion or the effective sale of state interests by those in power. With such small gains for Nicaragua, it’s hard for Nicaraguans not to suspect a private deal. According to Transparency International, Nicaragua is the most corrupt Latin American country, and given Ortega’s new indefinite reelection and his children’s ownership of key media outlets, it’s hard to blame them.

One thing is for sure—the canal cannot logically claim to fall within Nicaragua’s national interests. Ortega and his supporters tout the economic argument, claiming that the project is a “booster rocket” that will launch the country into prosperity. The venture is an excuse to develop new infrastructure; construction alone will create at least 25,000 jobs for Nicaraguans. Not only will the canal stimulate development, but it will also make Nicaragua an international trade hub.

These are lofty ambitions for a project that has not yet proven itself financially feasible. Called the largest earth-moving initiative in history, the canal boasts the magnitude to carry vessels more than four football fields long. But economic critics doubt the demand for such capacity. The Panama Canal’s expansion set for 2016 will increase Panamax dimensions for shipping containers. Moreover, the Nicaraguan economy is already improving; World Bank data shows poverty is steadily declining and inflation is single-digit.

The secrecy continues. Construction officially began last December, but residents report the only activity so far is the development of roads. Journalists, visiting to assess the scope of the canal’s route, claim they can’t find it. There is additionally no sign of investors willing to undertake risks. Maybe a Nicaragua canal could improve the economy and create jobs—but the institutional reality and the shady nature of the venture render the country wholly unprepared to undertake this operation, even if that was the case. The risks have not been fully assessed nor publicly divulged. The health of Nicaragua’s democratic process is called into question, as national leaders seem ready to overpower any sort of formal debate and override the voices of activists and protesters.

Furthermore, it’s unclear to what extent the canal would benefit Nicaragua versus other powers at play. Are Chinese private sector operations in Latin America purely extractive, or is it an equal partnership as politicians and business leaders claim? The small share in profits for Nicaragua, the mystery surrounding Jing and the undeniable regional access a canal would provide China validate Sandinista claims that Ortega is giving a foreign entity too much free reign. Ultimately, who is the canal for?