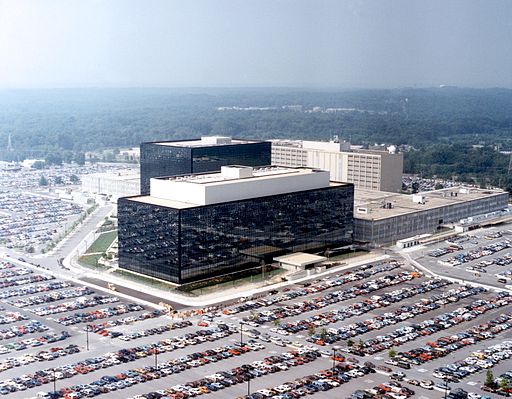 A Look Back at Snowden in the Press

By: Rhondaya Fishburne and Bennett Rine

The past year was a game changer for Hollywood. The COVID-19 pandemic forced theaters to close, drastically affecting profits from ticket sales, and many distributors decided to either delay their release of films or make the daring move to premiere blockbusters on streaming services. But as Hollywood continues to adapt to a new era of movie-making distribution, for the first time in its history, China has officially overtaken the United States as the largest box office in the world.

Prior to the pandemic however, China’s box office revenue was already poised to surpass the American box office in 2020. PricewaterhouseCoopers, one of the largest global accounting firms, predicted in a 2016 report that the following years, “…are set to see the United States lose the dominant position that it has held in global box office revenue since the silent movie era began more than a century ago”, indicating that projections pre-pandemic already favored the Chinese. In the first quarter of 2018, the film industry caught a glimpse of this phenomenon when Chinese box office revenue held a brief lead in front of the U.S. box office for the first time.

Chinese competition in an industry that has been dominated by the U.S. for over 100 years poses a challenge to America’s ability to exert soft power in this particular sector. In an arena where both countries use film as a tool to promote their respective ideas and values, whoever is the leader of the industry is more desirable to production companies. Hollywood needs the resources that both China and the United States have: massive audiences and massive opportunities for revenue.

Box office numbers and the global film industry matter from a political perspective as movies capture the attention of foreign publics and can be highly influential tools of media. Essentially, film is a tool of public diplomacy.

Disney’s Marvel franchise, for instance, is full of pro-American and pro-military themes. While production is not state funded, it has recently become publicized that the U.S. Department of Defense has consulted on hundreds of feature films and even shows for television. When production companies approach defense agencies looking for accurate insight into how different arms of the military or government function, the U.S. government gets to manage how they are portrayed to the American and foreign public, an important controlling tool of soft power.

While Marvel movies are only a recent example, Hollywood has a long standing relationship with the Pentagon that traces back to World War I. The first ever Academy Award for Best Picture in 1927 was given to the silent film “Wings,” which centered around World War I pilots. The U.S. Army helped with the production of “Wings” with full support in the form of men and staging areas, and by the end of World War II, the army had an official Hollywood office and liaison. The Central Intelligence Agency also established a similar office in 1996.

Conscious or not, Hollywood became an unofficial propaganda machine for Washington throughout the 20th century. Movies were the perfect medium for promoting American militarism, capitalism, and way of life, both domestically and internationally. This idea soared during the Cold War. In the age of Mccarthyism, purging communist sentiments within the United States was a critical objective of the United States. Under the threat of communism, American military movies were essential for portraying the country as the hero, creating the popular narrative of the United States as the quintessential “good guy.” Sources of entertainment, thus, were used as some of the strongest tools in the ideological battle over the hearts and minds of global publics.

A real turning point in the relationship between Hollywood and Washington was after 9/11. The War on Terror began and a new wave of American war movies were filmed and produced, in large part in coordination with the Pentagon. According to many critics, films such as “Zero Dark Thirty” were used to sell the War on Terror to American audiences and garner support for the military and its actions. The film was criticized for portraying torture as valuable for finding Osama Bin Laden. A 2014 study even found results that 25% of viewers changed their opinions about the government and its actions after seeing the films “Argo” and “Zero Dark Thirty.”

As Tanner Mirrlees, associate professor at Ontario Tech University, told CBC Radio: “No country in the world churns out as many images of itself as the military hero… like the United States does. That is a unique cultural phenomenon.”

In the 21st century, Washington’s role in the media has gone much further than one would expect. In television, over 1,100 titles received Pentagon backing. Files released in 2017 under the Freedom of Information Act verified that between 1911 and 2017 more than 800 feature films were supported by the Department of Defense.

But Washington is not the only major political influence vying for influence in the world’s film industry; Hollywood has also been considerate of Beijing’s interests and has catered to its censorship as its market has expanded in recent years. The Chinese government is explicit about its intentions to release films that are propaganda for the Chinese Communist Party (CCP), a decision made in order to control what the Chinese consumer digests. Despite the censorship, there is seemingly little resistance by Hollywood filmmakers to challenge the popularization of biased, pro-CCP narrative in the movies as they seek the approval of the Chinese government to release their films in the country. The reason for this is the increasing dependency Hollywood has on China’s movie industry.

This dependency results from the dominating lead China currently holds in the sector. The Asian movie industry consultancy firm, Artisan Gateway, announced that China’s box office closed 2020 with $1.99 billion in revenue. The North American box office earnings were surpassed by $50 million dollars. With the desire to expand its audience and, as a result, its profit, Hollywood turns to China in an attempt to take advantage of those opportunities.

The most recent and highly publicized case of Chinese investment in American films can be found in the Disney+ digital release of the live-action Mulan film in 2020. The movie faced controversy due to its percieved complicitness with the CCP’s persecution of the Uighurs — a primarily Muslim Turkic ethnicity populated in the Xinjiang region of China and surrounding areas. Disney shot a number of scenes from the film in this region and faced criticism from U.S. leaders for allowing the Chinese government to mislead the public by brushing over issues of genocide in the province. Although these concerns were raised about Mulan, the desire to be approved by the Chinese review board in order to profit seemed to be enough for Disney to overlook the social ramifications.

Appealing to foreign film markets isn’t a new phenomenon for Hollywood; the industry has been negotiating deals with film-classification boards around the world for nearly 100 years. It is, however, much more difficult for Hollywood to appeal to a country that restricts media consumption to a dangerous degree, while simultaneously being the largest movie industry in the world. Film production studios have to compete for a slot in the CCP’s limited release of foreign films every year, and companies who do not choose to comply with China’s restrictions miss the opportunity of reaching an audience of nearly 1.4 billion customers.

This results in movie adjustments and plot changes like the ones that occurred in Rian Johnson’s 2012 science fiction action film Looper, where the portrayal of time travel, a concept usually frowned upon by the Chinese government, was approved after a script change framing the future China as “powerful and the center of the world.” Similar occurrences can be found with movies like Red Dawn (2012), The Great Wall (2016), and Doctor Strange (2016), all three of which had storylines that were changed or scenes censored in order to be released in China.

Whoever has control over the dominant narrative in the entertainment industry will in turn be able to impact the focus group they desire to influence. In this era of globalization, particularly within this sect of the entertainment industry, the focus group isn’t just the average American, nor just the average Chinese; it’s the global media consumer. Whether it’s the Department of Defense or the CCP, the investments being made into blockbuster films in Hollywood are setting an agenda. If the consumer isn’t aware of this, they play into the propaganda. The U.S. has long enjoyed using Hollywood as a tool of soft power to promote patriotic messages of America to its base at home and around the world. Now, the country faces a real challenge as the CCP vies for the same global cultural influence with the economic incentives needed to draw Hollywood into the agenda.

Whether or not the average movie goer is aware, two of the strongest governments in the world are in a conflict that is taking place on their screens, and there’s not much they can do about it except grab some popcorn and watch the show.