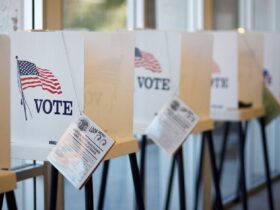 Cyberattacks and the Threat to American Democracy

Amidst the fear stirred up by the naturally occurring Ebola outbreak, it is important to remember that the anthropogenic biological terror threat remains a potent one.

The deadliest Ebola outbreak in history still rages on in West Africa. The death toll has exceeded 1000, but the disease remains contained within the African continent, at least thus far. The United States is yet untouched by the threat, as it has always historically been—however, this is not due to the prowess of American biodefense. We have simply been lucky.

A biodefense policy founded on luck is deserving of the poor marks issued by the Bipartisan WMD Terrorism Research Center in a concluding report. The stakes are simply too high for when our luck runs out, whether that be by natural chance or, potentially more devastatingly, by a terrorist. Amidst the fear stirred up by the naturally occurring Ebola outbreak, it is important to remember that the anthropogenic biological terror threat remains a potent one. The National Security Council estimates that an intentional bioweapon attack might result in human loss in the hundreds of thousands, and economic loss upwards of $1 trillion.

Perhaps with these potential ramifications in consideration, the biological threat has climbed the list of national security priorities in recent years. Despite proposed budget cuts throughout the Pentagon, planned spending for FY2015 on bioweapon tracking and surveillance—to be carried out by the Defense Threat Reduction Agency (DTRA)—will remain practically unchanged. This is positive, yes, but a slew of recent incidents are a firm reminder that work remains to be done.

Understanding the threat is a prerequisite to containing it, especially in the case of biological weapons. There are two categories of biological threats: pathological, which involves living organisms or viruses, and toxin-based, which involves non-living agents. Historically, two biological attacks have occurred on US soil: a religious cult added Salmonella to restaurant food in Oregon in 1984 resulting in several hospitalizations (but no casualties); a week after September 11th, letters containing anthrax (a major potential bioweapon that could be used against the US in the future) claimed the lives of five Americans. This threat is unique in that it recognizes no borders and has a frightening degree of chaotic autonomy. It makes the mundane dangerous; it acts silently and slowly. It is invisible, and it can evolve to become more robust over time.

Scientific advancement has exacerbated the threat. It has allowed mankind to harness the living weapons beyond their natural form, to direct their development and evolution, and to direct them in maximum numbers with maximum efficiency at a target. A force of nature can now be controlled, made exponentially more powerful as with chimaera viruses (read: a potential virus with the endurance of anthrax, the symptoms of Ebola and the communicability of the flu), and weaponized. This is what makes the biological threat the most dangerous of all.

The pieces necessary to create a biological or toxin weapon are far more readily available than those needed for a nuclear weapon. Creating novel microorganisms is a practice commonplace even in high schools—imagine what a state with billions of dollars at its disposal could do, especially when DNA sequences and entire genomes of dangerous pathogens can be found online or be purchased. The capacity to build a bioweapon hence exists at both the state and non-state levels. The Biological Weapons Convention of 1972 banned biological and toxin-based weapons stockpiling and production by states, but its highly ambiguous language and lack of inspection/compulsion mechanisms leave it a gentleman’s agreement at best. Meanwhile, DTRA has undertaken efforts to reduce the biothreat in former Soviet republics, including Russia, Kazakhstan, Uzbekistan, Georgia, Azerbaijan and Ukraine, as part of the Cooperative Threat Reduction program. These efforts, unfortunately, face a setback—the US’ own labs have holes in their security that have recently come to light. Some 86 Centers for Disease Control and Prevention (CDC) lab workers were recently infected with anthrax, because “expert protocols were not followed”. Worse yet, earlier this month a small stockpile of smallpox was discovered at the National Institutes of Health—in an attempt to remove and safely store them elsewhere, some of the potent disease was spilled. The CDC suggested itself in 2012 that there were 727 incidents of theft, loss, or release of biological agents between 2004 and 2010. How can we have any authority in assisting other nations’ biodefense programs when our own purportedly sees accidents like this on an average of “over twice per week”? How can we encourage other countries to keep tabs on their research and development programs when our own researchers are allowed to create novel, potentially pandemic strains of bird flu (H5N1) with minimal oversight? The prevention aspect of our domestic and international biodefense posture looks miserable, and nations will not be the only ones to notice the glaring lapses. Terrorists will, too.

In the unfortunate scenario that a malevolent actor does obtain a weaponized biological agent and releases it in the US, the first step to resolving the problem is recognizing it in the first place. There will be no loud explosion, no mushroom cloud—how will we even know that the attack has been carried out? The system put in place in 2003, proudly introduced by President Bush in his State of the Union speech, is a biodefender that is both blind and impossibly slow. BioWatch has produced only false alarms since its implementation; if it ever does face a legitimate threat, the likelihood of actually detecting the agent is slim. Moreover, producing any result—which would need to be confirmed anyway by human personnel—would take 24 to 36 hours. These functionality issues and a scathing report from the Government Accountability Office (GAO) seem to have convinced the Department of Homeland Security (DHS) to look into more viable options such as a ‘Lab-in-a-box’, which will purportedly be able to identify up to six different organisms, and can produce results within three-hour intervals.

Yet, the crucial problem of biothreat recognition remains unaddressed. The leaps made in synthetic biology (the de novo engineering of organisms) and gain-of-function research (genetically enhancing existing organisms), alongside the decreasing costs of such research (down from millions of dollars to mere thousands), have produced the very real possibility that our list of microorganisms and toxins to watch for is obsolete before it is even updated.

Fortunately, even if we lack a perfect picture of our adversary, current response preparations are not quite as bleak as the prevention and recognition programs. The US currently has enough smallpox vaccines in its stockpile to inoculate every single citizen, enough anthrax vaccines to respond to a large-scale attack, and various therapeutic drugs to treat victims in the event of such an attack.

Sadly, those are all the positives that we can lay claim to. As of a 2012 New York Times article, there are “no new broad-spectrum antibacterial drugs in the stockpile and no new antivirals.” This means that we have vaccines for smallpox and anthrax, but no real responses to any of the other potential bioweapons on the list.

In the scenario that there were to be an attack using one of the biological weapons we are prepared for—say, weaponized smallpox—then a quick and organized response would be a prerequisite to surveillance and containment necessary to minimize losses, a National Institute of Health (NIH) report claims. Simply having enough vaccines does not suffice: the government must be able to quickly and effectively administer these vaccines, which requires a high level of organization and a reliable chain of command. These requirements are not reality, however. According to national security expert Randall Larsen, “Today, there are more than two dozen Senate-confirmed individuals with some responsibility for biodefense. Not one person has it for a full-time job, and no one is in charge.”

Having examined the problems with the US’ biodefense program and policy in three areas, I present the following policy recommendations:

Internationally, the US should look into bringing the Biological Weapons Convention (BWC) back on the table and giving it teeth by way of an inspection regime not unlike the present nuclear one. This should go hand-in-hand with the establishment of international biosafety standards and protocol, which would serve the added purpose of building confidence between states and acknowledging the biological threat as a serious global concern.

The biological threat is constantly evolving, gaining new capabilities and becoming increasingly severe. Another 9/11-level attack, spread of a pandemic disease, or worse should not be necessary for the US to acknowledge and address the holes in its biodefense infrastructure. Real solutions to threat prevention off American soil and response preparedness on American soil are ready to be considered and implemented. Despite the difficulty of recognizing our microscopic adversaries, our biodefense hinges on successfully minimizing the number of variables: the fewer there are, the more robust our biodefense. Even as it evolves, we must remain cognizant of the threat, coherent in our response and as much in control as possible. The rest, we can leave only to luck. 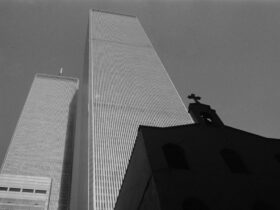