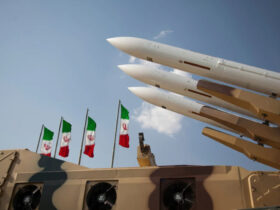 On July 15, during the latest BRICS Summit at Fortaleza, Brazil, the five countries of the BRICS Group (Brazil, Russia, India, China and South Africa) announced the establishment of the New Development Bank (NDB), a new international development bank aimed at assisting international development in the global South. The five countries also agreed on a Contingency Reserve Agreement (CRA), setting aside funds for emergency situations and to solve short-term liquidity crises.

What was once a Goldman Sachs acronym meant for businessmen looking for opportunities to tap new markets has now become a bloc of countries claiming to be the leaders of the developing world. The establishment of the BRICS institutions has given rise to much interest and speculation in the West.

The NDB and CRA are the latest institutions established in response to the Western-dominated international financial system. Set up at the end of the Second World War to avoid repeating the mistakes of the Great Depression, the Bretton Woods institutions were meant to act as the lender of last resort and provide governance over the international economy. Since then, the Bretton Woods institutions have acquired a rather sour reputation among developing nations.

The Bretton Woods institutions are also accused of acting on behalf of the West as interventionist powers. Whereas the IMF is meant to provide emergency funds in the crisis situations, often aid comes with strings attached. The IMF will subsequently work towards restructuring economies, forcibly opening markets for Western investors and imposing harsh austerity and fiscal responsibility measures. Developing and emerging countries from Brazil and Russia to South Korea and Argentina (where the government recently defaulted much to the ire of American creditors) blame IMF restructuring programs for historical or current economic woes. In the South Korean case, heavy-handed intervention in the aftermath of the 1997 Asian Financial Crisis (1997 AFC) resulted in harsh austerity measures and near-excessive Western acquisition of Korean assets. Public anger against the IMF and perceived economic neo-colonialism remains to this day in South Korea, where the 1997 AFC is called the IMF Crisis.

The rising power of emerging economies, particularly of China, combined with Western economic debilitation during the 2007-08 Global Financial Crisis (GFC) has convinced the BRICS that they can now carve their own destinies. As the BRICS themselves say, the BRICS combined make up 41.6% of the world’s population, 19.8% of global GDP, 16.9% of total global trade (combined value of exports and imports), and their combined GDPs grew more than 300% in the last decade. They deserve more than 11.03% of voting power and condescending Western negligence.

As the BRICS countries come together to establish new institutions, they pledge to do things differently from the Bretton Woods institutions. The NDB will practice an equal voting system, with all of BRICS having one vote in the Bank. The idea is that as collective leaders of the developing world, all should have equal say in NDB matters.

Beneath the façade of cooperation however is an arena broiled in politics. Of particular interest are Russia’s interventionist intentions and Indian and Chinese competition for global leadership.

For Russia, increasing international pressure from the West has forced Russia to look East and beyond for much needed cash and support. The NDB is the perfect candidate for such a support base. Perhaps the NDB will end Russia’s dependence on the Bretton Woods institutions. Should this come to pass, Russia will be more emboldened in its actions knowing it can afford to lose sympathy from the West.

For India, the NDB provides much needed catalyst for Modi’s new presidency. The Modi Administration’s publishing of the first budget had led to some disappointment due to lack of direction. For Modi, this was a chance to re-galvanize enthusiasm for his administration by showing global leadership. Yet, much to India’s disappointment, high expectations for the BRICS institutions have been dashed. India was the party that fought the hardest against China during negotiations, wishing to base the NDB in India rather than China. The compromise was that the first President of the NDB would be Indian, but it is clear that India must look elsewhere to reach its potential and exercise leadership.

For China, nothing short of global leadership is at stake. Being the richest of the BRICS nations, China sees itself as the natural leader of the BRICS and sees the potential to use these new institutions to widen its global influence. The decision to place the headquarters of the NDB in Shanghai as well as China’s large contributions to the CRA clearly signals China’s dominance in the group.

The BRICS Institutions also lend China a much-needed chance to bolster its reputation abroad. China’s aid is notorious for propping up authoritarian states and for turning a blind eye to the benefactors’ human rights abuses. Chinese aid is largely perceived to be merely a tool in China’s overall geopolitical strategy. While it is clear the American government uses aid to further national interest, the IMF and World Bank help “legitimize” American aid, making it more politically palatable. The BRICS institution promises to fulfill the same function for China, with the CRA’s objective of non-interference also matching up nicely with China’s own protocol of non-interference.

Future for the BRICS Institution?

Many see the NDB as a potential rival to the IMF and World Bank. Some may even see it as the latest development in an ongoing Sino-American rivalry, with the newly established Shanghai-based NDB rising to challenge the Washington-backed IMF. Others still, including the World Bank President Jim Yong Kim, believe the new institutions can complement the Bretton Woods institutions.

Whatever the viewpoint, it is clear that there are still many questions going forward for the NDB and CRA. The first concern is simple. There seems to be a lack of overall vision and inner coherency for the NDB and CRA. The BRICS countries indeed have little in common with each other. The starkest difference is that Brazil, South Africa and India are democratic, while Russia and China share authoritarian systems. China’s economy is 28 times the size of South Africa’s. Some have even speculated that the only thing holding the BRICS together is their dealings with China. In contributing to the NDB pot, China had wished to shell out more, but South Africa could only spare $10 bn. Constrained by equal contributions and equal voting power, the Chinese had to lower funding for the NDB from $100 bn to $50 bn, already exposing a potential problem in the BRICS institutions.

Second is a concern over leadership capabilities. None of the five BRICS countries have extensive experience governing multilateral organizations. Perhaps the Shanghai Cooperation Organization (SCO) of China, the Eurasian Economic Union (EEU) of Russia, South African participation in the African Union and Brazilian participation in Mercosur may count as multilateral experience. However, the former two are seen as extensions of national ambitions rather than true instances of multilateral governance, while all of the mentioned organizations are restricted in their membership by continental and regional lines. In terms of leading a global front, all five BRICS will find themselves experimenting and improvising, without the IMF’s wealth of experience gained from decades of consensus building and programs.

Another valid question is whether the BRICS Bank merely reflects the Beijing Consensus. Considering clear Chinese dominance of the BRICS, speculation arises as to whether China through the NDB will truly provide a voice for emerging economies, or whether the NDB is only an extension of China’s national ambitions. The BRICS countries accept Chinese leadership only with great caution. While all are eager to use the BRICS institution as an expedient way to gain access to Chinese cash, they are mistrustful of Chinese intentions in leading the BRICS institution. The levels of mistrust combined with the lack of coherence leads to serious questions about the potential effectiveness of the institutions.

Finally, the effectiveness of NDB and CRA themselves are in serious question. Both the NDB and CRA have small cash pools, with $50 bn and $100 bn respectively. While the NDB seeks to provide developmental loans to the developing world, development projections by the World Bank for South Asia alone estimates $2.5 trillion over the next 10 years. Argentina’s recent default saw it drop about $15 bn in debt. Should Argentina, along with many other developing countries, look to the NDB and CRA for an IMF workaround, those institutions would likely face such challenges.

It’s still far too early to predict the trajectory of the newly established BRICS institutions, but its clear that many challenges still remain. If the BRICS institution can gain traction and become a powerful international financial institution, it might very well become the IMF’s next competitor or partner, depending on whatever trajectory the BRICS set. It’s difficult to tell whether the BRICS institutions will become an extension of Chinese economic diplomacy, a formalized way to gain access to Chinese funds, or a truly multilateral institution reaching out to the developing world and providing an alternate voice to a global economy dominated by Bretton Woods.