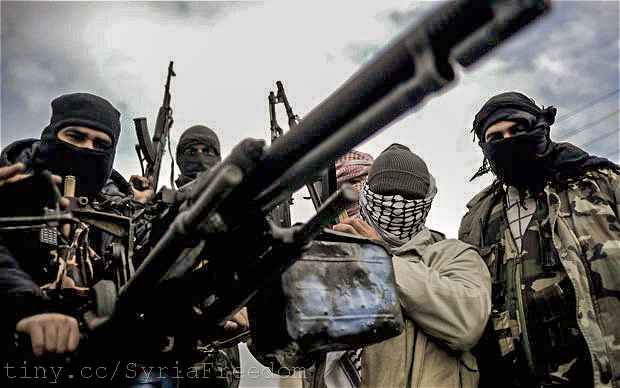 The Ethics of Intervention

With an advanced and ever-growing communications technology sector, India would appear an ideal candidate for the use of mobile money to foster financial inclusion in communities without access to brick and mortar banks. In a 2014 keynote address in Mumbai, Raghuram Rajan, governor of the Indian reserve bank noted that, “With over 900 million mobile phones, the potential for mobile banking as a delivery channel for financial services is a big opportunity in India.” And yet, the country’s mobile banking lags behind many other nations. Why?

Financial inclusion refers to a person’s access to fundamental financial services, basically the ability to save and transfer money. Without financial services, many individuals have no effective way to store and move wealth, leading to inefficiency, insecurity and irregular consumption. Globally, over two billion individuals remain unbanked, and the use of mobile money as a way to “leapfrog” traditional banking sector development has grown immensely. M-Pesa — a branchless banking service founded in Kenya — expanded widely, with its capital flows accounting for over 40% of Kenya’s GDP in 2013. While the M-Pesa is also available in India through a different provider, its use has not increased nearly as much.

Many believe Kenya owes its success with mobile money to responsive and open regulatory structures. M-Pesa began as practically the first venture of its kind—a joint collaboration between the Department for International Development (DFIK) in the UK, and Safaricom, a mobile network provider in Kenya. The M-Pesa was thus afforded considerable first mover advantage as well as monopoly status. Because no existing regulations were in place, Safaricom was able to develop lenient rules following the Central Bank of Kenya’s “Test and Learn” approach to regulations. These included minimum requirements for mobile money agents, which allowed quick expansion into rural markets.

While India considers financial inclusion a top priority, its framework differs considerably from Kenya’s. Indian regulations require that mobile money transactions only occur when they are tied to a traditional bank account. For the unbanked households in India, many of which are in thinly populated rural areas that lack infrastructure, such a policy eradicates any benefits of the use of mobile money. Furthermore, the small size of transactions and higher costs of developing infrastructure make the establishment of brick and mortar banks in rural areas unattractive to private banking institutions. The Reserve Bank of India also limits P2P transactions, requiring that any third party agents be within a 30 mile radius of a formal bank. Overly complex and robust Know Your Customer (KYC) policies impose high entry costs that discourage the establishment of mobile money.

But India’s problem isn’t just regulatory. Prior to the Great Recession of 2008-2009, India had a robust network of microfinance institutions that provided small loans to individuals unable to gain access to capital through formal financial institutions. In Andhra Pradesh in 2010, consistent over-lending led to a pronounced increase in over-indebtedness and default. Microfinance organizations resorted to extreme measures to generate loan repayment, driving over 200 individuals to suicide, and causing significant socioeconomic tension. For many households, interactions with microfinance institutions constituted their only relationship with the financial sector, and so the crisis led to a general loss of trust in banking. “The crisis in Indian microfinance has done incalculable damage to an industry that has sustained itself on the basis of reputation and trust” says Joseph Stiglitz, a Nobel Prize recipient and economist at Columbia University. Many microfinance institutions, especially small ones, rely predominantly on informal agreements rather than legal mechanisms. For these to work, mutual trust must play a huge role. While the lack of expansion of mobile money in India may reflect regulatory frameworks, it’s also about the negative perceptions of the banking sector and the interactions between the two. Current policies in India not only stifle willingness to supply mobile money; they also offer little to no safe guards or assurances for consumers.

While India has attempted reforms to create greater incentives and feasibility for mobile money, it has done little to attempt to address issues of trust. A key facet of Kenya’s approach with the M-Pesa has been fostering relations between agents and clients. Unlike India’s centralized structure, the M-Pesa operates using a highly de-centralized and diffuse model that allows agents to gain a rapport and trust with clients. Furthermore, the use of M-Pesa in Kenya first began as a platform for remittances — money sent by a person overseas to their home country — which is an importance source of welfare in Kenya. This allowed clients to interact with the services in a capacity they were familiar with.

While Kenya’s model may seem ideal for India at first glance, there are considerable obstacles to reform. As a monopoly, Safaricom is well trusted in the industry but also imposes relatively high transaction costs. In India, multiple mobile money companies already exist, so the idea of establishing a preeminent trusted organization may be difficult or undesirable. The first mover advantage that allowed Safaricom to interact flexibly with relevant regulatory bodies and enjoy an extensive amount of freedom in decision making can’t be replicated in India. Although India may not be able to emulate Kenya’s model, comparisons between contrasting laws and India’s recent history with the banking sector lends to certain policy considerations. Namely, India should determine how to best configure regulations to incentivize the expansion of mobile network operators into mobile money, as well as generate better safeguards and mechanisms of trust for consumers.

Anbar Aizenman is a sophomore studying Economics at the University of Southern California. She spent the past summer in Iceland, Norway and Finland, conducting research on the effects of climate change within the Arctic and its impact on resource development and Chinese-Arctic relations. She also conducted research on the economic implications of climate change, preparing curriculum to be taught in secondary school courses through the Teaching in International Relations Program. Her interests include financial inclusion, health economics and international development.