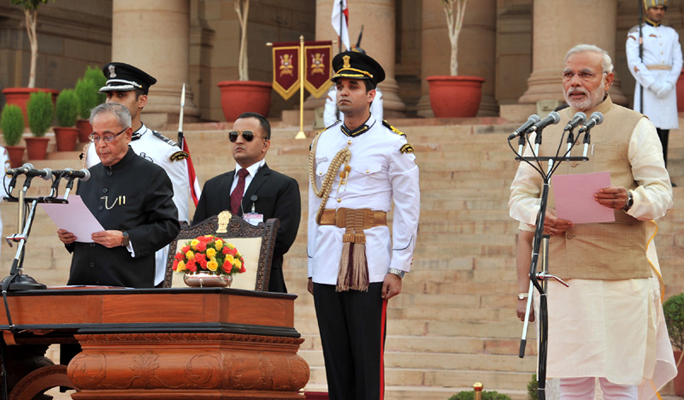 Mokusatsu. In stating the Japanese cabinet’s position on the Potsdam declaration, Premier Kantaro Suzuki uttered this notoriously vague word, which could mean either to remain in a state of “wise and masterly inactivity” or to respond with “silent contempt.” While for the Japanese it was clear that Suzuki wanted to give an ambiguous answer—the cabinet was still deliberating on English translations—the Allies interpreted the response to mean the Japanese premier and cabinet were firmly against surrender. Ten days later, Hiroshima was leveled. The translation of Mokusatsu is now permanently a part of the NSA’s lesson journal.

Cooperation inherently requires an understanding of the “other side”, which is near impossible without a reliable line of communication. Foreign languages often make it easier to characterize unfamiliar peoples as enemies, inducing elitism and racism. The term barbarian comes from the Greek root barbar, or, “person speaking a language different from one’s own.”

Throughout history we see diplomatic efforts compromised by language barriers. England’s 1793 Macartney Mission to the Qianlong emperor in China failed partly because the English delegation brought four Chinese Catholic priests to serve as interpreters and translators. They knew Latin, not English, and as Catholic priests who had studied in Italy, they had a limited understanding of the byzantine rules and politics of the Imperial Qing Court. Both sides, unable to communicate effectively, ultimately looked down on the other with suspicion and prejudice. The failure of the mission was a major step towards the Opium Wars that would ravage China.

Even in the present day international diplomacy is hampered by costs associated with language translation and interpretation. The cost to translate one page of a United Nations document into all the official languages is equal to the annual living cost of a single person in a developing country. With millions of pages of documents coming from the UN and other institutions, the price tag is prohibitive despite having only five official languages. There are simply not enough skilled professionals, even in critically important arenas like the War on Terror. During the wars in Afghanistan and Iraq, the dearth of people fluent in Arabic resulted in a backlog of 123,000 hours of counter-terrorism-related recordings.

Prohibitive costs and a lack of language professionals also mean that there is no information consistency. International journalism in particular suffers from the lack of cheap and quick translation. News gathering organizations such as the Associated Press in the US often translate or analyze local media reports and sell them to all the major news reporting outlets, which then create their own reports or op-eds that are then used by smaller outlets. Thus, our access to foreign journalism and information is severely limited by the slow and costly speed of translation. For example, most sophisticated analyses of the recent South Korean parliamentary elections are in Korean, and are inaccessible to non-Korean speakers, who generally only have access to news reports in their own language that summarize results and basic trends. When comparing search results related to the parliamentary elections on Naver (a Korean search engine) and Google, we see that it is impossible to obtain even basic information about the candidates of the various districts, demographic details or the list of proportional representation candidates in English.

Now, cloud computing may finally be able to eliminate this historical information barrier, and revolutionize translation. Machine translations, 60 years in the making, have a reputation for horrible and even comical results (e.g. Google Translate). Bad translations can be even worse than no translation, causing aspiring interpreters and translators to make grave mistakes. However, a revolution in machine translation is right around the corner. Joining the likes of IBM’s Deep Blue and Watson, Google’s AlphaGo recently beat Lee Se-dol, the best human player, at the complex game of Go, demonstrating a path to crack the complex challenge of foreign languages.

Because of Go’s complexity, it provides a strong comparison to language systems. Languages, like the rules of go, have uncountable variations and permutations based on perfect information and non-chance combinatorial grammar rules. Go is often characterized as Asian chess, yet it is far more complex and nuanced (for a complete explanation of how to play click here). Mathematically, there are approximately 1050 legal positions in chess, while in Go, there are approximately 2*10170 legal positions, not taking into account the order of moves played. (For reference, there are between 1078 to 1082 number of atoms in the observable universe.) The number of variations in the first 40 moves alone surpasses this astronomical figure.

For programmers, go and language are both puzzles unsolvable through brute calculation. However, AlphaGo’s innovation is its use of two deep-neural networks to make decisions and choices. One neural tree, the “policy network,” predicts the next move and narrows the number of considered moves by calculating which move is likely to lead to a win, reducing the breadth of search. The other neural network, the “value network,” reduces the number of future moves that AlphaGo predicts and analyzes them by estimating the set of moves with the highest probability of winning, rather than predicting the game to the end with every permutation. The program uses the power of Google Cloud computing to access already existing global computing infrastructure, eliminating the need to build costly servers.

AlphaGo’s programming methodology is crucial for language applications. Brute calculation can only string words together without considering the complex relationship between connotation and denotation. Neural networks that have been “sensitized” to the vast majority of cases and permutations found in language will be able to overcome this impediment. AlphaGo learned by evaluating 30 million human moves in Go’s recorded history and played numerous games against itself in a form of reinforcement learning.

Following this pattern, a language version of AlphaGo would have access to the millions of human translations that exist on paper and online to train itself. Of the two neural networks, one neural network could potentially measure the statistical accuracy of the word within the sentence, while the other network looks at the sentence’s relationship to the word.  Powered by cloud computing, anyone with a computer and the internet could have access to this technology. Just like in Go, it is not hard to believe that computers will be able to offer creative, yet accurate means of translating and interpreting texts better than human beings.

In a future with computers that can translate and interpret languages, globalization will undoubtedly boom. There will be revolutions in second and third language acquisition, as students studying Vietnamese or Russian train with digital language partners. Multi-national corporations will become even more international as a South Korean corporation operating in Turkey would be able to immediately analyze and adapt to customer responses to its new product. Ironically, cold mechanical computation will pave the way towards greater mutual understanding, empathy and cooperation between cultures and countries. No longer plagued by misinterpretation and misunderstanding, diplomacy will flourish; a US negotiator will know exactly what his Japanese counterpart means when he responds mokusatsu.