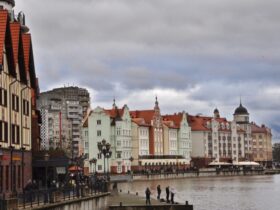 Although you probably did a double take when news broke that the politician who lost to George W. Bush in the 2004 presidential election is now handling our volatile international affairs, Secretary of State John Kerry has already proved to be a defter politician than expected.

While the post-Gadhafi state of Libya remains in shambles, Kerry’s actions as Secretary of State have already contributed to an upsurge in Islamic militia groups contending for power amidst the State Department’s “capacity building” project within the region. In what was supposed to be a top-secret discussion between the U.S. and Libyan governments, interim Libyan Prime Minister Ali Zeidan agreed to a U.S. commando raid in Tripoli to capture al-Qaeda figurehead Nazih Abdul-Hamed al-Ruqai (Abu Anas al-Libi) who was accused of orchestrating the attacks on American embassies in Kenya and Tanzania in 1998. The mission was designed to call no attention to al-Libi’s disappearance.

But the impatient State Department took it upon itself to improve the relationship; Kerry jeopardized the security of Libya’s nominal leader when his administration leaked that the Libyan government was aware and supportive of the al-Libi pursuit. After Zeidan expressed concerns regarding the operation to al-Libi’s family, Zeidan was “escorted” out of his luxury Tripoli hotel by a group known as the Operations Room of Libya’s Revolutionaries. Within hours, he was returned unharmed. While this bizarre six-hour kidnapping prompted by Kerry’s words may have seemed more like a coerced play-date than anything else, it is indicative of far graver problems. Coming out of this imbroglio, an initial concern is that al-Libi’s capture will only serve to further fuel al-Qaeda’s incalculable scorn for the West. This will drastically heighten security risks facing U.S. embassies and other American assets in the region.

Moving beyond the obvious missteps, most groups within Libya view the Prime Minister’s abnormal and unexpected kidnapping as a sign of an acute weakness within the government. Because the interim leader of the country could not even avert being kidnapped – regardless of the fact that it was only for a few hours – there is consensus among Libyans that he is not capable of leading the country forward. Zeidan is now considered to be something of a cancerous cyst to the already debased government; and with that now being the primary sentiment, we are likely to see the strongest push yet by Islamic militia groups quarreling for political power to orchestrate a coup. As unfathomable as it may seem, Libya will inevitably fall into a further state of degeneration and chaos because of this fiasco.

Now that Zeidan’s capture (along with plans of another capture of another al-Qaeda operative) are public knowledge courtesy of White House releases, it will be infinitely more difficult for the State Department to carry out additional commando operations in pursuit of key al-Qaeda members. Had Zeidan’s detention remained under wraps, there would have likely been little suspicion of his whereabouts as brief disappearances are common fare in Libya. But because the operation became public, al-Qaeda is now aware of the fact that the U.S. is on the hunt. Subsequently, al-Qaeda is now likely to take care in covering its tracks and severing any communications that may provide intelligence agencies with a hot trail in their chase.
So in his supposed focus on “building capacity” within Libya, John Kerry has managed to heighten the security risks posed by al-Qaeda and make the pursuit for key terrorist leaders abysmally more challenging all while plunging Libya deeper into a state of pandemonium. Bravo, Mr. Kerry – it seems as though you are the right man for the job after all!In sum, the brilliant leak from the White House, which seemed to have been something of a trial balloon released out of ignorance, greatly undermined the neo-colonial regime established in Libya by Washington and its NATO allies following the overthrow Gadhafi in 2011. The flop highlighted the incompetence of the U.S. in artificially establishing regimes within unstable regions such as Libya. However, this is not the only instance in which Washington’s intervention has proven itself to be futile and damaging. Consider other neo-colonial endeavors such as operations in Afghanistan and Iraq – both ended in seemingly endless states of war and state capacity remains frighteningly low.Although it is only Zeidan’s kidnapping that is at the center of national discussions at the moment, the repercussions will no doubt begin to unfold in the near future. Perhaps Libya’s impending situation will strike a chord within Washington and officials will finally come to realize that such neo-colonial interventionist efforts have, and always will, lead to heightened disdain for the West and more rapid and severe degeneration of the country being occupied. Given the White House’s track record, it seems more likely than not that nothing will be learned from the mistake. Going forward, American national security interests will face greater challenges in the region and, if the winds continue to blow in the same troubling direction, the State Department will continue to make diplomatic fumbles as it harms both itself and its “allies.”
The views expressed by the author do not necessarily reflect those of the Glimpse from the Globe staff and editorial board.