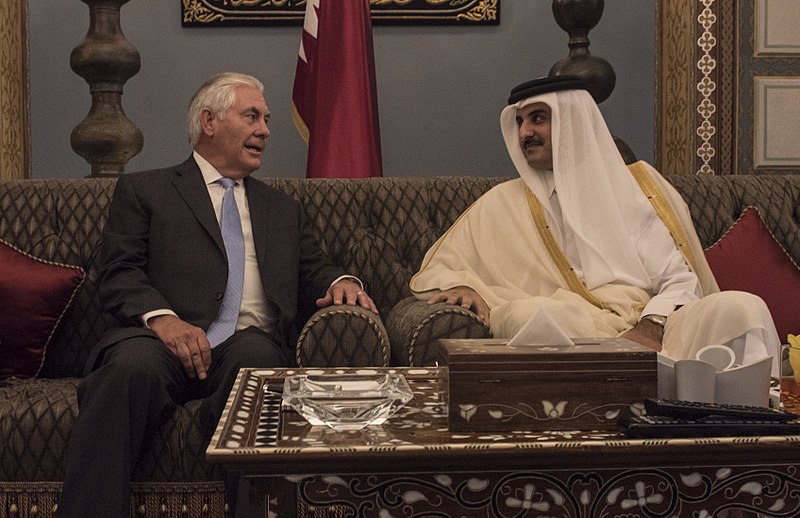 Changing Relations of the Middle East: Fallout from the Qatar-Gulf Crisis

Last month, the Mexican Supreme Court of Justice of the Nation decided in a 4-1 vote that growing marijuana for personal consumption is a human right. Four activists – founders of the Mexican Society for Responsible and Tolerant Personal Use – served as plaintiffs in the case. Though the ruling technically only applies to the four of them, the case is sure to set a precedent and contribute to the Mexican legislation’s debate about legalizing medical marijuana.

This is a rather ironic twist in the drug war—typically it is American decisions on drug enforcement that have a grave impact on Mexican society, oftentimes encouraging corruption and gang violence. But if Mexico legalizes marijuana, the war on drugs could take a turn for the better. Marijuana is only a fraction of the drug trade between the United States and Mexico, but it is still a large business. Roughly 40% of the $100 billion Americans spend on illegal drugs is spent on illegal marijuana.

It is estimated that over 60,000 people were killed in Mexico between 2006 and 2012 from drug-related violence, with an additional 26,121 disappearances. The drug war has devastated families and businesses in Mexico for years—the LA Time’s ongoing expose, “Mexico Under Siege”, shows graphic examples of the damage. Drug cartels rule much of Mexico and have infiltrated high levels of government for the sole purpose of getting a hand in the US drug trade. Such corruption has become an integral part of Mexico, so much so that it is believed drug lord El Chapo escaped a maximum-security prison only with the help of high-ranking officials.

The United States has been waging a failed war on drugs for over a century. In the past decade, drug use has been relatively stable (if not on the rise for certain demographics/drugs), but policy has barely budged. Policy highlights include mandatory minimums that put non-violent criminals in prison for life and the Controlled Substances Act, which labels marijuana just as dangerous as heroin and more dangerous than cocaine.

The United States’ repeated failure with marijuana policy has directly increased violence and corruption in Mexico. Drugs succeed on a simple supply and demand system. If Americans want drugs, someone will produce and supply them. The most immediate concern shouldn’t be to limit consumption, then, but how to make it such that Americans can safely obtain desired substances without causing destruction in the supplying country.

Medical concerns aside, the most surefire way to eliminate an underground market is to take it above ground. And the United States seems to be leaning in the right direction with its policy of marijuana legalization. Medical marijuana is legal in 24 states plus Washington, DC, and recreational usage is legal in five states. Experts believe that the more states that legalize marijuana, the more the drug will be grown legitimately and locally instead of trafficked in by Mexican cartels; US border control seized 1.9 million pounds in 2014, a giant drop from 2.5 million pounds in 2011.

Mexico, on the other hand, doesn’t have to jump through quite as many hoops to pass laws. It may appear as though Mexico is taking baby steps with the recent ruling, but the country has the ability to push through marijuana legislation much faster than the US. The glaring roadblock for legalization in Mexico will be the cartels and the corrupt officials who represent their interests. It is in the cartels’ best interest to keep drugs illegal—and they wield a lot of silent power in Mexico.

Luckily, Mexico’s Supreme Court is able to bypass the government and directly affect law. To do so, they must address four cases similar to the recent ruling, and with this win confirmed that doesn’t seem entirely unlikely. There are concerns that the most recent nominee to the court is in the pocket of the PRI and President Nieto, but the Supreme Court is potentially the least corrupt of Mexico’s branches of government.

If in fact that is true, then a review of the four cases necessary to legalize marijuana consumption becomes more probable. From there the Supreme Court could take on cases of growth and sale, thus legitimizing local growers and taking power away from the cartels.

The quickest way to end marijuana’s role in the drug war would be to decriminalize marijuana production and consumption in the United States entirely, but the legal and political climate makes this highly unlikely. So, it would be in the US’s best interest to start by supporting the legalization of marijuana in Mexico. Yes, it could create a larger supply to funnel across the border. But even a marginal decrease in cartel power would save hundreds of lives in Mexico and millions of dollars in the US. Not to mention it would give the US a sizeable case study on the effects of fully legalized recreational marijuana for sociological and medical research.

The war on drugs cannot be won in a matter of years. Anti-drug policies with harsh sentences have been in place for decades, as have the cartels. But any step towards legalization lowers violence, and that ought to be the first priority for both the United States and Mexico.