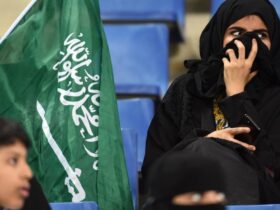 There is no doubt that the coronavirus pandemic is threatening democracy in a world where freedom has already been withering away. According to Freedom House’s annual report, 2019 marks the 14th year in a row where freedom is declining — consider the global pandemic the final nail in the coffin.

Coronavirus has and will continue to worsen this issue. Some leaders have already abused the situation to pass oppressive laws, and possibly rig elections. These kinds of actions, without fail, will continue in the future, even with the worst of the pandemic behind us.

Since March, over 80 nation-states declared a state of emergency in response to the pandemic. In Hungary, Prime Minister Viktor Orbán — who is known to have weakened Hungary’s democracy prior to the pandemic — also took advantage of his country’s state of emergency. In March, the Hungarian Parliament authorized a bill giving Orbán increased control. The Prime Minister is now allowed to suspend existing laws and rule by decree.

In March, Orbán passed a law that allowed officials to charge citizens with five-year prison sentences if these people spread disinformation. This law was undemocratic in nature, as the state’s definition of “disinformation” could include criticism of state policy. Orbán limited freedom of speech — an essential pillar of democracy. These powers can become problematic when untrustworthy and undemocratic leaders use the pandemic to advance personal agendas and try to hold on to power.

The suspension of elections throughout the world has raised questions about the fairness and legitimacy of administrations, especially ones that have significantly low public trust. In Ethiopia, the country’s national election was scheduled to take place in August. However, the National Election Board of Ethiopia postponed the election. Following this decision, the government extended Prime Minister Abiy Ahmed’s term. Ahmed has already served for two years.

A referendum on whether to continue Ahmed’s reform for the country or not was originally on the August ballot. As a result, some of Ethiopia’s leaders are now questioning the administration’s legitimacy. Additionally, they are concerned that there will be a rise in public unrest without elections taking place. While concerns of exploitation are valid, public distrust in government due to the pandemic’s push backs of elections could decrease democratic participation in the future. If citizens do not believe that their government is legitimate, they may choose not to vote as they will think that their vote doesn’t matter. Moreover, public distrust of government could lead to violence and possible coups in the following years. This could very well lead to a demorcatic country taking on a different kind of government.

Leaders and citizens should be increasingly concerned. Burundi, another country in East Africa, was supposed to hold its first real democratic election since 1993 this year. Burundi did go through with the election; however, due to the Coronavirus, international election observers were unable to attend and monitor balloting. Despite the Burundi court denying the claim of irregularities in the election, international leaders continue to question the results.

While some clings to power are more objectively illegal than others, the November election in the United States is looking like it may potentially be compromised due to extreme voter suppression. President Donald Trump is working to defund the United States Postal Service, which would make it difficult for the Post Office to ensure that all mail-in ballots can be counted in the election. Previously, many states already had no-excuse mail-in voting, and other states offered absentee ballots if citizens could not attend their assigned polling location. Additionally, many college students or those living out of their home states use this service to stay politically active while away from home.

During a pandemic, getting rid of mail-in voting by defunding USPS is wrong. It is a blatant exploitation of our situation. Mail-in voting would allow citizens to vote from home instead of risking their health by going to polling locations. As polling locations are also limited in some areas due to voter suppression that was already happening before the pandemic began, going to an overcrowded polling location could become a health hazard. It’s no question that Trump hopes that this suppression will help him win the election.

Despite the future of democracy looking dicey, more than two-thirds of voters took part in the South Korea national election. This was the highest turn-out in the past 28 years. Voters wore masks, hand sanitizer and gloves were provided at each station, temperatures were checked, and voters stood six feet apart. There were even separate stations for voters who showed symptoms.

South Korea should serve as a model for the rest of the world. The international community must encourage nation-states to take these precautions, while still upholding democratic pillars and values. However, it is also important to note that the success of South Korea’s elections would not have been possible without their swift and strict regulations at the beginning of the pandemic. Countries like the United States must bring their numbers down now in order to protect voters and our democracy.

The United States has spent most of the 1900s, and the larger part of the 2000s, aggressively protecting and fighting for democracy. While some of these policies were justified, and others were not, the international community still ought to strive for democratic ideals. This pandemic has undoubtedly exacerbated the global rise in authoritarianism, and unless countries act boldly once again, we will soon live in a more unfree world.