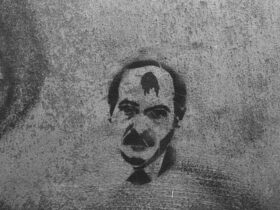 Alexander Lukashenko’s Past, Purpose and Future

In August 2019, the Indian government approved changes that revoked the autonomy of Kashmir: stripping it of its constitution and imposing “security measures” that prevent freedom of movement, assembly, and protest. The abrogation of Article 370, an article in the Indian constitution that gives Kashmir a special status, its own constitution, and the freedom to make laws for the permanent residents of the region, resulted in tens of thousands of additional Indian troops being deployed in what is the most heavily militarized zone in the world. In addition to the deployment of troops, schools and colleges shut down, tourists were ordered to leave, the region’s political leaders were placed under house arrest, and telephone and internet services were suspended.

It has now been over a year since the shutdown has been imposed in the region making it the longest-ever internet shutdown in a democracy.

The internet kill switch was a mechanism that was originally created to serve as a safety net against large-scale cyber warfare. Today, it is often used as a form of repression. Internet shutdowns and slowdowns are considered features of authoritarian regimes and the irony of such a practice taking place in the largest democracy in the world is not lost on the Indian people.

India is, in fact, commonly referred to as the internet shutdown capital of the world — no other government has exercised this power with as much frequency. Shutting down the internet has become a regular feature of law enforcement in India. This tool has pushed the entire 8 million population of Kashmir into a blackhole where the world is unable to know what is happening inside this cage — and vice versa.

The most frequently used justification provided by the government for such behavior is “public safety.” A study conducted by a research scholar Jan Rydzak at the Stanford Global Digital Policy Incubator, shows that if public safety really is the government’s priority, shutting down the internet is unlikely to make much difference. The results of his study demonstrate that shutdowns do not discourage or prevent violent protests from taking place. He describes this action of the government as a “digital siege” and says that, “public safety is almost always a convenient excuse because in the vast majority of the cases it is written into the law of a given country that in situations of public emergency, the government has special powers to, for example, cut off communication.”

Ryzdak also explains the far reaching consequences this political decision has for India’s international reputation. As an ascendant power, the frequency with which India is shutting down the internet sets a bad example for other countries.

The impact of the internet shutdown has been catastrophic. It has affected every aspect of the Kashmiri people’s lives. Kashmiri students have not been able to access resources for studying, bringing their education to a grinding halt. A prominent newspaper, The Hindu, reports that students have ferried data by air, driven over 300 kilometers to download syllabi, and teachers, in the middle of the pandemic, have only been able to reach them sporadically.

COVID-19 has also caused Kashmir to slip from one lockdown to another. The impact of this double whammy was felt immensely when the rest of the country, like the rest of the world, moves to online classes. Despite the complete shutdown being lifted in January and limited internet access being restored, this internet is delivered in the form of obsolete and sluggish 2G services that cannot keep up with the demands of the Kashmiri people.

Students in schools in Kashmir are still struggling to find the means to set up remote classes due to the limitations of slow-speed internet access. Even when they try to make do with 2G services, blackouts still take place at regular intervals — sometimes lasting a few days. Additionally, whenever a gunfight breaks out between militants and government forces, the authorities move to snap internet access completely in that district or area. From January to June 2020, there have been 55 instances when mobile internet services were completely shut,  according to a report released by two Kashmir based Rights groups, JKCCS and APDP

Despite internet shutdowns not being new to Kashmir, this particular and most recent ban was much harsher in terms of economic impact than any of the previous ones. The economy of the region recorded a loss of nearly 4000 crore rupees (53 million USD) between 2012 and 2017 due to 34 instances of internet shutdowns, as per a report by the New Delhi-based think tank International Council for Research on International Economic Relations. This figure, albeit large, is nothing compared to the economic loss experienced by the region in the past year.

As far as businesses are concerned, a report released by the Forum for Human Rights in Jammu and Kashmir in July 2020 stated that economic losses to the tune of a staggering 40,000 crore rupees (5.3 billion USD) have been registered in the region since August 2019. In this year alone, from January to July 2020, Kashmiri businesses suffered a loss of 17,900 crore rupees (2.9 billion USD) amid the coronavirus pandemic. This data is based on estimates from the Kashmir Chamber of Commerce and Industries (KCCI).

At this moment, the state of Jammu and Kashmir is grappling with two major crises occurring simultaneously. The realities of an internet shutdown are only more pronounced within the context of the global pandemic. The abrogation of Article 370 and the subsequent digital silencing in the region represents the authoritarian nature of the current government in the world’s largest democracy.

If the government is truly concerned about public well being, it would do well to lift this draconian policy from the region and work with the local government and the people to serve their communities through this pandemic.

Anushka Sapra is a senior majoring in International Relations and Political Economy from Bangalore, India. In Spring 2020, she was an Education Programming intern for the Obama Foundation in Washington D.C. and previously interned at the Joint US-China Collaboration for Clean Energy in Shanghai, China. On campus, Anushka serves as one of two Head Student Ambassadors at the USC Admission Center and a Research Assistant to Dr. Jeffrey Fields. She is interested in the intersection of ethics, national identity, and security, with a focus on nuclear weapons and previously served as a Research Fellow for the Levan Institute for Humanities and Ethics. Anushka currently interns with Ashoka, a social entrepreneurship nonprofit.