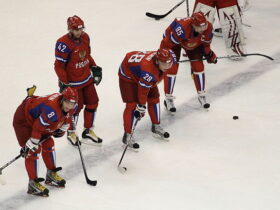 Last month, the Department of Defense (DOD) issued an “Arctic Strategy” white paper along with a positioning statement by Secretary of Defense Chuck Hagel. Major newspapers such as the Wall Street Journal and the New York Times ran stories summarizing the strategy, but the authors of this response feel that those analyses lacked context and stake. The Pentagon release on an Arctic strategy is not a hot news item, and the terms “Arctic security” do not figure much in public discourse. Arctic security encompasses the international agreements for search and rescue, environmental and ecological security, international agreements on border delimitation, Arctic military capability, as well as the economics resource extraction and the potential for trans-Arctic maritime trade. While a good start, the policy paper produced by the Pentagon is lacking substance. The authors of this piece seek to apply our diversity of knowledge studying Arctic politics – in the field – to provide context and recommendations in response to the Department of Defense. While we will discuss the politics of political and military security, the other issues of ecological security and Arctic governance will be addressed in kind.

Although the Pentagon emphasizes the need for greater international cooperation as a way to prevent the Arctic from becoming a militarized zone, it falls short in identifying effective means of multilateral security cooperation. The Pentagon’s Arctic strategy document supports cooperative efforts via the Arctic Council as well as regional military training exercises as ways to maintain peace. However, there still does not exist a multilateral forum for the five Arctic littoral states to discuss hard security issues. The Arctic Council is prohibited from engaging in security discussions, and Arctic nations seem reticent to mention these sensitive issues. Given the fact that each littoral Arctic state is gradually increasing its military presence in the region, it is crucial for the U.S. to engage Arctic nations on hard security issues to prevent a conflagration that could result in an arms race – one the public would likely not notice. Although conversations on hard security issues have occurred bilaterally, it is time to discuss these issues multilaterally. A potential forum could be a recurring Arctic security summit where both civilian and military representatives from each Arctic state meet to discuss the role of each nations’ military in the Arctic. This summit would be a step toward preserving the Arctic as a peaceful zone through meaningful dialogue and addressing the sensitive issues head-on. Without an honest and recurring dialogue on both hard and soft security issues, the possibility of the Arctic becoming further militarized would increase dramatically.

The decision by the US Congress to postpone, delay, and ignore the UN Convention on the Law of the Seas (UNCLOS) is beyond counterproductive. UNCLOS is de facto law in the Arctic Ocean since the US is the only state in the region that has yet to ratify the law. Ratifying UNCLOS will allow the US to make larger maritime claims in the Arctic. It will also allow the US to contest and petition Article 76, which allows nations to extend their maritime borders on the basis of how far their continental shelf extends. The Russian Federation currently has an outlying claim that would extend their claims as far as the North Pole. Considering an estimated 15% of the world’s oil and 30% of the world’s natural gas is in the Arctic region, it would be wise for the US to join other states in signing on to this international law. Furthermore, the potential opening of the Northern sea route to shipping means that the designation of Exclusive Economic Zones (EEZs) now has expanded political-economic significance.

Ecological Security and why it should matter to the Pentagon:

In the twentieth century, global air temperatures rose an average 1-2°C. This is nothing compared to the Arctic where temperatures rose 5°C. This comparison illustrates the importance of the Arctic environment as a climate change barometer. In 2012, scientists measured a 97% surface melt of Greenland’s ice sheet. This exceeded most accepted models and scientists are re-evaluating at what point in this century we may expect no summer Arctic ice. The questions of whether we will witness the disappearance of the polar caps is not one of ‘if,’ but ‘when.’ Since Arctic ecosystems are impacted more rapidly by climate change, understanding these changes is crucial to managing the effects on the world’s interdependent ecosystems. While climate change might not affect the DoDs daily operations, a dialogue between scientific research and political-military objectives should inform the overall strategy. The Arctic Council is an institution that already seeks to bring dialogue to the vast array of information, scientific or otherwise, relevant to the Arctic region and climate change discussions in general. Heightened dialogue between the Department of State and the Arctic Council would be a good place to start.

Need for Investment in Arctic Capabilities:

Although the Pentagon states its intention of increasing its presence in the Arctic, it also makes clear that the current fiscal environment may stunt further investment. Not asserting American interests would be a mistake insofar as an image of disinterest will be perceived as American weakness in the Arctic. Indeed, other Arctic nations already perceive a strong US disinterest in the region. The lack of an American presence in the region would also prevent US military and law enforcement entities such as the Navy and Coast Guard from protecting the integrity of territorial claims, carrying out search and rescue missions, executing law enforcement functions, and responding to environmental disasters. As of now, the US lacks sufficient dedicated Arctic resources for security and humanitarian purposes. While other US military equipment, such as nuclear submarines and aircraft carriers, have the capability of traversing the Arctic, the US does not have Arctic-specific resources to effectively respond to a disaster or other threats.For example, the US possesses only 5 icebreakers in its fleet and has had to lease icebreakers from Russia and Sweden in the past.This small number of icebreakers stands in stark contrast to Russia’s 37 vessels. Even small Sweden outdoes the US with 7 icebreakers. Due to climate change, the region will likely see increases in resource extraction, shipping, fishing, and tourism. This increase in activity in the Arctic would likely be accompanied by an increase in emergency situations. The US currently lacks effective Arctic capabilities severely limiting the ability to respond to emergency situations or security threats.

In order to mitigate these threats and to enhance US military and rescue personnel in the region, the US needs to invest more in developing Arctic-specific technology and infrastructure. For starters, the US should build a dedicated Arctic icebreaker fleet to better navigate the frigid terrain. Additionally, the US should explore the option of pursuing joint search and rescue exercises with all of the littoral Arctic states, especially Russia. These search and rescue and/or environmental disaster relief exercises would not be as controversial as conventional military exercises and would allow each nation’s military/law enforcement services to become more familiar with one another. Actively working to break the divisions of yesterday by building collaborative relationships today could ameliorate the potential for conflict in the Arctic.

The US is faced with the enormous challenge of increasing its Arctic presence while convincing other Arctic states that its intentions are peaceful. The US cannot afford to see the Arctic escalate into a zone of conflict and thus must handle this situation very delicately. The DoD’s Arctic strategy is a welcome policy document to a country that has historically lacked a significant interest in the region when compared to the other littoral Arctic states. However, the Pentagon’s strategy needs to incorporate more pragmatic and effective means of international cooperation to accomplish its objectives. In addition, the current fiscal environment should not influence the US’ ability to help secure and develop a region that will likely see a heavy increase in activity due to climate change. Both US military and civilian units need to invest more resources into developing superior Arctic capabilities to better respond to disasters while protecting American interests in a region that is growing in significance and accessibility.

In the 19th century, the established nations of Europe met in Berlin to carve up Africa with the intent of extracting from it resources and riches upon which empires were built. The social, political, and human costs of this are still being felt today. In the 21st century, the established nations of the Europe, Asia, and North America are prepared to, and in certain instances already have, descended upon the Arctic for similar motivations: resource wealth, trade, and power. It would be foolish to think that because Arctic states are politically stable or economically developed that somehow this translates into regional stability. If history is any indication of what is to come, we should actually be all the more alarmed that “established” states are scrambling for the Arctic. Granted, the “Scramble for Africa” involved a large landmass and the intent of colonizing large populations, thus the forthcoming “Scramble for the Arctic” will not be a carbon copy of the past. In sum, there is an opportunity for the Arctic to be used to and for the benefit of all nations, and this begins with a sustainable governance regime.