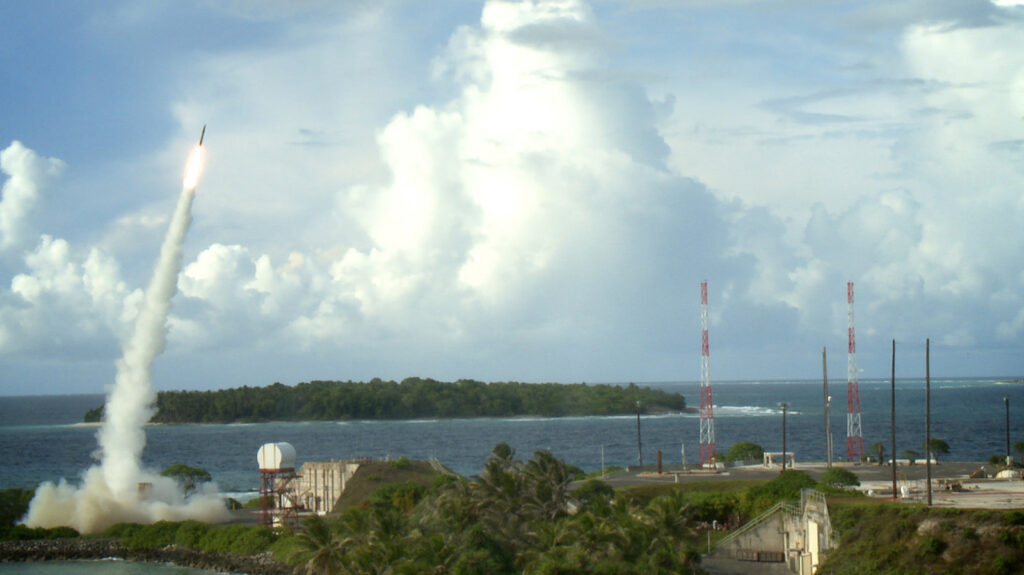 The Democratic People’s Republic of Korea’s (DPRK) poses a serious security threat to the United States, its allies and partners as the DPRK has launched more missile tests this year than any year previously. These continuous irrational actions have pushed the United States to pursue DPRK denuclearization, which is at the heart of the United States’ current Indo-Pacific strategy over the past 30 years.

The United States and North Korea have had a long history of disagreements regarding nuclear weapon policy. While the nation began developing its nuclear program in the 1970s, U.S. intelligence began to view the program as a threat in the early 1990s. In 1992, the International Atomic Energy Agency (IAEA) first inspected the DPRK and found inconsistencies between how much plutonium the country reported and the amounts found in the IAEA investigation. Subsequently, in 1994, the United States and the DPRK compromised on an Agreed Framework that disassembled the DPRK nuclear program in exchange for energy resources and movement towards normalized relations. The DPRK failed to respect the agreement, and by 2002, the DPRK was pursuing uranium enrichment and plutonium reprocessing.

Most recently, the DPRK’s announced a new nuclear doctrine. With this new doctrine, the U.S. faces increased difficulty in ensuring safety and peace. The DPRK’s unprecedented pledge to their nuclear program and the program’s recent technological advancements threaten our security in the region and around the world. Supreme Leader Kim-Jon-Un has taken a firm stance declaring that any force that attempts to violate the interests of the state, he is willing to deploy nuclear weapons. The nuclear program is a fundamental part of the DPRK and, according to Kim-Jon-Un, is a “symbol of our national strength.”

The rise in missile testing and increased commitment to the DPRK’s nuclear program causes a security risk as the country is and will develop more advanced technologies. A successful missile test in April is reported to strengthen the country’s short-range missiles. The DPRK has also been testing submarine-launched ballistic missiles and hypersonic missiles.

There are some geopolitical safeguards that make a DPRK nuclear attack unlikely. As the DPRK is struggling economically due to a budget that puts excessive funds into the nuclear program and the recent COVID-19 pandemic, the DPRK is heavily reliant on China to keep afloat. The DPRK is not looking to aggravate the Chinese government; therefore, the risk of a nuclear attack is unlikely. However, the United States should still be cautious as the DPRK has been able to make unexpected increased revenue through the selling of artillery and rockets to the Russians for the invasion of Ukraine. Despite the strong opposition that the United States and its allies hold towards the DPRK’s nuclear policy, there are areas of compromise and similar interests that should be at the forefront of our strategy in the Korean peninsula. It is in the interests of both countries not to provoke China via nuclear war. A decrease in international uncertainty and aggression will allow each country to focus on its domestic initiatives.

Although the United States has significant influence in the region, ROK President Yoon Suk-yeol has taken a hard stance against North Korea and has encouraged ROK and U.S. forces to do routine military drills to deter DPRK missile threats. However, as of September 2022, this approach has only shown to increase DPRK aggression when met with these joint drills.

As a result, the United States should not increase the amount of joint military drills to pressure the DPRK to meet and discuss denuclearization in return for humanitarian and economic assistance. Even if these talks occurred, the DPRK is dishonest. In 1994, the DPRK agreed to dismantle its nuclear program. Yet, without warning, in 2002, the DPRK began developing its nuclear technology. While the DPRK was willing to meet with former President Donald Trump on multiple occasions, they never reached a deal as they had vastly different ideas of the meaning of denuclearization. Without massive reforms from the United States, the conversation will not proceed differently this time.

Changing the United States’ current approach to the DPRK by decreasing the practice of joint military drills with the ROK, limiting DPRK rhetoric, and advising the ROK to follow similar proceedings is the best way to approach this life-threatening and destabilizing dilemma. The DPRK will likely not launch a nuclear attack unless provoked; therefore, we should not give a reason for the DPRK to irrationally act if they feel threatened. To combat a lack of U.S. intelligence of the DPRK, we should re-divert the funds used for these military drills to cyber surveillance of the DPRK nuclear program. Although advising the ROK to act in accordance with our strategy may cause tension between our two countries, the ROK needs our military power to protect them if invaded. Therefore, they will likely follow our lead.