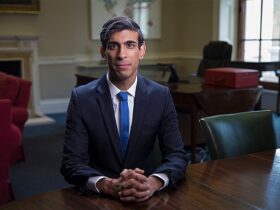 Although American doctors are revered for their life-saving practices, it often goes unnoticed that they, too, make medical errors. Sometimes, these are physical errors, although others are shrouded in implicit bias. Implicit bias fills the hospital halls and disproportionately affects pregnant black women more than their white counterparts. Black women are twice as likely to die from pregnancy complications than their white counterparts, and this varies even more based on economic and social class.

This injustice is directly correlated to the hypersexualization of Black women starting in the early 1400s and has manifested itself through America’s political, cultural and economic landscape. More recently, on Oct. 11, 1991, Anita Hill, a lawyer and civil rights activist, gave testimony against the nomination of Justice Clarence Thomas, a Black male, to an all-white Senate Judiciary Committee. This testimony was on the basis that he sexually harassed not only Hill but other employees of the U.S. Department of Education. Despite Hill’s testimony, Thomas was confirmed as a justice in the highest court of the land, and Hill faced intense scrutiny after her testimony. Now, Anita Hill is only 66, yet her life forever lives in the shadow of her fight for justice. Black maternal mortality is rooted in the lack of trust in Black women by men in power, specifically white doctors.

Although it seems that Black maternal mortality is an aftereffect of slavery, it is not. In fact, it is a direct result of slavery. Black women have continuously been taken advantage of for centuries, and this continues today. This is not a new topic that has remarkably appeared but rather a long-term problem that has been further exacerbated since its early origins.

In the past, Black women were exploited for the benefit of others, both personally and scientifically. One example is forced childbearing. It started with “the myth that Black women were vessels for sexual desire, [which was]used to justify enslavement, rape, forced reproduction, and other forms of sexual coercion in the early onset of Western colonization.” The most notable example of exploitation through American slavery: many slave owners would rape Black women and they would become pregnant, but when it was time to give birth these owners offered little to no help. Other slaves on the plantation often found medicine as a way to numb the pain as much as possible. Because the medicine was often ineffective, many pregnant Black women lost their lives in the process.

In 1844, “Dr. James Marion Sims, a pioneering American gynecologist … had his slaves build a women’s hospital in Mt. Meigs, Ala.” Not only was this hospital made by slaves, but the hospital was also used to exploit slaves. It was built, “expressly for experimenting on enslaved women who suffered from a common gynecological condition caused from childbirth injuries.” Black women were seen as objects. Slave owners would use Black women for their own personal pleasure disregarding the women they were affecting. In the same way that slave owners would use Black women as a vessel for emotional ecstasy, scientists and doctors would use Black women for intellectual ecstasy, often overlooking the fact that their test subjects were human women. In the same way that scientists would label the women for the experiment, (ex. test 1, test 2, test 3, etc.) slave owners would name their slaves Sally, Sarah, Betty or Mary, a more humanized form of nomenclature. These classifications were used in different capacities for the same reason: to categorize and remove humanity from Black women.

White women and the exploration of their sexuality is seen as a rite of passage, but often when Black women explore their sexuality, it appears as if they are throwing themselves at every man, woman or non-binary person in sight. Often, white women are seen as creative and open-minded for exploring, whereas Black women are seen as obscene or derogatory for their bodies. The hypersexualization of Black women has often been overlooked because of the shape of their bodies and what society deems attractive and sexual. Anita Hill spoke truthfully in court about this hypersexualization against her boss while risking her job. She told the truth and the judiciary committee didn’t care because she was a Black woman, and they subconsciously believed that she probably wanted the attention.

Doctors seem to approach Black women with a natural disposition, that being one of regarding them as inherently sexual beings, especially when pregnant. In the same way that the court distrusted Anita Hill, doctors across the country don’t trust Black women every day. They too are speaking their truth of being in pain yet the doctors don’t trust them because they subconsciously believe they deserve the pain that they are in.

Black female celebrities have helped shed light on this issue. Serena Williams, a record holding tennis player, suffered complications from labor and almost lost her life due to problems related to hospital care. She says that she “almost died after giving birth to my daughter, Olympia.” Beyoncé, one of the most respected musicians of the 21st century, also faced problems from medical providers while pregnant.  Two women at the very top, and the definition of what it means to be successful, were still overlooked when they complained about their pain.

This doesn’t only apply to celebrities but also the lives of many Black women everyday. Kira Johnson, a healthy mother of an 18-month-old son, faced unexpected troubles birthing her next child. At Cedars-Sinai Hospital in Los Angeles, Kira had a C-section. Once back in her room, her husband, Charles, found blood in her catheter. He told the doctor, and the doctor ordered a CT scan, “stat.” Kira’s husband saw her “shaking uncontrollably” and “waited seven hours for an internal exam.” Charles was told by a nurse, “Your wife just isn’t a priority right now.” The doctor took Kira to an operating room and told Charles she would be back in 15 minutes. Instead, she died. Kira slowly bled out because of the lack of attention her doctor gave to her needs and the pain she was in. Kira did everything right, she had good insurance, was healthy and well-educated, yet she still lost her life and left behind her 18-month-old and her less than 12-hour-old baby. There is no one to blame except the doctor that did not trust or listen to her. They forgot she was a person but rather just another object or task that needed to be taken care of. There are hundreds of stories just like Kira’s that happen every year.

Time and time again, white men in high places of power, judges and doctors have continually neglected the livelihood of Black women. Without second thought, the Senate Judiciary Committee dismissed Anita Hill’s plea against the nomination of Justice Clarence Thomas just as the doctors did for Kira Johnson. Unfortunately, Anita Hill lost her case against Thomas, and Kira lost her life to the lack of trust from her doctor. This does not have to be the story for Black women across the country. Two former 2020 presidential candidates proposed bills that benefit Black women. In 2018, Kamala Harris, “introduced a bill addressing high maternal mortality among women of color.” Elzabeth Warren “released her own plan.” She “proposed housing assistance to communities that historically suffered under the discriminatory housing policy known as redlining.” This objectification can change by electing local and federal representatives who care. This is in addition to standing up against systemic racism.

American equality has come so far in the past 150+ years yet fails to address the repercussions and consequences of its past and current inequalities. This is not a one person job but rather an alliance of people who recognize racism and sexism and stand up against it.

Faith Hotchkiss is a senior at the University of Southern California pursuing a double major in International Relations (Global Business) and French. She is enthusiastic about the partnerships between public, private, and nonprofit sectors and their work towards global change. Specifically areas with regard to racial and gender equality, human rights, and climate change through the means of marketing and global communication.