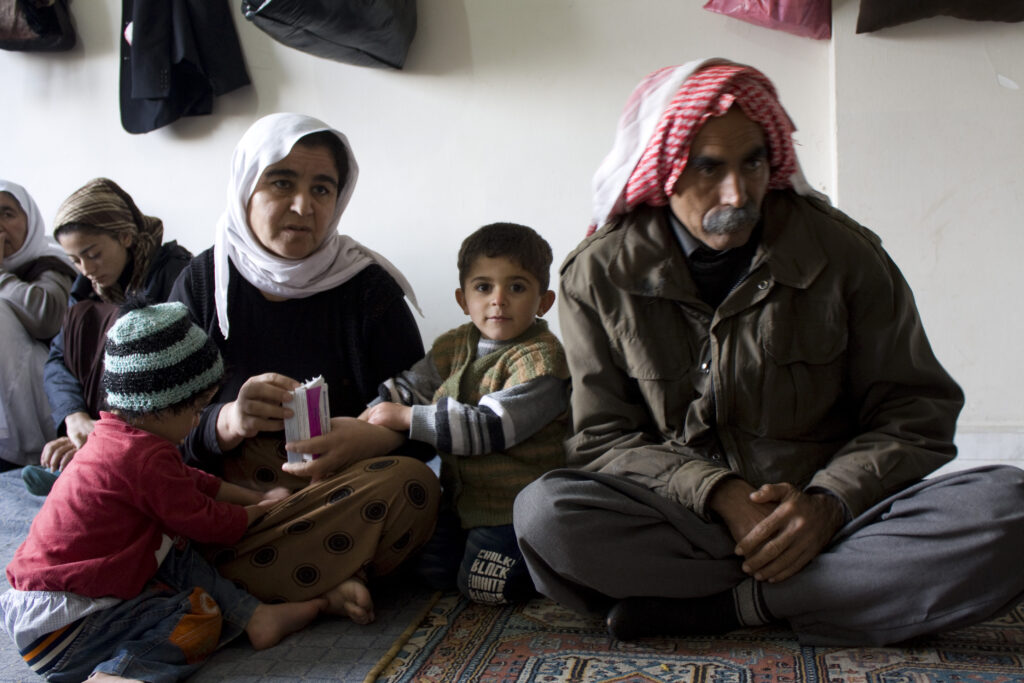 Healing the Invisible Wounds of the Yazidi Women

The line is a linear smart city, designed to have no cars, streets or carbon emissions. It is currently under construction in Saudi Arabia in Neom, Tabuk Province. It will be 110 miles long and is expected to house 9 million people. The city is a radical new approach by the Crown Prince of Saudi Arabia, Mohammed bin Salman, to reduce the nation’s carbon footprint and increase quality of life. However, the project has faced sharp criticism over its technological and economic viability, as well its eerily dystopian feel. This article will be a face-off, arguing in favor and against the construction of the Line.

In Favor of The Line: Sari Goldberg

While doubts on the viability of such a futuristic concept like the Line are valid, its creation comes at a time when global society has reached a tipping point in the fight against climate change. The livability and environmental crisis currently facing cities around the world can no longer be ignored, especially as the air quality in cities is worsened as the population, traffic, industrialization and energy use increase. Drastic changes to our ways of living are necessary, and the Line is paving a new path for imaginative solutions.

On July 25, 2022, Royal Highness Mohammed bin Salman, Crown Prince and Chairman of the NEOM Board of Directors, announced the idea for the Line as a city that redefines the concept of urban development. Prince Mohammed said, “NEOM will be a place for all people from across the globe to make their mark on the world in creative and innovative ways. NEOM remains one of the most important projects of Saudi Vision 2030.” Vision 2030 is composed of Saudi policy and projects meant to transform the nation economically and socially. Building of the Line, a key aspect of these reforms, began in October of 2021 and primary residents are expected to move in during 2024. As of July 2022, the first phase is projected to be completed by 2030.

The Line, while 110 miles long, will preserve 95% of the nature within Neom, the developing city in the Tabuk Province in northwestern Saudi Arabia. With 9 million residents, the Line will have a population density of 260,000 people per square kilometer. In comparison, the most densely populated city in 2020 had 44,000 per square kilometer.

By compacting the city between the two 1,600 ft high mirrored buildings, separated by a 660 ft outdoor space, the city is directly combating negative impacts of urban sprawl. Urban sprawl is the uncontrolled expansion of urban areas, creating low-density communities. It increases the need for transportation and reduces the land available for agriculture, exacerbating air and water pollution and limiting the landscape available to capture carbon dioxide. The sustainable city’s design is composed of vertically layered communities, which will challenge the traditional horizontal city and preserve nature, as well as enhance human livability.

Energy production is the leading cause of unsustainable living, accounting for two-thirds of total greenhouse gas emission. By 2030, the world will face economic losses of $2 billion a day from climate-related issues. In response, the city will run on 100% renewable energy, shifting the country away from its primarily oil-based economy.

The development will be zero-carbon through the elimination of carbon-intensive infrastructure like cars and roads. Mobility will be accessible by a high-speed rail with an end-to-end transit time of just 20 minutes. Residents will have access to all necessary facilities within a five-minute walk. The accessibility and convenience will reduce commutes, creating more time for leisure. Reducing former expenses, like car insurance and fuel, will also give residents higher disposable income.

According to press releases, the Line will have the most food autonomy in the world. Currently, Saudi Arabia imports around 80% of its food, but the city plans to include greenhouses and vertical farming to reduce its external reliance drastically.

While construction of the Line has just begun, it brings a new wave of ideas to the table. Addressing climate change will require large-scale actions taken by the most prominent actors on the world stage. According to an annual ranking by the CEOWORLD magazine, Saudi Arabia was named the 11th most powerful country in the world and first in the Islamic and Arab world for 2021. As the world’s second largest oil producer and largest exporter of oil, Saudi Arabia will be a key player as the global community is forced to address climate change. Even if the Line is the most dramatic solution seen by the international community, Saudi ambitions should inspire others to incorporate some of its goals and aspirations. The planet is changing, so the world must be prepared to change alongside it.

Against The Line: Jasmijn Teunissen

Construction of the seemingly utopian city proposed in Crown Prince Mohammed bin Salman’s promotional video should not continue as it is financially and environmentally unsustainable. The design of the Line goes against traditional urban sprawl, as cities tend to expand outward as they grow. “Hub-and-spoke” transit systems tend to work best; where arms of transit are connected to avoid individuals having to travel back to a central transit station. The unique composition of the Line would thus require advanced transit technology to be efficient and achieve the promised travel time of 20 minutes across 160 miles. Transit technology required to reach the speed of 318 mph (512 km/h), does not currently exist as it outpaces current high-speed-rail technology.

Despite marketing for the Line emphasizing sustainability and ‘zero-carbon emissions’ expert urban planners are skeptical of the embodied carbon impact of building the Line and all associated infrastructure. The massive height of the Line would require strength to withstand wind. Professor Philip Oldfield of UNSW claims “You cannot build a 500-meter-tall building out of low-carbon materials,” as it would need a “phenomenal quantity of steel, glass and concrete.” He estimates that construction of the Line would produce upwards of 1.8 billion tons of embodied carbon dioxide, equivalent more than four years of the UK’s entire emissions.

The Line’s design might disrupt biodiversity due to a greater edge effect impacting animal crossing. For migrating birds, for example, the large mirrored structures are highly dangerous. Others accuse the Prince of greenwashing, by making elaborate proposals for the city to distract from reality. The accusations of greenwashing are not the first the Prince has faced, as critics have noted the hard contrast between the nation’s unwavering dependency on oil and extensive environmental commitments such as promises to plant 450 million trees across the country. Saudi Arabia remains a top oil producer and has promised to increase production, despite the fact that to limit warming to 1.5 Celsius global oil production needs to fall by roughly 5% a year between now and 2030.

Construction of the Line threatens human rights, as it would forcibly displace thousands, including the Howeitat tribe which has lived peacefully in the area for generations. On Oct. 7, a Saudi court sentenced three Howeitat members to death for opposing the eviction. The Howeitat tribe sent an urgent request for a UN investigation into allegations of forced displacement and abuse by Saudi authorities.

Doubt of the project’s viability has also resonated amongst Neom employees, evident by the recent wave of resignations. Realization of the Prince’s overly ambitious plan has spread, as dozens of employees have resigned, some senior employees walking out on salaries of up to $1 million a year. The Prince’s initial goal to attract foreign investment through the futuristic project has fallen short, except for discussions with some foreign companies, including Russian ones. The intended completion of the Line is 2030 with an allotted $500 billion, however, some reports contend that the city will likely not be completed until 2050, upping costs significantly to an estimated $1 trillion. The project is funded by the Public Investment Fund (PIF), the kingdom’s sovereign wealth private investment fund. The viability of the PIF relies heavily on oil exports, a market characterized by volatility. Many Saudis, unsatisfied with the tax pressure and the belief that the projects are unlikely to yield a substantial return over the short run have expressed dissatisfaction with heavy spending on high-profile projects such as the Line.

Construction of the Line should not advance. The project goes against successful urban planning models, it threatens biodiversity in the region and continuation of it violates human rights due to forced eviction.

Any unprecedented innovations come with uncertainties. The construction of the Line brings  concerns of adverse environmental impacts, questions of the viability of the architecture, and controversy surrounding forced evictions at the construction site. However, this revolutionized civilization may also usher in a new wave of innovative approaches to tackling pressing contemporary issues in climate justice, renewable energy, and sustainability. As developments in Saudi Arabia continue to progress led by crown Prince Mohammed bin Salman Al Saud, the global community will be watching and anticipating if this radical approach can succeed and thrive.