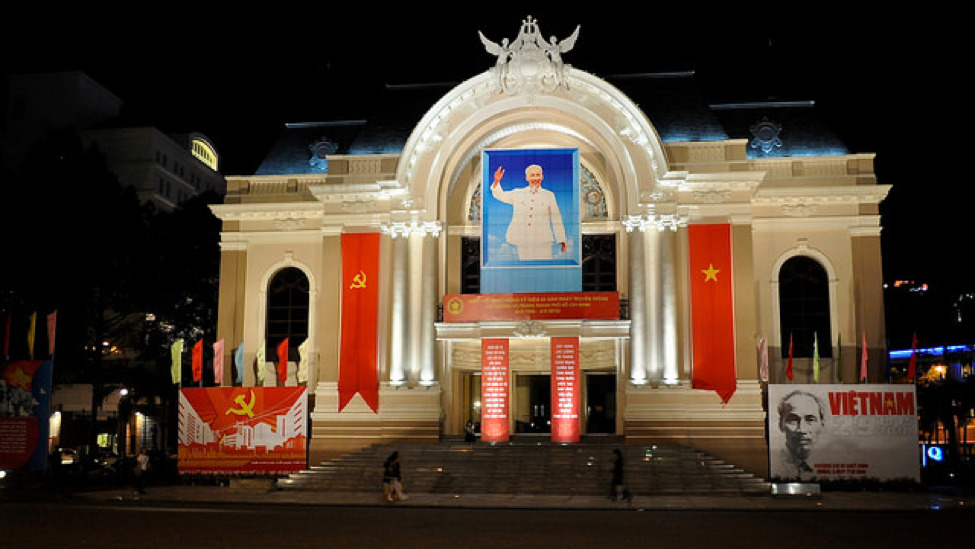 While the world watches the events unfolding in Ukraine, another major “invasion” is brewing in a once unassuming region thousands of miles southeast. China and the Solomon Islands recently announced a security agreement that will lead to the stationing of Chinese military personnel and police officers in the nation and allow for the construction of a naval base.

This is another cog in a dangerous trend for the West. Many Pacific Rim nations are forming strategic partnerships with Chinese companies, which have drastically increased their foreign direct investment (FDI) in the region since the turn of the century.

These moves could destabilize the smaller Pacific Rim states and significantly threaten the U.S. Indo-Pacific strategic framework that has been a core part of President Joe Biden’s foreign policy.

The Pacific Rim nations are a quagmire in today’s world. Due to the vast amounts of ocean compared to land, these countries developed in complete isolation from the rest of the world. While many of these countries have been independent since the mid-late 20th century, they remain some of the poorest and underdeveloped economies in the world, almost wholly dependent on international aid with very few strong domestic industries.

The pandemic exacerbated this: Pacific Rim nations were hit hardest by COVID-19 due to travel bans and stringent government-imposed quarantines. These factors make the Pacific Rim vulnerable to China’s often predatory FDI practices through its state-owned enterprises (SOEs) and other strategic partnerships.

Chinese investment in Pacific Rim countries is a relatively new phenomenon. The majority of countries in the region previously established diplomatic relations with Taiwan. That number has significantly decreased as Chinese willingness to invest has increased and Taiwan has become more polarized from its neighbors. Countries like Kiribati, the Solomon Islands, Tonga and Samoa have all switched allegiances in the past few years. Through various investments,  from building naval bases in the Solomon Islands to constructing telecommunications networks in Vanuatu to an extensive package of loans to Samoa, China’s footprint has significantly increased in the region. A large part of that can be explained by the differences in the structure and goals of the IMF and the World Bank vs. how China and its state-owned enterprises operate.

The growing presence of Chinese investment in Oceania is primarily due to fewer conditions for accessing loans from China than the IMF and the OECD. Meanwhile, China provides loans so long as they can afford to ensnare countries in what is known as “debt-trap diplomacy.” This is where economically fragile companies who can not afford to pay China back are forced to give up government or strategic assets, such as ports. This is already the case in certain countries in Oceania, like Samoa, where nearly ⅔ of their debt ($160 million ) was owed to China, and for a country that holds just an $800 million GDP, that is a massive amount of economic leverage to China. If this trend continues, Samoa likely will become the norm rather than the exception.

The most dangerous example of Chinese influence can be seen in the parliament of the Solomon Islands. Prime Minister Manasseh Sogavare, in his fourth non-consecutive term, was up for a vote of no-confidence, having been removed from his previous terms in the same fashion. However, Sogavare has strong pro-Chinese tendencies and having spearheaded the beginning of the relationship, the Chinese government did not want him to be replaced. The Chinese government paid off every person who voted against the vote of no confidence, and Sogavare remained in power.

This demonstrates how China has been taking advantage of countries with weak democratic institutions, like the Solomon Islands and forming strategic partnerships with the promise of a brighter future. Aid could indeed be beneficial for these countries. However, most of the benefits of FDI, especially investment from China’s SOEs, are concentrated in two places: Chinese elites and the South Pacific government elites, with little trickling down. Moreover, China’s soft power allows it to impose its political will on these nations. In Oceania, many nations have already renounced Taiwan as an independent state and instead have chosen to recognize the legitimacy of the People’s Republic of China’s claim to the throne.

Many argue that whether these nations hold allegiance to China or the West does not matter. However, the intentions of the Chinese government, coupled with the actions and strategic partnerships of Oceania nations, spell significant trouble for future U.S. interests. The United States is taking this seriously after recently committing to send representatives to the Solomon Islands to straighten things out.

Now let’s make it clear — China is not pursuing monetary policy in Oceania for technology transfer like they may in the United States or the EU. Instead, Chinese SOEs and Chinese money is flowing into these countries to increase Chinese soft power in the region and protect against the expansion of the U.S. Indo-Pacific alliance. There are also serious concerns that strong Chinese partnerships with Oceania could lead to the establishment of military barriers, countering the West’s traditional military dominance in the region.

The United States, under President Biden’s administration, has been focused on the expansion and strengthening of ties with major players in Southeast Asia and Oceania. While China has been busy cultivating interests through an inflow of capital in smaller Oceanic countries, including the Solomon Islands, the United States seems to be solely focused on the larger, wealthier economic powers. While some relationships have been strengthened (Japan and South Korea), others, such as India, are still somewhat tenuous due to a lack of strong stance taken during the Russia-Ukraine conflict.

Another recent development in the Pacific Rim region is the growing worry of polarization between the Pacific Rim nations. Many are now strongly siding with China or Taiwan and the rest of the West, including Micronesia and Tuvalu. For now, many in these countries welcome competition between the two because they see it as beneficial for getting the best deal, but it could come back to bite them if the United States and China engage in a proxy war.

Despite Australia being their primary economic supporter, many Pacific Rim countries have increasingly prioritized their relationship with China, despite announcing their intentions to divert almost bilateral aid to the South Pacific away from Southeast Asia and Chinese investment decreasing year-over-year in the region since 2018.

Why is that the case? This primarily lies in Australia’s historically poor climate policy and seeming inaction to take responsibility for climate change. While many in the developed world say they care about climate change, many South Pacific Islanders are at the frontline experiencing the worst of the effects. For them, climate change is personal, and Australia has done little to rectify the situation. They have an extremely poor climate policy and are one of the world’s largest producers and exporters of coal. At the recent COP26 climate negotiations, Australia had a bad performance committing to zero binding climate targets and receiving a colossal fossil award for the worst overall performance by a country.

All of these issues have culminated in a shift in power in Oceania. Once thought untouchable, China has slowly chipped away and now maintains a strong presence in the region. Until Australia, New Zealand and the United States commit to a strong climate change policy, expect many countries to keep their allegiances open and even swing towards China.