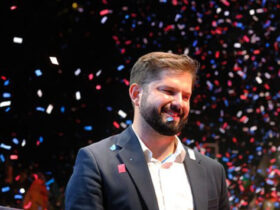 As the United States approaches 16 years of military occupation in Afghanistan, many are wondering how the country got there and, perhaps more importantly, how does it get out?

The question of the exit strategy for Afghanistan has plagued US foreign policy for nearly two decades, with three American presidents failing to fulfill promises to finally leave the so-called graveyard of empires.  It is no wonder that trying to exit Afghanistan after having occupied it for so long presents a great deal of complexity as the US has a history of intervening in conflicts without developing plans for reconstruction, ultimately leading to many unintended consequences. This trend can also be seen in the Iraq War: US forces toppled the Iraqi government, disbanded its military, and left thousands of trained soldiers with no jobs and a new anti-American sentiment, a combination of factors that, at least in part, gave way to the rise of the Islamic State (IS).

How does the US avoid creating another comparable situation, leaving a nation in ruins only to produce a new enemy sworn to the US’s demise? Of course, with the question of Afghanistan the worry for now is not the creation of a new enemy but the insurgence of current ones. The current fear is that if the US pulls out of Afghanistan, insurgents, mainly the Taliban and IS, will fill the space left behind.

Before the US even considers pulling out of Afghanistan, it first needs to develop and implement a comprehensive plan for reconstruction. Any nation used as a battleground in the way Afghanistan is and has been for so many years needs a significant amount of aid in fostering economic and cultural development so that it can preserve its identity and stability. For the US to promote the latter it needs to be conscious of its role as a support system for the Afghan people. A re imagined Afghan identity coming from an American vision would inevitably fail to promote social cohesion because it would be a false identity. The US should promote liberal education policies and civil rights in Afghanistan, but the Afghan people should be taking the lead in terms of strengthening national identity, which will ultimately lend itself to cultural preservation. One of the biggest criticisms of the US coming out of the Middle East is the country’s tendency to support autocratic leaders who capitulate to American interests in the region at the cost of political repression. The fear that an Afghan leader who is less interested in westernization will lead to a new enemy for the US is tangential and largely irrelevant. It is much more likely that, by financing the rebuilding of a national identity but leaving the details up to the Afghan people, the US will gain a mutually beneficial geopolitical and economic partnership for years to come.

The US should support future political candidates who are concerned with promoting the Afghan identity in educational and economic programs and avoid backing leaders who create political repression in attempt to produce rapid economic development built on weak institutions. The bright side is that Afghanistan is already engaging in democratic governance and the international community has contributed billions of dollars to provide resources aimed at improving healthcare and education throughout the country.

These benchmarks of progress, however, are not perfect. The Afghan presidential election of 2014 on its surface looked like a peaceful and democratic transition of power, but many questioned the fairness of the election, which led to a division of power between President Ashraf Ghani and the chief executive Abdullah Abdullah that has prevented the government from providing the services and security the country needs if it hopes to have a chance of surviving violent insurgency.

As the main foreign actor in Afghanistan, the US has provided consistent military support in effort to strengthen Afghanistan’s own forces so the country can defend itself in the future. Such focus on military strategy, while essential, could slowly detract from the equally important effort to preserve the cultural identity of the nation. Since culture is typically quantified in terms of stability as opposed to military force, it is crucial to ensure that efforts continue to promote education, especially the push to increase the literacy rate, along with a commitment to preserving cultural artifacts and texts that are unique to the Afghan identity.

As such, the Trump Administration’s strategy to prioritize eliminating insurgents over nation building is an error. Though Americans tend to conflate the two, killing terrorists is not the same as killing terrorist ideology. Only through education and cultural preservation can societies be strengthened enough to resist radicalization, as these avenues are critical in promoting the values and belief systems that are needed to preserve a state’s identity such that it can overcome the threats of extremism.

American society tends to view military force as the most powerful weapon against enemies that threaten peace, but this simply is not true. As international relations scholar Hans Morgenthau put it in his seminal work, Politics Among Nations, the military is a tool for diplomacy, not its master[1]. This idea is fundamental to the notion that the US and the international community should be expending just as much effort in strengthening Afghan culture as they do investing in military tactics. Even without the threat of insurgency, a country cannot hope to remain stable if it lacks a strong identity and mechanisms through which its people can learn and thrive. Afghanistan has started down this path with the tentative introduction of democratic structures, but these structures need to be closely monitored by the international community to preserve their integrity. Greater foreign investment in education for the people of Afghanistan, throughout the country and not just in its urban cities, must be pursued with vigor if the world hopes to prevent corruption and state failure.

Virginia Villa is a senior double-majoring in International Relations and Political Science. Her interests include democratic politics, human security, and international law. Apart from Glimpse, Virginia is a team member on the Near Crises in World Politics Research Project and the Security and Political Economy (SPEC) Lab at USC. Virginia joined Glimpse in Fall 2017.