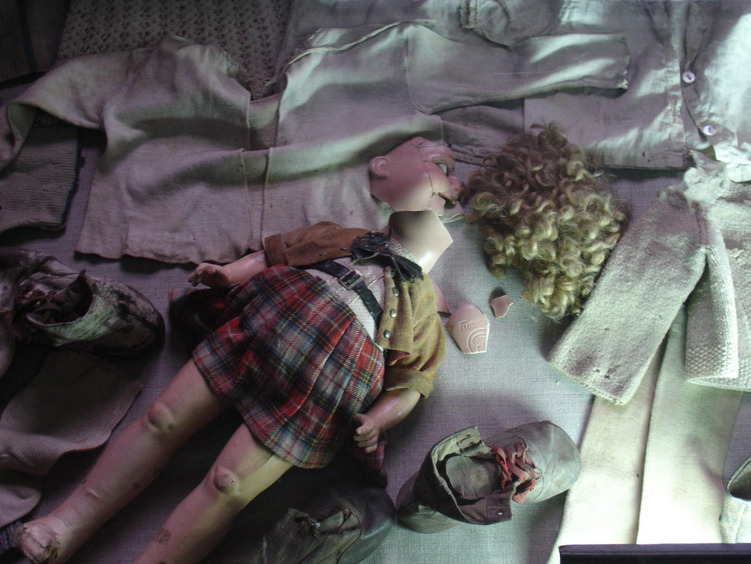 The Accountant of Auschwitz: Oskar Groening’s Guilt and Its Role in German Penance

LOS ANGELES — Child labor is once again on the rise.

According to a report conducted by the United Nations and the International Labour Organization, approximately 160 million children were involved in some form of child labor at the beginning of 2020. This rise has been attributed to the COVID-19 pandemic, as more children are forced back into the workforce due to a lack of resources, money and education.

Regions like Sub-Saharan Africa, Southeast Asia, the Caribbean and Latin America, which have historically and contemporarily struggled to eliminate child labor, have seen the highest rises in the practice. COVID-19 hit these regions particularly hard in both the health and economic sectors, and has exacerbated resources and cut funding intended to combat poverty and improve public education. Factors like widespread food insecurity, corruption and shifting demographics have also created strains on social programs in these regions, imposing harsh economic conditions for many families.

COVID-19 has played a substantial role in the recent surge in child labor, and has forced governments and international instiutions alike to scramble in an effort to try and address this growing crisis.

The health impacts in developing regions like Sub-Saharan Africa have been extremely understated, and are a key reason for why child labor has grown in the past two years. COVID-19 mortality rates in developing nations are much higher than that of developed countries, with some estimates placing 86% of global mortality from the COVID-19 pandemic in the developing world.

Education is another factor when considering the surge in child labor. When COVID-19 forced schools to abruptly shut down, many children were sent to work to help their families. According to data compiled by the World Bank, 679 million students currently face school closures and limitations across South Asia and Southeast Asia, large swaths of Africa, and Latin America.

While schools in developed countries transitioned to remote learning, this was not an option for many developing countries. Back in September 2020, UNICEF estimated that 463 million children were without any form of education, both in person or remote. Without adequate internet access and technology, children were, and continue to be forced to forgo their education indefinitely, and thus enter the workforce to assist their families and stay productive.

And given the duration of these school closures, with some regions experiencing over a year of closure, it only heightens the possibility that children will NOT return to school, and will simply continue to work.

The region of Sub-Saharan Africa has seen a particular spike in child labor.

One factor that has contributed to this spike is high rates of poverty. Some of the main factors contributing to this spike are war, government corruption and widespread food insecurity. Examples like Eritrea and Ethiopia, two countries that have been engaged in a bloody conflict, have experienced high rates of child labor as they continue to experience ongoing fighting. Ethiopia is now on the brink of famine, another indicator of prevalent child labor practices. It is in areas such as these, where merely getting by becomes extremely difficult, where children are sent to to work in an effort to combat starvation and poverty.

Labor-intensive exports is another reason for high rates of child labor in Sub-Saharan Africa. A joint study conducted by the ILO and UNICEF found agriculture accounts for 70% of child labor and industry for 10%, both of which are extremely popular in Sub-Saharan Africa. Farming, mining and other work all require large amounts of human capital and are all very labor-intensive, thus hiring children helps to address this demand. Human Rights Watch reports that children in Uganda and Ghana are forced to work in extremely hazardous gold mining sites, where they inhale toxic fumes and carry heavy loads. Meanwhile, children in agriculture report how their hands have been damaged and scarred from sharp tools used to harvest sugarcane.

COVID-19 has only heightened this demand for child labor. Global shipping disruptions has left African agricultural and industrial exports stagnant, and the shortage of workers due to the health impacts of COVID-19 have all cumulated into a increased desire for child labor to help fill the void placed on the economy. And because many of these children are not in school, they are easily recruited into joining the workforce to earn a wage.

Although they are strong contributors, the pandemic and widespread poverty are not the sole causes of the child labor crisis in Sub-Saharan Africa. The region’s widely changing demographics have also played a critical role. Sub-Saharan Africa is the fastest growing region in the world, as countries such as Nigeria are expected to soon become some of the largest in the world. A number of factors contribute to this rise: women’s rights, a lack of access to contraceptives and cultural norms.

This ties back to the issue of child labor because when areas such as Sub-Saharan Africa see rapid acceleration in their population, what results is an extremely large youth population: sixty percent of Africa’s 1.25 billion people are under age of 25, according to the Brookings Institution.

Thus, it is natural to see rises in child labor, for the sizable number of children means more will end up working. And due to factors such as poverty, corruption and food shortages, this only incentivizes these children to work.

One example of this is when the United States suspended all tobacco imports from Malawi in 2019 after it was revealed that child labor was a key contributor to its production. However, this kind of policy can cause unintentional harm to low-income families, who stand to lose a source of income and employment from the decline in demand for the products they make. These policies intensify the economic hole many families find themselves in and put the responsibility of earning extra money on the children.

A possible alternative to child labor prohibitions would be to encourage families to keep their children in school. Many families in developing countries see education, although beneficial, as a wasted opportunity to earn income for the family. Thus, they have no reason to keep their child in school.

This can be done by investing in public schools. Many parents are skeptical about how effective school is, so by improving the conditions and the resources available for schools, this can instill confidence in parents and reassure them that their child will be safe and get the most out of their time in school. Initiatives to improve schools in areas such as Ghana highlight the prospective and potentially effective solutions to combatting child labor.

Another broad, yet critical, alternative is to provide more well-paying jobs for adults in these regions. If the parents are earning a steady wage, they no longer need to rely on their children for providing additional income. Continuing to establish trade with developing countries, working with NGOs to expand social services, and engaging with local governments to invest in long-term goals rather than short-term initiatives can prove extremely beneficial in eliminating the root causes of child labor.

Finally, a potential solution to curbing the uptick in child labor is slowing down COVID-19 in these regions. The World Health Organization reports that only around 4% of people are vaccinated on the entire African continent. By continuing to fund initiatives such as COVAX, the global vaccine program, COVID-19 can begin to subside in areas suffering from its impacts, getting adults back into the workforce, preventing the deaths of parents and helping schools reopen.

But given widespread corruption and a lack of initiative in regions such as Sub-Saharan Africa and SE Asia, these potential solutions will not be an easy transition, and the prospect of child labor will continue to pose a threat to thousands of children every year. While this is the case, measures can be implemented to help address the root causes of child labor, and making sure that this widespread issue remains at the forefront of international headlines is essential to taking the first steps at eliminating it altogether.