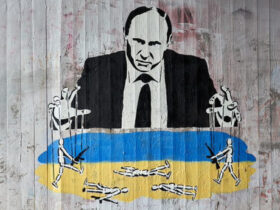 Over the past 60 years, Africa has received over $1 trillion USD in development-related aid, yet more than 50 percent of the population still lives on less than one US dollar a day. Despite continuous money flows to recipient countries and development projects, foreign aid in Africa remains a perplexing issue in the international community. Although aid appears to be the logical solution to alleviate poverty, improve education, and mitigate hunger, it may also be the reason that Africa remains overwhelmingly engulfed in corruption, plagued with ineffective institutions which further corruption, and entrenched in poverty.

This paradox between aid and development can be traced back to Africa’s colonial history as a continent divided for European gain. That extractive colonialism of the late nineteenth century has had enduring effects that can still be seen today, such as the numerous autocracies across Africa. With ill-equipped institutions and bandaid-like approaches to improving the standard of living, the continent will not emerge from its poverty without ground-up institutional reform and foreign aid accountability checks.

The Costs of Corruption and Corrupt Institutions

Corruption, a primary barrier to democratization in Africa, is a major byproduct of current foreign aid programs. Denis Sassou Nguesso, the President of the Republic of Congo (ROC), is one  infamous example of such corruption. Despite the ROC’s ravaging poverty, the Congolese president owns approximately 16 luxury properties in Paris and has 111 bank accounts under his family name in France. Although it is difficult to quantify the extent to which foreign aid is lost to corruption, existing attempts have produced jarring statistics. For instance, the Center for Global Development estimated a 5 percent loss of foreign aid to corruption in 22 aid-dependent countries, totalling to around $8 billion USD. Even these estimates, however, are likely underestimated. As corrupt leaders go to great lengths to conceal their extortion and money-laundering, the available statistics are often misreported. Poor institutions serve as a vehicle for corruption, and foreign aid in its current form merely sustains autocratic leaders who pocket the money, thus enabling those same leaders to suppress potential civilian uprisings and democratization. In fact, economist Dambisa Moyo has described aid as having a “corrosive nature” on “democracy” in Africa.

The interconnected relationship between corruption and institutions is reflected in countries’  quality of governance. There is an inverse correlation between Sub-Saharan African countries receiving the most aid and those with the lowest governance rankings. This is an unsurprising correlation — 30 percent of aid reportedly never reaches its intended destination due to corruption. For instance, in 2016, Tunisia was reportedly in the top third of countries receiving foreign aid. Despite this, Tunisia remains entrenched in debt because, according to a World Bank report, Tunisia’s “heavily regulated market access has also created opportunities for rents extraction by cronies who receive privileged access to certain lucrative activities.” Tunisia’s entrenched corruption is reflected by the policy of the current political party in power which seemed to boast anti-corruption reform. Contrary to its rhetoric, the party promoted an “economic reconciliation” law granting amnesty to all business elites who were involved with corrupt practices during the old regime.

Donors like the International Monetary Fund as well as country-donors also often play a dominant role in furthering the cycle of corruption. While most people agree on the principle merits of providing aid to African countries, donor countries have underlying economic and political motivations to intervene in Africa. Donor motivations may include spreading their ideology or supporting countries which are democratizing. Economically, donors may be motivated to provide aid to foster trade with the recipient country – on the belief that the recipient country may use the aid to purchase donor country exports. Clair Apodaca, an associate professor in the Department of Political Science at Virginia Tech, noted that if the European Union countries were to optimize the distribution of global foreign aid for the sole motive of reducing poverty, they would need to reallocate $19 billion USD of the total $27 billion USD of EU aid to the 20 poorest countries.

The US has followed suit with its European counterparts with its selective financial support. In Egypt, the US placed restrictions on $195 million USD of its military aid in 2017 in response to Egypt’s poor human rights record and its relationship to North Korea. However, last July, Secretary of State Mike Pompeo reversed this progress by lifting the restrictions despite ill-made progress on improving human rights in Egypt under President Abdel Fattah el-Sisi. The US attempt at sanctioning human rights abuses was short-lived and motivated by a common hostility towards political Islam with Egypt.

Even for donors with more altruistic motivations, providing aid to extractive governments is not an easy task. If donors go through the government, rent-seeking leaders may pocket part of the aid and allocate the rest of the money to the in-country elites. However, if donors bypass the government and deliver aid directly to those in need, it may undermine existing country-to-country alliances, foreign relations and the recipient country’s legitimacy vis-a-vis its citizens because a country’s legitimacy is compromised when citizens see social services provided by external actors, signaling bureaucratic weakness.

Although aid in its current form functions as a conduit for corruption, aid is still necessary for the development of Africa, and an altered approach could catalyze positive change in the continent. Current aid programs should advocate for bottom-up reform by implementing conditional loans or aid with accountability checks. Conditional aid may include requiring governments to alleviate corruption or promote democratic ideals and should also incentivize long-term investment in the private sector, the infrastructure and manufacturing industries and most importantly, education.

However, as shown with China’s entry in Africa via foreign aid, conditional aid is unattractive to developing nations which need resources immediately. The Chinese model starkly contrasts the US model, in that it provides conditionless aid while the US-Model hinges on conditionality. A middle ground between these two models in which donors maintain a level of accountability for and a presence in recipient countries may be the necessary antidote to foreign aid’s current inefficacies.

While aid in its current form enables corrupt leaders and sustains stagnant, broken institutions, aid which is delivered effectively and with accountability measures may make the difference between Africa remaining impoverished or transcending above its struggles. Conditional foreign aid can be effective in promoting good governance, furthering democracy, and prioritizing human rights interests. The success of foreign aid, whether it has conditions attached or not, is contingent upon donor countries’ presence and involvement. Partially conditional aid with accountability checks may bridge the gap between an aid-dependent, impoverished Africa and one without donors at all.

Isabelle Nazha is a senior at the University of Southern California studying International Relations and French. Her academic interests include human rights, international law, and conflict studies. Outside of Glimpse, Isabelle is a member of Delta Phi Epsilon Foreign Service Fraternity, Unruh Associates, and Phi Beta Kappa Honor Society. Isabelle also conducts research in the Security and Political Economy Lab, where she is a Team Lead on the Resource Curse Project. This project is a qualitative replication studying the correlation between natural resources and civil conflict. This summer, Isabelle interned on the Critical Threats Project at the American Enterprise Institute as an al Qaeda research intern, focusing on the Sahel and Maghreb portfolios. After graduation, Isabelle plans to pursue a fellowship before attending law school.