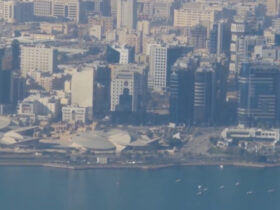 Qatar, the Taliban’s Last-Standing Lifeline: An Interview with James Seevers

It has been nearly 10 years since the conflict in Syria began. And yet, the situation has swiftly deteriorated, and a catastrophe is mounting.

Syrian President Bashar al-Assad and his Russian and Iranian partners continue to mercilessly strike and bombard Idlib province — forcing thousands of civilians to flee toward Europe and killing thousands of others. This disastrous conflict has destabilized northwestern Syria and the resulting refugee crisis has disastrous impacts for countries that take in these migrant flows — voluntary or otherwise.

Turkey, a NATO ally, has been drawn into the conflict and provoked by the disaster unfolding along its border. Late last year, Turkey led an incursion into Syria that was met with harsh international condemnation — including bipartisan criticism from Congress. In late February, at least 33 Turkish soldiers were killed by the Syrian government in an airstrike. Ankara was placed in a precarious position: Turkish President Recep Tayyip Erdogan felt domestic pressure to respond but had to consider the risk of escalated confrontation with Damascus, and by extension, Moscow and Tehran.

Ultimately, Erdogan decided to respond. As part of the offensive, known as Operation Spring Shield, Turkey has killed over 2,000 Syrian troops and has destroyed hundreds of Syrian weapons systems, including tanks and launchers. But escalating the conflict in Syria also had consequential humanitarian implications. Amid the fighting, an estimated 1 million people have been displaced, according to the United Nations.

The numbers of those who have been displaced are telling. However, the alarming and unnerving uncertainty comes from the numbers of those who have yet to be displaced, but soon will be. Nearly 3 million people, mainly women and children, live in Idlib province. According to Vox, nearly half of those living in Idlib came from other parts of Syria after fleeing the violence of the civil war.

Now, with Turkish fighters to the North and encroaching Syrian forces to the South, civilians are forced into a shrinking area along the northwest border. These civilians face freezing temperatures, sporadic airstrikes and are living in makeshift homes made from tents and tarps. In late February, the New York Times reported children freezing to death due to dropping temperatures and a lack of proper medical assistance. And yet, the world has turned a blind eye to these harrowing realities.

The ongoing crisis also extends beyond borders: in eight months, nearly 800,000 Syrians have fled to Turkey and Europe. This massive exodus is unparalleled in recent history. Syrian families have upended their lives and moved up to two, three, four, or even five times in the past few years, fleeing violence and finding refuge in every temporary city they settle. Idlib was once an accessible safe haven for these migrants — but now, there is nowhere left to go.

Erdogan is at a crossroads and faces intense domestic pressure to prevent increased inflows of Syrian refugees through Turkey, which already hosts nearly 4 million migrants. A few months ago, Ankara sealed the border and warned that those who tried to cross risked being shot. However, Erdogan recently altered this policy; in an attempt to pressure the European Union and NATO to provide Turkey with assistance, Syrian migrants are now allowed to cross through Turkey to freely enter the EU. Erdogan hopes that by ceasing control over the EU-Turkey border, the pressure of migrant inflows will force allies to act.

This plan is failing.

Despite flows of refugees into Greece and Bulgaria, EU and NATO allies, including the United States, have failed to take concrete action to alleviate one of the worst humanitarian crises in recent human history. While this move may have helped Erdogan’s negotiating strength, migrants are still faced with uncertainty, inhumane conditions and blockades in their attempt to seek refuge elsewhere. Refugees are being used as pawns in a violent game of chess between regional powers.

Erdogan has been rightly criticized for using refugees as tools for negotiating military assistance for Turkey — and should continue to be criticized. But all things considered, the EU and the U.S. need to act now. More than ever, there is an urgently compelling strategic and moral obligation to do so. The recent ceasefire between Erdogan and Assad is likely meaningless — and fails to change the dire situation of migrants on the ground.

But to chip away at American inaction, we must first acknowledge the blatant callousness of the American president. President Donald Trump recently said he sees Syria only as a place of “sand and death.” But it is in the U.S.’ best interest to provide better humanitarian assistance to Syria and to work with our EU counterparts in an effort to effectively manage migrant flows. The Trump administration has a moral imperative to ensure that Assad will not slaughter thousands of innocent civilians who are caught up in a conflict at the hands of greater forces. If Assad continues to rule in Syria unchecked, with the military and political backing of Moscow, the potential for destructive regional spillover into neighboring countries will have damning effects on geopolitical stability.

Trump’s decision to pull U.S. forces out of the Idlib region late last year is just an extension of failed American policies in Syria. The decision to abandon our Kurdish allies and greenlight Turkey’s incursion into Syria escalated the conflict. But the cat’s been long out of the bag. The White House might not be able to undo the effects of its poor decision, but it can offer temporary humanitarian solutions to the problem.

Erdogan has made irreversible mistakes, but the U.S. has a moral obligation to relieve the suffering of Syrian refugees, while ensuring security and stability in the conflict between Assad and Erdogan. The U.S. ought to do so by increasing humanitarian aid, not only through the U.N. — where it often goes toward regime-held areas as it did last month — but through grassroots NGOs. The U.S. also needs to use existing diplomatic channels to force Turkey and Europe to sit down together and create a new immigration arrangement — one that builds upon the now seemingly outdated 2016 EU-Turkey Migration deal.

At this moment, every major player in Syria has their fair share of blame in contributing to the catastrophe unravelling each day. But if the West continues to let innocent civilians pay the price for the greater conflict escalation that plagues the region, it becomes more striking that an American act of omission is just as morally reprehensible as an American act of commission.