*Information is accurate and up-to-date as of Sept. 26, 2022, but this situation is actively unfolding.

On Sept.13, 2022, Mahsa Amini, a 22-year-old Kurdish Iranian visiting Tehran was taken into custody by the morality police and transported to a “re-education center” because she was accused of improperly wearing her headscarf. Since 1979, in addition to numerous other restrictions on their freedoms, women are obligated to wear head coverings, and the Iranian morality police have progressively become more violent and arbitrary in their enforcement.

Three days later, briefly after entering a coma, Amini died in police custody. Although state officials claimed that she died of a heart attack, Amini’s family rejected that claim due to her having no prior heart-health problems. Additionally, photos of Amini in the hospital jolted the nation, backing up witness claims of her being violently beaten by the police.

Iranians have quickly taken to the streets, protesting their growing frustrations with an oppressive regime and an unjust death. Thousands of Iranians in over 50 cities, both men and women have been protesting, and at least 41 people have been killed so far. Hundreds of protestors have been injured, and dozens have been detained.

Protestors are shouting “WOMEN, LIFE, FREEDOM,” a phrase originating from Amini’s Kurdistan. In outward defiance of this regime’s restrictive laws on women’s freedoms, Iranian women are bravely burning their hijabs and cutting their hair. These protests had been occurring on a smaller scale prior to Amini’s death, since July 2022, when the Iranian government began to enforce morality laws on a stricter and larger scale. One female dissident of the morality police was forced to give a seemingly forced public apology on national television, prompting further outrage from Iranians.

These protests are only a small part of a larger frustration with the Iranian government, and chants like “death to the dictator” reflect these frustrations. Iranians are currently battling economic insecurity, inflation, and western sanctions over the Iran nuclear program that caused the country’s economic collapse. In addition to its suppression of women’s rights and its economic instability, Iranians are also infuriated by the brutality and violent repression from Iranian security forces. In some of these protests, Iranians are burning images and statues of prominent forces from the Islamic Revolution and, most notably, Ayatollah Ali Khamenei, the Supreme Leader of Iran.

As the protests grow increasingly violent in nature and the people become increasingly dissatisfied with the government’s inadequate response, the government is turning to the internet to crack down on organizing, to suppress uprisings, and to silence dissenters. Instagram, WhatsApp, YouTube and TikTok are just a few of the apps that have been temporarily restricted, as Iran’s biggest mobile phone operator is disabled. This time, not even VPNs can get past every restriction, though these are still being used by protestors to mobilize. In the past, the government was able to temporarily shut down the internet— most recently in 2019 after an eruption of protests in response to rising fuel prices. This time, however, the protests appear to almost be irrepressible, because of their size, number and the feminist rage fueling the force of the protests.

In addition, the data from this crisis — the number of protestors, the number killed or injured — is increasingly inaccessible as information from the Internet becomes increasingly untraceable and statistics from the government hide ulterior motives. The demonstrations are being hidden from the international community, in addition to the Iranians who use technology to access information about protests.

Amini’s case has quickly gained global traction, and her death has become the face of an unprecedented women’s rights movement in Iran. Numerous countries, including the United States, have condemned the violence, with Antony Blinken, the U.S. Secretary of State, calling on “the Iranian government to end its systemic persecution of women and to allow peaceful protest.” International governments, human rights organizations, and even private corporations like Elon Musk’s Starlink are all lessening sanctions to provide greater Internet access, advocating for just legal practices and offering their own internet services. It appears that the international community stands in solidarity with the women that are fighting for their freedoms. There is no one leader in the movement; just a tragedy driving a burning desire to achieve equality in Iran.

There are a few combatting forces in this crisis, the first obviously being Iran’s suppressive leadership; they are unbudging. Most recently, Iranian President Ebrahim Raisi declined an interview with CNN’s Christiane Amanpour because she refused to wear a headdress of any kind, amplifying the solidity of his stance and sparking international outrage. An anonymous former security official (for safety reasons) claimed that Khamenei “may [even]order a massacre” targeting the Iranian protestors. The rigidity of his stance prompts fears about the future of this revolution.

As previously mentioned, there is also no leader in this protest. There’s no clear organization, and no method of mobilizing remains impenetrable in the face of Iran’s dismissive crackdowns on the internet and violent interactions with protestors. As of now, it is unsure if the protests will grow in size, and how the Iranian government will react to the domestic and international fury with its unequal and inhumane treatment of women.

However, what we do know is that the Iranian government faces an uphill battle— with everyone. An already unstable and brittle government is slowly and surely crumbling under the pressure of an international stance almost universally against its oppression and immoral treatment of women.

The international community also knows that the women in Iran will not back down without a fight. These recent protests, some of the largest in the country’s history, are fervent and unparalleled. Women openly defy the government’s morality police by burning hijabs, because one woman is killed by the state for improperly wearing one. Men stand alongside women in a fight to be treated humanely against a patriarchal, male-run regime that dates back decades. These protests are feminist in nature, but unlike in the past, when women were just involved in the revolution, they’re now the central topic of conversation. These brazen protestors continue to move the conversation forward and catapult Iran onto the international stage, where it can be challenged for its outdated ideologies and cruel treatment of women. In unprecedented times, we see women demanding freedom, and this time, we may just finally see change. 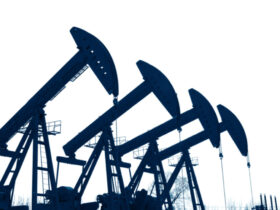 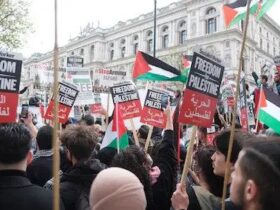 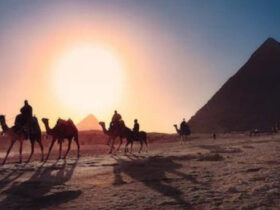 Climate Activism in Egypt Ahead of COP27