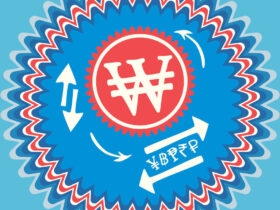 In recent months, international news has focused intensely on ominous developments in the East and South China Seas, along with the bloody sectarian dramas engulfing the Middle East. Conflicts across Africa, from Somalia to Nigeria to the Central African Republic, have also captured attention, though they remain largely under-reported in the Western press. Major political shifts between Iran, its neighbors, and the West, along with the confusion and unrest in the Ukraine as it seeks to define its relationship with its Eastern (i.e. Russia) and Western neighbors, rightly command the bulk of our attention as of late.

But in the midst of all this, beneath the eyes of a world preoccupied with clashes worthy of box office films, far subtler power plays are at work that will likely matter far more to the course of history than the flashpoints in Syria, Egypt, Somalia, and Ukraine. Consider foreign policy developments in Moscow and Beijing – though both states are plagued by internal unrest and beset by international humanitarian pressure, both states are clearly ascendant in their respective, and overlapping, neighborhoods. Their maneuvers in Asia will increasingly bring them into tension, and perhaps conflict, in the years to come. This is a development Americans should watch closely.

The tense relationship between the Bear and the Dragon in Russia’s Far East and China’s Northeast is legendary, from the days when exhausted Cossacks dealt with (and stole from) the Qing Dynasty. The Soviet Union propped up Communist states in Xinjiang and Mongolia while warlords, Nationalists, and Communists all squabbled over the ruins of China. When a Communist victory became apparent, the Soviets sought to make Red China essentially an arm of their global strategy, a relationship which Mao and his followers deeply resented. As the People’s Republic came into its own, it grew increasingly autonomous vis-à-vis patrons in Moscow, which would precipitate a series of violent border clashes in the late 1960s. Nixon and Kissinger’s skillful manipulation of this rivalry has been recorded in the history books. So fraught has been the relationship between the authoritarian giants that they only resolved their border disputes along the Ussuri River in late 2008.

The start of the 21st Century has seen a cooler, and on the surface more cooperative, Sino-Russian relationship. While the United States was distracted in Iraq and Afghanistan prior to 2011, both Beijing and Moscow began asserting themselves in their historic borderlands and defending each other’s positions. Their mutual condemnation of international interference in internal affairs, as seen with respect to Syria and Iran, seems to have pushed them closer together. Additionally, their alignment in the Shanghai Cooperation Association grants them at least hollow Eurasian authoritarian solidarity. Xi Jinping’s first foreign trip as President of the PRC was to Moscow; the diplomatic import of this visit should not be lost on us.

But the story does not end there. Important fractures continue to underlie the relationship, though they are far less tense in their present iteration. Russia and China remain powerful states with rising ambitions. Chinese-born workers and contractors take up a large share of the labor market within the Russian Far East province, and analysts estimate that the population of China’s border provinces is at least four or five times that of Russia’s border provinces. The immense resources of Russian territory are assuredly a powerful strategic draw for Chinese planners, and wary Russian policymakers strive to develop these resources without surrendering a total monopoly to the Chinese. What happens in this strategically critical region matters to Beijing and Moscow’s relationship.

Looking further afield, the Chinese and Russians are looking to balance their resources in the region to offset the other’s gains, though not explicitly. Russia has been working to improve its relations with South Korea, signing arms deals and free trade agreements far more generous than those it shares with its client states in Eurasia. To the South, Russia extended an invitation Vietnam, an old Soviet ally, to join its Eurasian Customs Union. To sweeten the pot, Russia has sold Vietnam refitted Soviet submarines. Looking West from Vietnam, the Kremlin is increasingly engaging with India, continuing to supply much of its military hardware while simultaneously negotiating bilateral energy deals. It is important to note that each of these three countries fought savage wars with China in the 21st Century and continue to engage in strategic competition with the dragon.

Russia’s grand strategy looks like a classic case of power politics. The ancient Indian strategist Kautilya argued that border states would always be enemies, and therefore states separated by a buffer would be natural allies. A brief glance at the map shows that China separates Vietnam and India from Russia, while South Korea borders China through North Korea, long China’s client state. Russia’s strategy is not necessarily bellicose, however as prudent statesmen have long recognized, when the time comes to exert pressure on another nation, it helps to have friends on that nation’s borders who fear and envy it.

Meanwhile, China continues its economic expansion and integration of the Asian continent. As has been widely reported, it initiated oil drilling in Afghanistan last year, making it the first energy investor in the war-torn state. Its pipelines crisscross Russia’s sphere of influence in Central Asia, traversing Kazakhstan, Uzbekistan, and Turkmenistan. China’s pipeline and highway projects in Myanmar stand poised to modernize that nation, while connecting the Indian Ocean’s trade directly to the Chinese heartland. Beijing also continues to provide security assistance to a Pakistan increasingly distrustful of the United States, and Pakistan hosts a Chinese port at Gwadar.

It is clear that the Chinese are concerned with boosting international economic development; foreign trade, especially in energy sectors, will be essential in sustaining China’s remarkable economic growth story as it seeks to pivot away from unhealthy domestic infrastructure spending sprees that have defined the last decade. But aside from being a mere cash cow, these foreign assets provide China with leverage in the host countries. That’s the power of the purse.

The new great game in Asia is not a particularly violent one, but it is an important one. As Russia and China rise and balance against each other, not unlike two scorpions in a jar, their interests are bound to clash. Policymakers in the US should continue to monitor these developments carefully as such problems will surely present challenges and opportunities. It is not hard to imagine American policymakers working with their Russian counterparts to contain a rising China while simultaneously working against an advancing Russia in contested regions such as Eastern Europe and the Middle East. American policymakers may even find themselves working more closely alongside their Chinese colleagues if the Xi Jinping era presents such an opportunity. The shifting geopolitical fortunes of Russia and China demand our statesmens’ most vigilant attention.