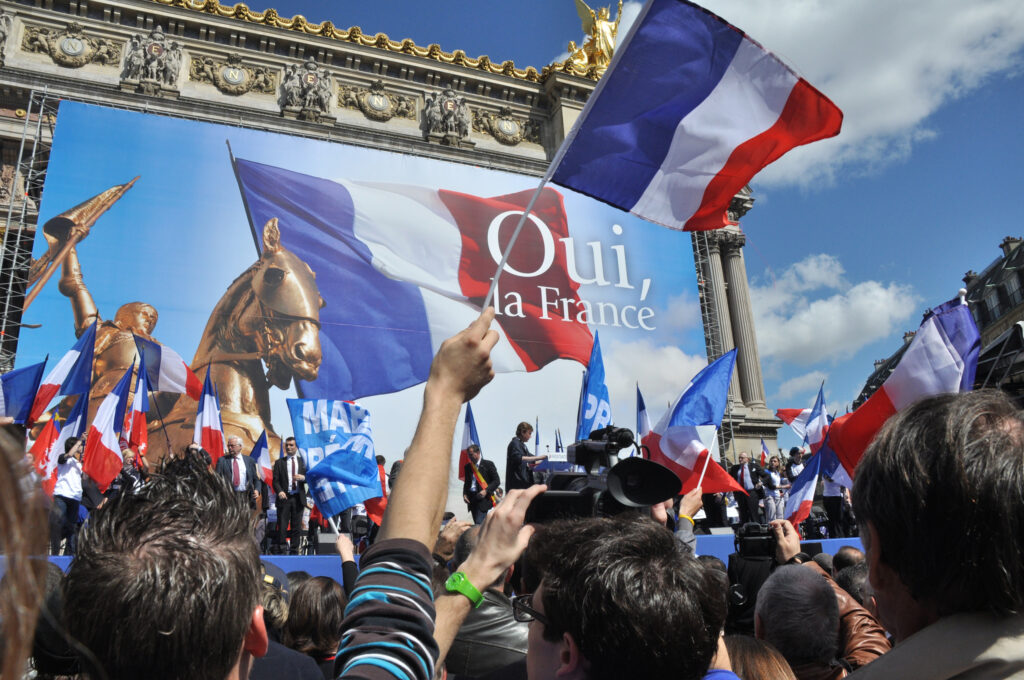 By Talia Tao and Valerie Wu

Warning: This article may contain spoilers.

LOS ANGELES  — It might seem paradoxical that a film set in China and featuring a Chinese-American superhero is banned in China. But alas, this has become the fate of “Shang-Chi and the Legend of the Ten Rings.” The ban is proof that for all their otherworldly powers, even fictional superheroes are subject to real political concerns.

“Shang-Chi” tells the story of a Chinese superhero who must confront his dark family history as he is drawn into the web of a mysterious organization led by his father, Wenwu. Wenwu is the wielder of the Ten Rings, harboring immortality and mythical powers. Throughout the film, Shang-Chi and Wenwu struggle with the implications of this magical power and each other. Wenwu and Shang-Chi reconcile at the end, embracing their father-son bond before it comes to a tragic halt.

Sharing Marvel’s “familiar formula” of flashy action sequences, “Shang-Chi” has been generally well-received by audiences. The film has been praised as a representational pioneer for the Asian American community since it features an Asian lead and dives into a rich cultural context while exploring themes of family, loyalty and belonging.

Many moviegoers see its existence as a positive contribution to the Marvel cinematic universe. Kat Moon at TIME writes that she enjoyed the use of different expressions in the Mandarin language, the lack of cultural explanation provided and the small storytelling details that made her feel “seen.”

However, as Marvel strives to represent its first Asian superhero, the audience must not overlook the character’s troubling origins.

The character of Shang-Chi was first mentioned in the 1973 cult comic book series “Master of Kung Fu.” Written during the wave of Kung Fu’s sweeping popularity in the 1960s and 1970s, “Master of Kung Fu” details Shang-Chi’s struggle against his villainous father Fu Manchu, a mystical mad scientist who embodies several Asian stereotypes and seeks global domination.

Fu, however, was not a Marvel creation. Instead, Fu was created by British author Sax Rohmer 60 years prior to the comics’ release. Knowing nothing about China, Rohmer, who then made his living from freelance work at local music halls, compiled fragments of Western perceptions of East Asian cultures and the cliches of the Yellow Peril hysteria. He drew from physical characteristics such as slanted eyes, a skeletal face and a clean-shaven head with a greasy braid — all traditional staples of anti-Asian propaganda. With this image, Rohmer created a racist antagonist representing the imagined threat of a rising Asia. Almost paradoxically, Shang-Chi, one of Marvel’s few ethnic minority superheroes, was juxtaposed with one of the most successful encapsules of anti-Asian paranoia.

In addition to its problematic origin, there has been general criticism of the film crew’s overall disconnect from Chinese culture — a culture it boasts to have woven into the details of the film. User-uploaded content and discussions on Weibo, the Chinese equivalent of Twitter, commented that the crew exoticized and exploited Oriental culture with superficial markers. Some critics even argued that the costumes and set designs were of poorer quality than weddings and funerals in rural Chinese towns.

Similar to “Crazy Rich Asians,” a 2018 film praised for representing Asian Americans in a predominantly white Hollywood, “Shang-Chi” follows its pattern of first being applauded for inclusion and later criticized for inadequate depictions of Asian experience. Being called an “Orientalist fantasia” that simply presents cliche superhero films with “Asian American wrapping paper,” “Shang-Chi” ultimately filters the Asian experience through the Western gaze and uses Asian faces to tell the same story.

NBC Writer Michelle Yang expressed that “Shang-Chi” might be set in China, but it still contains largely American ideals as a production originating within the Asian diaspora. She believes it is representing for the sake of representation.

Misrepresentation, however, does not automatically ban a film from entering the global market, and it certainly does not bar it from China, the world’s largest movie market, accounting for over 20% of Marvel’s total box office revenue. What placed “Shang-Chi” at the crossfire of political scrutiny are comments from its male lead’s past.

Simu Liu, the actor of “Shang-Chi,” is a Canadian actor born in China’s Heilongjiang province. During a 2017 interview celebrating the 150th anniversary of the founding of Canada, Liu referred to China as a “third world country” in which “people [were]dying of starvation.” Chinese netizens quickly uncovered these remarks, posting and circulating screenshots of these comments online, despite the video no longer being available. They sarcastically mocked Liu for being whitewashed and yet still coming back to China to “grovel” with Marvel’s marketing strategies.

Liu, despite being ethnically Chinese, has shown that he does not align himself ideologically with the Chinese government. The controversy surrounding an ethnically Chinese individual praising the West is emblematic of the political conflict that many diasporic Chinese artists face attempting to cater to both Western and Chinese markets.

China’s response is also reflective of emerging Chinese nationalism. According to Variety, China’s ban of “Shang-Chi” demonstrates political tensions surrounding Chinese stars who possess foreign passports and the issue of perceived loyalty to China. Amid the country’s crackdown on celebrity culture, Chinese celebrities across the diaspora find themselves under a particularly watchful eye.

As part of its crackdown, the Chinese government adopted a harsher set of standards necessary for participation in the entertainment industry. These standards aim to target celebrities who do not possess Chinese citizenship but still aim to work in or profit off of the mainland Chinese market.

Celebrities who are banned from appearing in Chinese television and films are said to possess “incorrect political positions” and are “alienated from the CCP and China,” according to Radio Free Asia. Such descriptions indicate that in order to remain in the lucrative Chinese market, a celebrity must not only possess Chinese citizenship, but actively express affiliation with the Chinese government and its political ideology. These requirements serve as a clear warning to Chinese celebrities across the diaspora, who are viewed as more vulnerable to foreign influences by virtue of their citizenship and comparatively global experiences.

Because dual citizenship is prohibited and subject to legal consequences, many diasporic celebrities have already taken the initiative to prove their allegiance to China. Celebrities such as Nicholas Tse, Arthur Chen and Maria Cordero have renounced their Canadian, American and Portuguese citizenships, respectively, to become or remain Chinese citizens. It’s a reminder that the Chinese entertainment industry is inseparable from discourses surrounding nationalism.

Controversy around “Shang-Chi” and Simu Liu’s anti-China remarks reflects underlying political tensions in the global entertainment industry. These tensions are especially prevalent in Hollywood’s relationship with China. The film’s politicized lack of release in the mainland may point to China’s increased attempts to keep popular culture insular on a national level. This move was likely intended to protect Chinese national interests against Western ideologies first and foremost.

“Shang-Chi” and its problematic Orientalist narrative are an example of how even when Western films attempt to provide nuanced insights into Chinese culture, they often still end up perpetuating certain stereotypes about the Chinese community in an exotic fashion. These offensive representations of Chinese culture, in turn, further contribute to China’s resistance to Shang-Chi.

This resistance has taken two levels, one being criticism by Chinese netizens, which then gave rise to government perceptions that Chinese citizens consuming these stereotypes can negatively affect Chinese nationalism. For ethnically Chinese celebrities exploring their diasporic identity abroad, the blurred lines between the authentic China and a Westernized China further fragment their perception of belonging.

Therefore, despite the polarizing nature of banning “Shang-Chi,” it’s necessary to acknowledge that China’s version of a strong national vision necessitates taking an isolationist stance against Western popular culture. That, by definition, means focusing largely on Chinese entertainment produced and led by Chinese nationals, or displaying censored versions of Western films that are deemed publicly acceptable by the government.

Simu Liu’s diasporic identity has become the central question posed by Chinese critics who bring his loyalty to China into question. For Chinese artists, the dilemma is clear: being a member of the Chinese diaspora means being much like Shang-Chi, who despite having the world at his disposal, never really knows where he belongs at all.