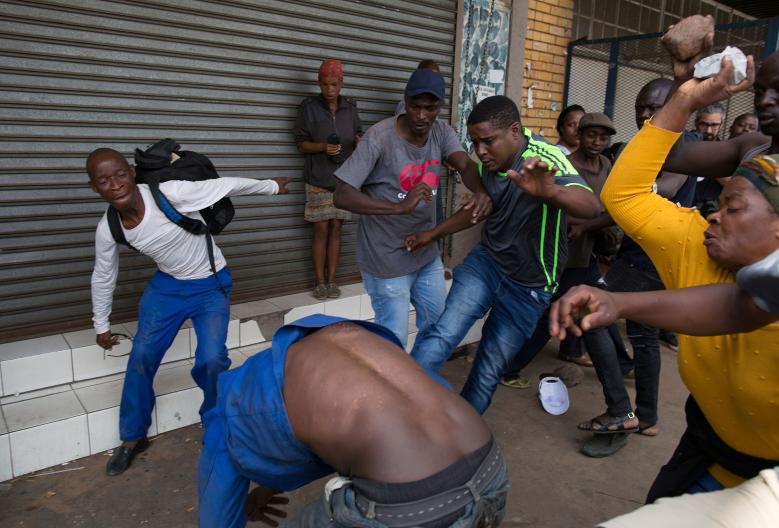 Xenophobia in “The Rainbow Nation”: Economic and Political Failure in South Africa

China’s known across the world for its unfortunate repression of the Tibetan and Uyghur peoples’ right to self-determination. Tibet and Xinjiang (home to China’s Uyghurs, an Islamic, Turkic ethnic group) are both restive regions that capture the world’s attention from time to time, leading observers to frame the conflict as one between the Han majority, consisting of 95% of the population, and an oppressed class of minority groups.  However, many people fail to realize that China is also home to 53 other ethnic minority groups that are generally satisfied and at peace with the regime. At the heart of Chinese policies toward minorities is Youhui zhengce (优惠政策), an affirmative action-like program meant to induce economic integration, protect the equality of minority languages and cultures, and respect territorial autonomy.

To examine the success of this policy requires comparing two fundamentally similar groups that differ in response to the Chinese regime: the Uyghurs in Xinjiang and the Koreans in Jilin.  The Koreans and the Uyghurs share a similar geographic and historical context. Both are located in landlocked provinces outside of the core region of China’s economic miracle and were, in principle, equal recipients of preferential treatment by government affirmative action policies to foster integration and equality of opportunity since the 1980s. In addition, both provinces have seen substantial double-digit economic growth since the 1980s. However, while the Koreans have lived in peace with the Chinese, the Uyghurs have become increasingly violent and resistant to Beijing.

Comparing the Uyghur and Korean-Chinese experiences offers a rare opportunity to analyze Beijing’s strategy of using economic growth and integration to develop a legitimate mandate of rule over minority groups.

Secondly, both groups are at the periphery of China. Xinjiang has historically been at the far periphery of any Chinese empire—if included at all. Even when controlled by a Chinese government, Xinjiang was often classified as an outpost rather than a full province. The Korean Chinese live at the southern tip of Manchuria. Jilin is a former Manchurian province, and only became a part of China during the Qing dynasty. Most Koreans that live there trace their roots to migrants that left the peninsula between 1850 and 1945.

Thirdly, both groups have a similar socio-economic background. They both reside in provinces that were outside the direct Chinese economic miracle that transformed areas along the East Coast. Both Xinjiang and Jilin are removed from the central Chinese basin and predominantly rural, with the Korean-Chinese and the Uyghurs engaged almost entirely in agriculture. And both provinces have seen substantial economic growth, ever since the start of Chinese investment in the 80s and 90s: Jilin had 13.4 % GDP growth in 2012 and Xinjiang has seen 8.8% growth in 2016.

With all of these fundamental similarities, why were the Chinese able to placate Korean ethnic nationalism while stirring up Uyghur frustration and resistance over the past two decades. That reason might be found in China’s method of producing economic growth. In Xinjiang, Beijing utilized migration while Jilin grew due to internal investment. The former caused substantially higher levels of income inequality that hurt Chinese attempts at integration.

When comparing growth strategies in the two provinces, we need to understand what drives GDP growth. Growth requires increases in investment, consumption, exports and/or government spending. Exports are dependent on investment and government spending. Investment relies on a large population base with substantial human capital to implement projects and achieve returns.  Consumption also requires a growing population (i.e. consumer base) with rising incomes.

In the case of Xinjiang, China had no means of fast growth other than through migration-induced development. Xinjiang, which had a population density of less than 10 people per sq km. in the 70s and 80s, was not built for rapid growth in investment, consumption or exports. A small, spread out population also means government spending growth has a low ceiling. So, rather than wait for the local population to increase and develop higher levels of educational attainment, the CCP simply encouraged—and in many ways forced—mass migration: an economically ingenious move insofar as it took the massive labor surplus of provinces such as Sichuan to the labor scarce Xinjiang. However, it effectively overwhelmed Uyghur culture and identity; the Uyghur, once a majority, is now the provincial minority. It also reduces the benefits of affirmative action policies for Uyghurs as the mass influx of Han migrants, educated and un-educated, reduces the demand for skilled Uyghurs.

Jilin, unlike Xinjiang, is relatively well-populated and dense, with 27 million people and 149 people per square kilometer. In addition, the capital of Jilin, Changchun, was the former capital of the Japanese puppet state of Manchukuo. Thus while the province is still very agricultural and rural, its urban areas are far more developed thanks in part to Japanese imperialism. Given this history, Jilin has a strong base of human capital, an aged but functional industrial base and a population density that can induce further urbanization. While Koreans, like the Uyghurs, are predominately agricultural and rural, they are densely concentrated in one part of Jilin: Yanbian Prefecture at the south tip of the peninsula. Thus, there was no need to force surplus Han labor from other provinces to induce growth. In Jilin, capital investment and endogenous strategies were able to kick-start the economy. Koreans who benefited from affirmative action policies were also able to climb up the ladder of prosperity without having to compete with a mass of Han migrants like the Uyghurs.

The CCP has created a generally successful strategy of using economic growth to develop a legitimate mandate of rule and bring peace to a country with 55 minority groups. We see this exemplified in Jilin, where Koreans have generally been peacefully integrated through endogenous development. However, in the case of Xinjiang growth was induced through massive migration of Han people, which brought development but reduced the efficacy of economic growth based ethnic integration. Conflict in Xinjiang is racial, and despite economic growth and an objective betterment of Xinjiang Uyghur livelihoods in the past three decades, nothing can replace the loss of identity that accompanied it.