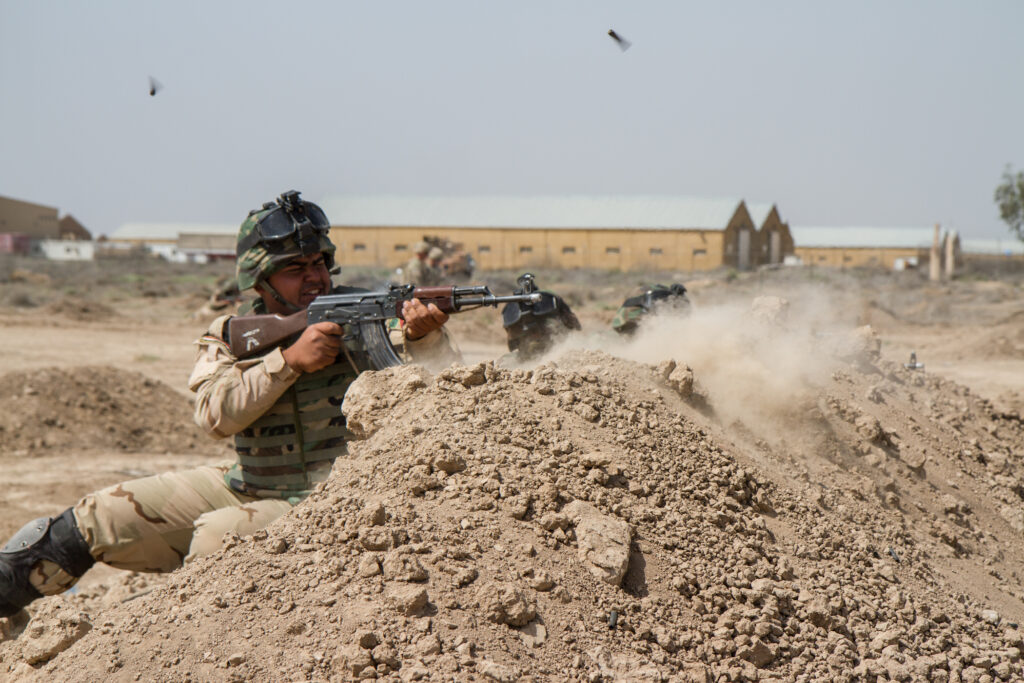 Who to Blame for Iraq III

Belgium is reeling from its recent terror attacks. The tactics employed worked around post-9/11 security measures at Zaventem Airport, maximizing casualties and undermining public faith in the security apparatus. Terrorists have learned to leverage the vulnerability of locations like transportation hubs, stadiums and other public venues where large crowds gather with minimal physical security. And the world has yet to find a reasonable solution. Terrorists are able to run amok in Europe’s major cities. The attacks in Brussels and Paris have proven that terrorists can procure arms within European nations and move easily from one city to the next, often blending in with Muslim communities. It should surprise no one if jihadists linked to the Paris and Brussels attacks later return to strike Amsterdam or Cologne next.

Europe cannot solve its security, immigration or economic problems with disjointed policies and practices. European countries can solve these problems for themselves with independent immigration policies and segmented border fences, or it can integrate its policies and practices to reduce the level of uncertainty in European politics and economics. A major problem is that no one knows who is in charge. Europe needs to empower a stronger EU government or divert sovereign powers completely back to each nation-state. Until they do, Europeans will have to endure more terror attacks so long as strict privacy laws and generally liberal immigration policies remain in place. These attacks will only grow in sophistication and number, regardless of how many bombs are dropped on jihadists in Syria and Iraq.

The threat of the Islamic State (IS) has compelled many international observers to call for “more Europe”. Though I would wholeheartedly support any political measure that might consolidate the EU as a political union, the rise of nationalistic populism and divergent geopolitical interests suggest that “more Europe” is just a dream for the well-educated minority of European citizens.

The Five Star Movement and the Lega Nord in Italy, Marine Le Penn in France, fascism in Hungary and Greece and many other far-right populist and nationalistic parties are on the offensive all over Europe. The situation is critical, and the European political establishment fails to understand and address the fears of its people. Intellectuals and experts call for “more Europe”, but the comment sections of their own articles confess a deep divide between what they think is right and what people really fear and care about.

This intellectual and political blindness adds up to an underlying dichotomy in the constitution of the European Union itself. Europe is not a federation of states; rather, it is a confederation. This means that while the EU is a single economic entity (a single market), it is not a single political entity. A group of countries choosing to cooperate, but still maintaining their own foreign policies.

When the Ukrainian crisis exploded, Putin met with Francois Hollande and Angela Merkel, not with Federica Mogherini, the High Representative of the Union for Foreign Affairs and Security Policy. Both Germany and France enjoy a productive relationship with Russia, while countries of the so-called “New Europe” (Baltic states) and the UK see it as “public enemy number one.” What this means to show is that a coordinated European foreign policy is highly improbable, and it’s by design. Ultimately, what we should expect is a strengthened cooperation between intelligence and security agencies, which, albeit with limited capacity and poor results, has already started.

As someone who lived and worked in Brussels and who loves the city, I am deeply saddened and angered by the attacks of March 22. Emotional responses after attacks are customary, but importantly human. Having witnessed the societal structure of Brussels, however, not only makes me feel closer to its people, but also makes worry about how the usual post-attack community building might regionalize Belgian and European society.

European societal pillarization is a common topic, never more so than after the religion and ethnicity-inspired attacks on Paris and Brussels. While the “no-go zones” that European experts Bobby Jindal and Fox News focused on in the wake of the Paris attacks are oversimplified and reductionist, it is undeniable that pillarization in the Dutch tradition has been the preferred societal structuring across Europe. This creates a separation between ethnicity and class in most major cities, and Brussels is no exception. Divides are not always as easy to define as the Middle Eastern-European one currently under scrutiny; French speaking and Dutch speaking portions of the city are plainly divided, and even the two major universities are one French-speaking, one Dutch-speaking. A society already prone to division is one at risk of deepening those divisions in the wake of tragedy and in the midst of mass fear.

The response I’ve seen from my friends and colleagues has helped assuage doubts about the future of Brussels, Belgium and Europe in general. Yes, more care will be taken to prevent future attacks, and to an extent that is necessary. But the people of Brussels do not want to live in fear. They do not want to discriminate or hate. They just want life to return to normal. As the capital of Europe, Brussels’ response should drive European response. And, if Europe reacts as its capital does, we should not only see a hasty return to business as usual, but a more connected Europe. In the wake of both Paris and Brussels, the best possible response could be an increase in information and intelligence sharing across the Schengen area. Sovereignty aside, living in a free movement area necessitates such sharing, as outlined by Ali Soufan in the Guardian. As far as changes going forward, increased information sharing is the only potential change I see. The people of Europe are invested in the society they’ve built, and isolated incidents can only make it stronger, not bring it grinding to a halt with needless fear and over-securitization. Especially in Brussels, the mood is one of sadness and regret, but also one of resolve to move forward with life and with the European project.

I’ll conclude with the words of Sven Biscop, a program director at the Egmont-Royal Institute for International Relations in Brussels:  “When our values are under attack, the answer cannot be to abandon them – that would amount to capitulation… No European democracy will collapse, unless we ourselves give up on democracy.”

In the wake of the attacks, much of the world’s focus has been on Belgium; however, its effects are starting to be felt in other areas. In the UK, immediately after the attacks, the disparity between public opinions about Brexit narrowed, indicating the increased support for a rather selfish movement towards British isolation. It is important to consider what will transpire when Britain votes on Brexit at the UK’s EU referendum on June 23 and the message it will send to the rest of the world.

Leaders in favor of Brexit were quick to use the siege on the EU’s capital as reason to leave. The UK Independence Party says that restricting the 508 million EU citizens who can freely pass into the UK would better equip the nation to keep suspicious people out. Although a reduced flow of immigrants into the UK appears to lessen vulnerability to attacks, using Brussels to encourage pro-Brexit support is inappropriate and a distasteful way to react to such violence. A response of this fashion is exactly the type ISIS hopes to incite. Not only will leaving the EU spiral Britain into a period of uncertainty and force the nation to renegotiate trade relations, it will also trigger intensified xenophobia in the region. The global repercussions of a Brexit would constitute a statement of retreat and isolation for the UK, rather than one of leadership in the war on terror.

With the British public becoming more evenly split on the issue, it is crucial for British Prime Minister David Cameron and the UK to encourage support for remaining in the EU by standing with Belgium and pledging to fight extremism. Rather than making the antagonistic decision for Brexit, Britain must coalesce with the rest of the EU to prevent future tragedies. Already, Britain has seen backlash for even considering a Brexit, and other EU countries are becoming frustrated with the UK’s inability to cooperate. As terrorist attacks continue to devastate Europe, the region must be wary of how isolationist solutions can create distrust among nations, especially in times when international collaboration is critical.

For Parisians, the November terrorist attacks in Paris were an utter shock. The March 22nd attacks in Brussels, however, were tragically less-than-unexpected. Belgium has been on high alert for months, and despite frequent counterterrorism raids by Belgian security forces, it took far too long to capture key plotters behind the Paris attacks who were able to shelter just outside of Brussels. There is a clear need to strengthen Belgium’s counterterrorism and intelligence capabilities; the European Union must quickly collaborate to aid Belgium in countering the very significant threat of further attacks.

But if the goal of these terrorists was indeed to ‘terrorize’ the European people, I can confidently say they have failed. Paris and Brussels are linked so closely by terror that an attack against one is a warning to the other. But in the heart of Paris where I currently live, Parisians remained undaunted. Planned strikes or manifestations against labor law reforms continued (although one might think congregating in the street a day after a major terrorist attack would be too frightening). Although more police were indeed deployed in the streets, the majority of these were just there to watch as Parisians practiced their cherished freedom of assembly. Across Europe, cartoonists, artists, and everyday people continue to share positive images and messages of hope, individuality, diversity and defiance of fear. In France, public support is not building behind a “war” on terror as declared by President Hollande. This is all to say, Europe’s fight against terrorism will be very different and more subtle than America’s, although Europe may indeed face a much more severe and direct daily threat. Expect bureaucratic reform and behind-the-scenes counterterrorism enhancement – but not much more. 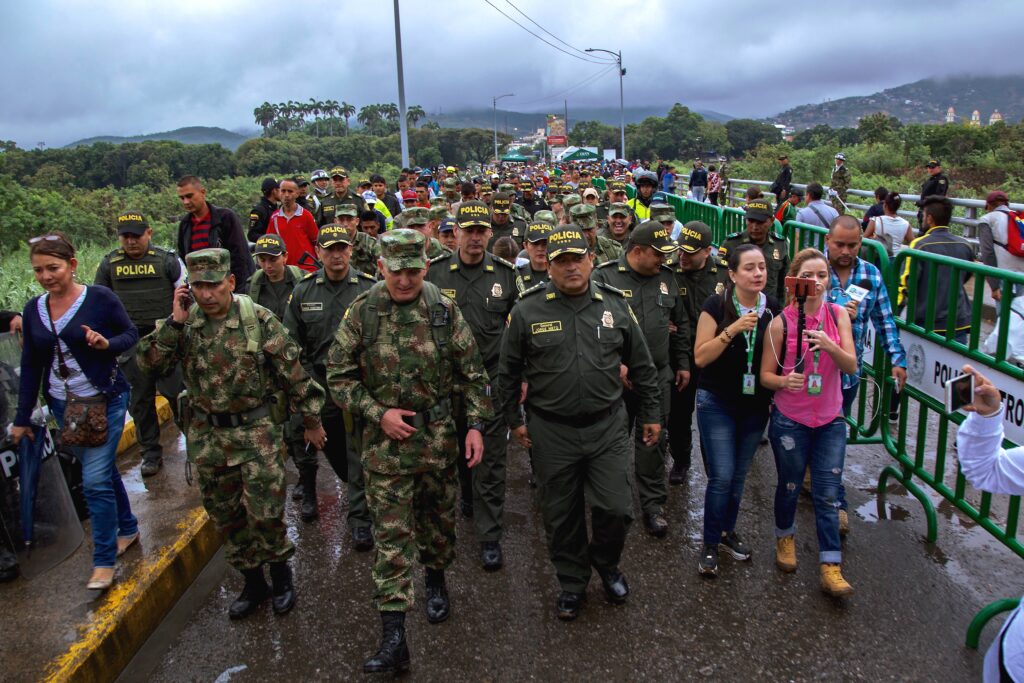 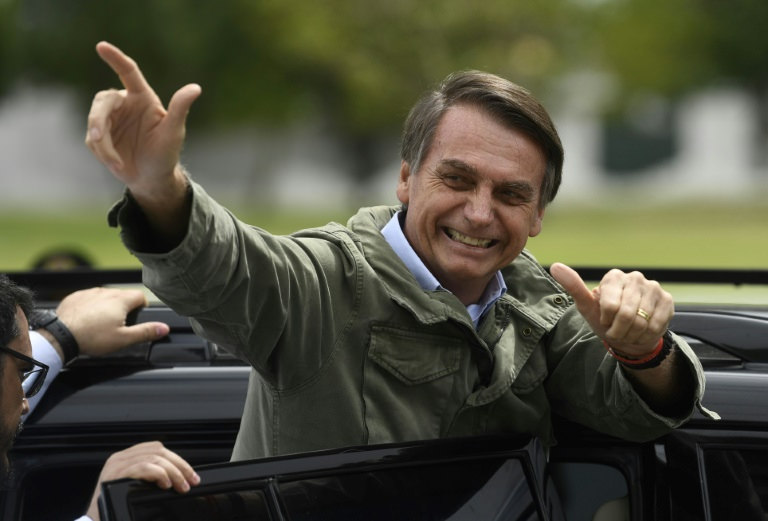 Correspondents Weigh-in: Global Shift to Nationalism and the Far-Right