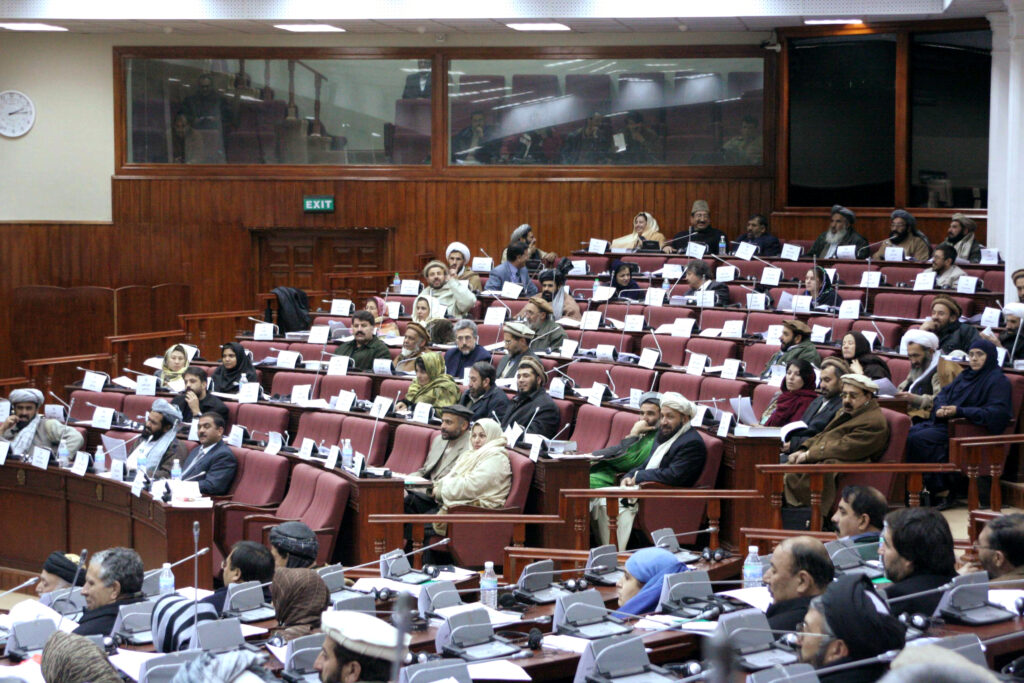 What Devolution Can Offer Afghanistan

LOS ANGELES — On March 28, U.S. Trade Representative Katherine Tai announced that “the U.S. is not ready to lift tariffs on Chinese imports in the near future.”

The policy in question is an elevated 19.3% tariff implemented on imports from China, triggered by alleged “unfair Chinese trading practices.” Despite the imposition of these tariffs in 2018, China has not changed its behavior. If the United States wants to win this strategic standoff, it needs to overhaul current policies.

Many U.S. political analysts have been forecasting a new Cold War between the United States and China due, in part, to the ongoing trade war. The U.S. government has placed Chinese companies on the Commerce Department’s export control list and the Treasury Department’s Office of Foreign Assets Control list. All of these measures have been made in an attempt to protect U.S. industries and promote U.S. goods, thus furthering Trump’s “America First” approach to the global economy. However, the tariff costs are paid by U.S. manufacturers and consumers, and make it more difficult for U.S. firms and industries to succeed in the global economy. Tariffs are passed on to producers and consumers in the form of higher prices. Additionally, tariffs can raise the cost of parts and materials, which would raise the price of goods using those inputs and reduce private-sector output. This results in lower incomes for both owners of capital and workers.

If a new Cold War is happening between the United States. and China, then the best strategy to beat China is to revisit history and learn from the past.

In the past couple of decades, China has risen as a dominant power in the international community. China is set to become the biggest economy in the world within the next five years: the Chinese currency is gaining strength throughout the world, and the country is strengthening diplomatic relations with more and more nations. This growth is perceived as a threat to U.S. economic and soft power.

The People’s Republic of China has an authoritarian political system controlled by the Chinese Communist Party. Following the 1949 revolution, party leaders led by Mao Zedong attempted to reform China, imposing a communist political ideology, a state-run economy, and absolute party-state control over citizens. The difference in ideologies between these two superpowers parallels that of the United States and the Soviet Union during the original Cold War. The only difference now is that the Chinese ideology includes a free and open market, contributing to their growing economic power.

The United States did not win the Cold War by imposing tariffs; instead, they outspent the Soviet Union. During the 1960s and 1970s, the United States produced a new resurgence of scientific and engineering developments that fueled economic growth and ensured that the Soviet Union would trail behind the United States. In 1958, the U.S. government passed the National Defense Education Act which provided an incentive for people to enter the science and engineering fields. The United States also encouraged studying foreign languages and cultures to develop appropriate international policies and cultivate relationships around the world. Currently, the United States is ahead of China in terms of technological advancements and innovation, due to its combination of leading universities, innovative and successful tech companies, and an openness to global ideas. China’s scientific achievements have risen steadily throughout the years, but it still trails behind. China is winning in 5G in the major technology battles, but the United States has the edge in artificial intelligence, quantum computing, semiconductors, and automobiles.

Therefore, the United States can and must re-establish itself as the leading inventor of key technologies that the world needs and, thus, better protect its national security interests. With China funding and backing their major technology companies, like Huawei and Alibaba, their government has access to the data and information that these companies store. If the United States loses its edge in technological advancements, then there will be more incentive for U.S. companies and consumers to use Chinese products, thereby potentially enabling Chinese government access to U.S. data and information.

Some technology experts disagree and say that China is beating the United States in the technology sphere. Huawei is a Chinese multinational technology company that is seemingly unrivaled by any other company in the world within the sphere of telecommunications equipment. Through significant government support over the last few decades, Huawei was the key player in helping China unleash 5G, turning much of the nation into a potential marketplace for 5G-dependent technology. This new technology is a huge asset to China as 5G will enhance connection speed, allowing it much easier to deliver highly complex services. The United States has allowed free market forces to guide the roll-out of its 5G systems and has yet to transform into a 5G marketplace. The commercial Chinese tech giant, Alibaba, has invested billions of dollars into AI research, which has allowed advancements in e-commerce algorithms and face recognition.

However, successful U.S. multinational companies like Microsoft and Google have spent even larger amounts of money on AI, which they are using to maintain a sizable lead for the United States. Where there is a level playing field, the innovation and drive of U.S. technology will win regardless of what Chinese companies can do. The U.S. has more powerful companies that continue to invest more money and resources into developing new technologies, which allows the U.S. to stay ahead of China.

The U.S. government must also incentivize domestic companies to invest in other nations besides China. Last year marked the first year in history that foreign direct investment in China overtook that of the United States, according to the United Nations. China is now the world’s largest recipient of foreign companies’ investments. The U.S. government needs to help decrease American dependence on China for both business reasons and national security. The United States heavily depends on China for providing low-cost goods that enable income-constrained American consumers to make ends meet.

Additionally, the United States relies on China to support its own exports. Most importantly, China provides funding for U.S. budget deficits. China is the largest foreign holder of U.S. Treasury securities – some $1.3 trillion in direct ownership and at least another $250 billion of quasi-government paper. Most of the top American firms are invested in China because of its massive market and efficient supply chains.

Over $560 billion worth of goods came into the United States from China in 2018, making up more than 21% of the value of all goods the United States imported. Foreign direct investment from U.S. companies into China has remained stable even with the trade war between the two nations. The large U.S. trade deficit with China epitomizes the reliance of the American economy on Chinese supply. Ending this relationship is not reasonable nor beneficial but becoming more independent within the next 10 years would be advantageous for both nations.

To do this, the U.S. government should be searching for positive incentives to encourage investors and traders to shift away from China. The main way to do this is to create new trade deals with China’s competitors, most notably India and Vietnam. As a result of economic cooperation and interlinkage, the United States is in an optimal position to build political alliances with these nations, akin to another Cold War-era tactic. Political alliances, particularly with Western Europe and Japan, were an important aspect of the United States’ eventual triumph over the Soviet Union and should be replicated in its struggle against China. Creating new trade pacts provides a cheaper way for U.S. companies to manufacture their goods abroad compared to producing them at home, while simultaneously promoting independence from China. The U.S. government should also subsidize technology and manufacturing companies to help bring products from China back to the United States and provide tax breaks to companies that move production to friendlier countries.

Critics of trade pacts will say that by doing this the U.S. is impeding on free trade and is being hypocritical since it is one of the major proponents of trade liberalization. Trade pacts are both tools for creating trade with the members of the pact and for diverting trade away from non-members. Typically, trade pacts are legally binding contracts between either two or multiple nations that set tariff levels, non-tariff barriers, and outright prohibitions. These new trade pacts will divert trade away from China, which is good for the United States, and will also foster U.S. trade with other developing countries on the Asian continent and abroad.

Increasingly, countries are trying to make their mark in the international market and by signing a deal with the United States, they can become more attractive to other nations and foreign investors. Through the use of trade pacts, the U.S. is still liberalizing trade with other nations. This could be a huge win for the United States as well as for many developing nations that are trying to compete with China.

Wars are not won in weeks; they are won through fostering innovation, outspending the opponent, and forming alliances. The U.S. government needs to lift the tariffs on China, continually innovate, and become less and less dependent on China for manufacturing and production. It is then that the United States will truly win this trade war.