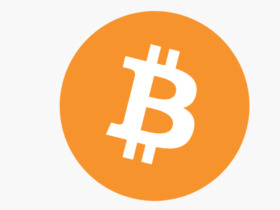 Could Bitcoin Be the New Dollar?

A new study revealed that in 2020, the EU killed approximately 50 million sharks in order to meet the East Asian market demands for shark fin products. Unfortunately, these numbers represent only a fraction of the reality behind the disturbing shark fin trade.

Shark finning is the practice of removing the fins from a still-living shark. Practicing fishermen catch sharks, chop their fins and drop their bodies back into the ocean. Without their fins, sharks cannot survive and sink to the seafloor to either drown or bleed to death.

This wasteful practice uses only 1-5% of the shark’s body. Once removed, the fins are most commonly used in a dish called shark fin soup, a Chinese delicacy that has been adopted by much of Asia as a status symbol. Originally consumed by the wealthy aristocracy in East Asian nations, a bowl of shark fin soup costs, on average, $100, which limited the number of individuals who could afford the soup for most of the 20th century. However, the growth of the Chinese economy and its middle class has caused the demand for shark fin soup to skyrocket, making it a popular dish for weddings and banquets.

Today, shark fin soup can be found in more restaurants and countries than ever before.

For years, this cruel practice has been ignored due to the media’s villainization of sharks. Films depicting sharks as merciless killers, such as the blockbuster movie Jaws, are ubiquitous. The prevalence of shark attacks in the news creates the misconception that they occur at a much higher frequency than reality, instilling an irrational phobia of sharks into the public.

Despite sharks being on our menu, we are not on theirs. In fact, humans are four times more likely to be killed by a vending machine than by a shark. Sharks are responsible for a global average of only six human deaths a year, whereas humans contribute to 100 million shark deaths each year. The overfishing of sharks has resulted in a 71% decline in their populations in just 50 years, leaving more than 75% of shark species to be at risk of extinction. Sharks are particularly vulnerable to extinction because of their slow reproduction and maturation rate. They are being killed much faster than they can reproduce.

To combat the decimation of shark species, many countries have implemented bans on shark finning and shark fin exports. Shark conservation efforts in the U.S. led to 14 states issuing total bans on the possession, sale and distribution of shark fins. Several other nations, such as Canada, Australia, New Zealand and other Pacific Island nations, have issued similar restrictions.

Unfortunately, there is an extreme lack of enforcement of these bans. Ending the fin trade has proven to be much more challenging than just passing laws. For one, governments must allocate funds to agencies that will enforce bans. Sadly, the shark fin trade fails to reach the top of any leaders’ political agenda, decreasing funding for these agencies. Secondly, once cooked, it can be extremely difficult to tell which shark species a particular fin or material belongs to, allowing restaurants a level of immunity to an investigation. Finally, bans and regulations have caused the shark fin trade to move underground. For example, San Francisco is home to one of the world’s largest underground shark fin arenas. Even though authorities are aware of the problem, they lack the resources to combat these illicit markets effectively. Therefore, while various bans have helped raise awareness of the magnitude of the problem, they have done little to put an end to the shark fin trade.

Asia has been considerably more apathetic in ending the fin trade as the largest consumer of shark products.

On paper, several Asian nations, including Taiwan, have placed “bans” on finning. As of 2013, Taiwan had outlawed shark finning and the sale and distribution of fins; however, they are still one of the leading countries in shark fin consumption, demonstrating that their restrictions are largely for show.

Other efforts have come from a more grassroots level. Environmental activists in Hong Kong and other nations have taken the issue into their own hands by protesting restaurants that serve shark fin soup. While these efforts demonstrate an increased awareness of the issue, they have only been mildly effective in combating the fin trade.

A more effective remedy — shark sanctuaries — is being implemented in many countries with surprising benefits beyond the scope of conservation. A shark sanctuary is a heavily protected marine area that safeguards sharks and other species from commercial fishing. As of 2016, there are 21 shark sanctuaries in the world, primarily located in the Pacific and Caribbean. These sanctuaries are much more effective at protecting sharks than legislation because sanctuaries follow through with their enforcement. They create an isolated space that is heavily patrolled by authorities that issue fines and, in extreme cases, sink offenders’ vessels. Many of these Pacific and Caribbean countries have realized the additional benefits of protecting sharks.

Beyond the extreme ecological impacts of losing a 450 million-year-old apex predator, the loss of sharks would also result in the loss of a great economic opportunity: ecotourism.

Palau, a Pacific Island nation, created the world’s first shark sanctuary in 2009. Since then, shark ecotourism has become a vital part of the nation’s economy and has grown to comprise 39% of the nation’s GDP. A study in Palau found that a single shark can generate $2 million in ecotourism revenue over the course of its lifetime. In contrast, the fins from an average shark can be sold for around $2000. In other words, a shark has the potential to generate 1,000 times more revenue when alive than when butchered for its fins.

Shark ecotourism generates an estimated $600 million per year, up from $314 million in 2013. In contrast, the shark fin trade is valued at approximately $400 million and has experienced a decline in recent decades due to declining shark populations. The ecotourism prospects of sharks have far surpassed the shark finning industry, having grown by more than 90% in less than ten years.

One specific form of shark ecotourism is shark diving, which has become an extremely popular sport in the 21st century. An estimated 7 million divers dive with sharks each year, and 71% of PADI-certified divers are willing to pay more to observe sharks than any other species in the ocean. Shark diving has grown most in Pacific Island nations, Australia, New Zealand, South Africa, the United States and Central America. U.S. states like Florida and Hawaii have seen significant economic benefits from increased shark tourism. Florida’s shark diving industry generated $222 million in one year, translating to 3,800 full-time jobs.

The economic value of shark ecotourism is far more sustainable and profitable than the shark finning industry. Even though the shark fin trade has declined, sharks are still being overfished and slaughtered at alarming rates. Shark finning is extremely detrimental to the global economy and environment — if it continues to cause 100 million shark deaths a year, there may be no sharks left in the near future.

If the world realized their true value and importance, sharks would not be fated to extinction.

Just a few decades ago, whales were facing a similar threat. They were being killed in droves for their blubber to support the whaling industry, and many species were endangered. However, through raising awareness and implementing serious legal protections, whale populations have begun to reach pre-whaling levels while simultaneously supporting an extremely lucrative whale watching industry.

Environmental protection does not mean economic sacrifice. By preserving our natural world, we can reap significant and sustainable economic benefits.

Sam Tvrdik is a current USC junior double majoring in Political Science and Psychology with a minor in Applied Analytics. Sam is from a very small town outside of Rochester, NY named Honeoye Falls. He is extremely passionate about the environment and climate policy on a global scale with a concentrated interest in marine policy. In his free time, Sam enjoys traveling and staying active in any way he can.