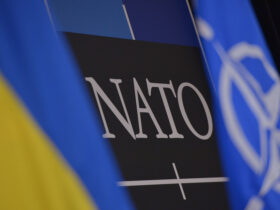 As one of the most destructive ideologies in human history, fascism left a heavy and painful shadow upon our world. The crimes of Nazi Germany and fascist Japan have been remembered by individuals worldwide, yet the lesser-known crimes from lesser-known countries seem to be neglected by the broad public. One of the most gruesome and evil perpetrators of war crimes during the Second World War was the Croatian Ustaša government, where more than 300,000 people died under the 4-year rule of the fascist government.

77 years after the fall of the Ustaša government, Croatia still struggles to face its far-right legacy.

Throughout the early 20th century, Croatia remained a part of the Austro-Hungarian Empire and, subsequently, the Serbian-led Kingdom of Yugoslavia. During this period, nationalistic sentiments became widespread, as Croatians hoped for a state for themselves. Under the influence of the recently established Italian and German fascist movements, the Ustaša party was founded by politician Ante Pavelić to seek Croatian statehood.

As the Axis powers invaded Yugoslavia in 1941, the Independent State of Croatia (Nezavisna Država Hrvatska, NDH for short) was established by Pavelić and the Ustaša. From 1941 to 1945, whilst nominally independent, Croatia remained a puppet of Germany and Italy as the Croatian administration was pressured to persecute Jewish and Roma populations.

For the Ustaša, the primary enemy of Croatia was the Serbs due to differences in religious belief (Croats being Catholic and Serbs being Orthodox) and the history of repression under the monarchy. The Ustaša carried out unprecedented genocidal policies against its Serb population, where forced conversions of Serbs took place, and concentration camps were built to rid Croatia of “undesirables”.

The infamous Jasenovac Concentration Camp saw the execution of around 50,000 Serbs, according to the U.S. Holocaust Memorial Museum, whilst other camps like Jastrebarsko were created exclusively for children. Living conditions under such camps were dehumanizing.  Children slept on stacks of straw and were only fed milk and gruel, whilst corpses were collected in barrels. When officials from Nazi Germany visited the children’s camps, they were utterly disgusted by the conditions and treatment despite carrying out inhumane policies of their own.

The genocidal and self-destructive Ustaša government ended in 1945, when Yugoslav partisans liberated the territories held by the Independent State of Croatia.

Even though Ustaša atrocities mark a dark page in Croat history, there are a number of apologists and sympathizers in the high ranks of Croatian politics today. Despite Croatia’s accession to the EU in 2013, the far-right remained a formidable and influential political force in Croatia, where crimes committed by the Ustaša are downplayed and even legitimized.

In 2016, far-right politician Zlatko Hasanbegović was appointed as Minister of Culture. His appointment was met with mass discontent due to his sympathies toward Ustaša and the NDH. Hasanbegović once claimed in a speech that the NDH’s downfall in 1945 was “our biggest tragedy and defeat.”

The revisionist sentiment reflected upon Hasanbegović’s controversial comments is not in isolation, as the most popular right-wing populist party in the country, the Croatian Democratic Union (Hrvatska demokratska zajednica, HDZ for short), often incorporates hints of neo-fascistic elements in their politics. The chant “Za dom, spremni” (meaning “for the homeland, ready”), which was popularized by the Ustaša and seen as the Croatian version of “Sieg heil,” was often used by HDZ supporters and some members of the political party. Other slogans previously used by the Ustaša, like “Bog i Hrvati” (meaning “God and Croats”), are used by the HDZ in political rallies.

Many Croatian politicians also support the annual march and commemoration of the killing of Ustaša members by the Yugoslav partisans in 1945. The events occur in the town of Bleiburg in southern Austria, where thousands of Ustaša sympathizers and right-wing extremists gather, including government officials.

Such commemoration events have been sponsored by the Croatian government since May 2016. In response to the influx of Croatian marchers, the Austrian government banned several Ustaša symbols, including the infamous letter “U” written on a grenade and the WWII-era insignia of the checkerboard coat of arms that the NDH used in official instances. Many Austrian Parliament members have also expressed concern regarding the events in Bleiburg being a gathering of neo-fascists and ultranationalists.

The commemoration is justified to remember victims of communist Yugoslavia and celebrate Croatia’s renewed sovereignty. Yet, the clear neo-fascist undertones are ever present despite the masquerade of remembrance. Far-right radicals often present a false binary between the Ustaša and Yugoslavia, echoing the classic trope of “fascism versus communism”. They tend to justify Ustaša war crimes by emphasizing the subsequent atrocities committed by the Yugoslav partisans, deeming Ustaša members as heroes and liberators of Croatia.

With the fascist legacy of Croatia still playing a significant part in politics, modern Croatian culture is influenced by far-right ultranationalism. Originating from the racist and xenophobic policies of fascist Croatia, racism remains a critical issue plaguing Croatian society and hindering social progress.

One of the most famous Croatian musicians, Marko Perković (also known as Thompson), has expressed his sentiments of ultranationalism on public occasions. His songs often contain far-right elements, where he emphasizes the blood purity and strength of Croats. He repeatedly included the ultranationalist chant “za dom, spremni” in his performances and songs and performed the Nazi salute in public.

Perković’s actions attracted the attention of authorities, with the Court of High Misdemeanors in Zagreb putting Perković on trial. Yet, to the dismay of many, the court did not find Perković guilty.

This ruling epitomizes the silent tolerance of the Croatian government to ultranationalism, where far-right hatred and neo-fascism face no regulation in Croatian society. As neo-fascist narratives permeate Croatian society and culture, such demonstrations of hatred are accepted without realization. The growing far-right influence within Croatian society is, in a way, exacerbated by the lack of action from the government, where traces of fascism integrate into the cultural fabric of modern Croatia.

Football and the Far-Right

The widespread normalization and acceptance of ultranationalism also extend to the realm of sports. The Croatian national football team is seen as the pride and joy of Croats worldwide as it has been exceptionally successful in global tournaments, reaching the 2018 FIFA World Cup final in Russia. Yet, the national team faces various controversies centered around the far-right.

One of the most infamous controversies is the case of Josip Šimunić, an Australian-born Croatian footballer that played for the national team from 2001 to 2013. During a World Cup qualifier game in 2014, Šimunić led a post-game chant with the audience, where he shouted “za dom” as the audience replied “spremni.” FIFA subsequently banned Šimunić for ten matches, with a fine of around £24,000. Šimunić claimed after the FIFA ruling, “I did nothing wrong. I’m supporting my Croatia, my homeland. If someone has something against it, that’s their problem.”

Šimunić played for Dinamo Zagreb, which is the biggest club in Croatia. The Zagreb-based club is known for its passionate fan organizations (also known as ultras), notably the Bad Blue Boys (BBB). BBB had long been influenced by far-right politics and plagued by hooliganism, where neo-fascist banners and slogans can often be found in the stands or the streets.

In 2020, a photograph of several members of BBB posing with a banner saying “we will f*ck Serbian women and children” was brought to the attention of Croatian authorities. Along with the banner, Ustaša insignia was displayed in the photo, highlighting the neo-fascist nature of such behavior. Authorities later claimed that the people pictured in the photograph also chanted “Kill the Serb” as they waved banners and flares.

BBB members were also caught performing the Nazi salute as they paraded through Milan just before a Champions League match between Dinamo Zagreb and AC Milan in 2022.

Ironically, the repeated cries of how football is beyond politics seem weak under the waves of far-right sentiments amongst radical fans in Croatia. As football reflects a place’s culture and society, it is disheartening to see Croatian football be troubled with toxic and outdated ideologies. To outsiders, the achievements of Croatian football are overlooked and overshadowed by the rampant and destructive behavior of the minority, tainting the name of Croatian football and driving fans away from the sport.

Croats worldwide share a strong connection with the motherland, as the Croatian national anthem sings, “da svoj narod Hrvat ljubi” (meaning a Croat loves his homeland). Yet the adoration and love for the motherland can turn into blind and destructive nostalgia for a dark past. Croatia still needs to correctly and unbiasedly view the past and learn from its mistakes to become a better place for all.