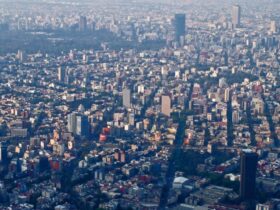 How Mexico’s New Administration is Harming the Environment

Since the parliamentary elections last October, the Moroccan government has suffered from gridlock due to elected Prime Minister and leader of the Justice and Development Party (PJD) Abdelilah Benkirane’s inability to form a governmental coalition. Clashes with other political parties, King Mohammed VI’s makhzen (central state and royalist elites) and the vague rules of the new constitution are contributing factors and may result in a reelection if nothing is done. This tricky situation has left Morocco in a political and economic crisis with no formal running government and halted foreign direct investment. The mess is reflective of Morocco’s corrupt and unorganized governmental structure.

On October 8, 2016, the PJD, an Islamist party, won the parliamentary elections with 125 out of 395 seats, with a 43% voter turnout. This is the first parliamentary election held post-Arab Spring in 2011, during which a new Moroccan constitution was created. The constitution requires King Mohammed VI to appoint a prime minister from the winning party and gives the prime minister authority to form a coalition with at least four other political parties, thus reducing the dominance of any one party in the parliament. However, the constitution does not set a time frame in which the coalition must be formed.

There certainly were hopeful prospects for this election–it was supposed to be a turning point for Morocco’s transition towards a parliamentary monarchy, with perhaps a glimmer of democracy. However, the government has halted this possibility due to its unorganized, pseudo-democratic structure–the reelection of Benkirane, and the very concept of a coalition with too many ruling parties have ultimately weakened the stability of governance.

In the 2011 elections, the PJD won the majority vote and formed a coalition with the National Rally of Independents (RNI), the Popular Movement (MP) and the Party of Progress and Socialism (PPS). For this round of elections, Benkirane split ties with the RNI and MP after they pressured him to form new coalitions with parties loyal to the makhzen, such as the Authenticity and Modernity Party (PAM), which was created by the king’s closest advisor. Though PAM followed the PJD with a close 102 seats in the election, Benkirane tactically avoided forming a coalition with PAM, which would weaken the Islamists and contribute to nepotism. In reality, the monarchy has always played a decisive role in power politics. It does not wish for the Islamists to take over Morocco, and is doing everything in its power to infiltrate the coalition to steer it in a royalist direction. The makhzen’s tactics, such as bribing voters, have made it increasingly difficult for opposition parties to gain momentum. The electoral competition is more about entering the king’s inner circle of power than reforming Morocco’s government.

Benkirane has strategically kept a balance between obeying the monarchy and criticizing it. He has shown support for democratization and economic development, yet handles these issues within the existing framework under the monarchy.

The makhzen is a deeply rooted institution in Moroccan society, and enjoys great political and cultural reach. While the monarchy allows the people to protest and voice their concerns, it also strategically oppresses their limited freedom by manipulating their interests through reforms that appear evolutionary and transformative, but really just redirect power back to the makhzen. All decisions must ultimately filter through the king, which has thus far ensured regime survival. Moroccans longing for political change and socioeconomic development have never fully triumphed in their fight.

The government gridlock has put the parliament on standby, put laws and regulations on hold, delayed passing a budget, which will defer the government’s subsidy reform program, and left ministries without leadership. Partly as a result, unemployment is forecasted to remain around 10% and corruption. Additionally, increased lack of transparency within most public sectors has driven corruption rates high in the judicial system, police force, legislation, civil society and more. FDI flows have dwindled, as prospective investors are either halting or pulling out investments due to political instability.

It is unclear which route Benkirane will take in forming a new government coalition. If Benkirane agrees to join with the royalist parties, he will just become another makhzen puppet. Ultimately, King Mohammed VI has the authority to chose another Prime Minister or call for reelections, which would undermine the new constitution. Benkirane is running out of options. Fear of losing his position as PM and the position of the PJD might lead him to concede to a coalition with the RNI. Such a partnership may not last long. A lack of transparency, the monarch’s heavy political hand and disorganization has put Benkirane in a deadlock between the monarchy and its royalists, in which no progress can be made.

The political leverage of the makzhen is unavoidable; Benkirane must work within the monarchical structure and collectively move forward in building a coalition to preserve the foundation of the new constitution and a parliamentary government. In doing so, he must prioritize the economy and the Moroccan peoples’ civic, social and political rights–elitist party politics aside. He needs to take affirmative action in addressing and mending Morocco’s domestic problems of unemployment, education, subsidies and corruption before dabbling in Islamist versus non-Islamist rhetoric with a repeat of the 2011 elections.

Erum Jaffrey is a junior International Relations major at the University of Southern California. Erum has experience working in film, radio and television and hopes to bring a voice for underrepresented minority women in the news media. She is passionate about South Asian and Middle Eastern diaspora studies, human rights, and female empowerment. On campus, you can see her working behind the scenes at Annenberg TV News, writing for the Daily Trojan, or editing the Social Justice Review. She hopes to travel and report as an international news correspondent in the future.