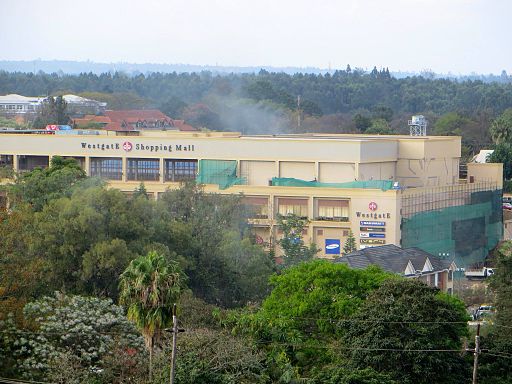 Islamic Radicalization in Our Own Backyard

The international community has long kept a watchful eye on Iran and its nuclear program. Over the last decade, the Islamic Republic of Iran has taken significant steps toward enriching uranium and reaching the threshold for an atomic weapon. This leaves the international community uneasy, as these steps threaten global security and stability. This could, in turn, lead to dangerous conflicts involving nuclear weapons.

The JCPOA and its Aftermath

Iran joined the Joint Comprehensive Plan of Action (JCPOA) in 2015, where, in exchange for the sanctions being lifted, it agreed not to produce highly enriched uranium or plutonium that could be used in a nuclear weapon. Nevertheless, from 2015 until the present, the international community continues to question Iran’s peaceful intentions and still considers the country a threat.

Former President Donald Trump withdrew the United States from the JCPOA in 2018 without evidence of any violations and decided to reimplement harsh economic sanctions, reasoning that Iran had failed to address its ballistic missile program and proxy warfare in the region. As a result, Iran began ignoring the previously agreed-upon limitations on its nuclear program.

In early 2020, the Iranian government announced that its nuclear program would no longer be subject to any restrictions. Iran began to use improved technology and reached small quantities of 60% enriched uranium for the first time, a percentage below the 90% needed for weapons-grade uranium — but still far exceeding the agreed limit of 3.67%.

The Nuclear Suppliers Group (NSG), a group of 48 member states committed to overseeing the transporting of civilian nuclear technology, regulates the export of centrifuge parts and designs, so it is typically extremely difficult for developing nations to acquire the parts they need to process and enrich uranium. Leading nations are refusing to supply more technology than what is required to construct nuclear reactors. Ultimately, Iran must use illegal means — such as sourcing supplies through the AQ Khan black market — to obtain the parts and designs needed to build nuclear weapons.

The process of building a nuclear bomb can be long, complex and difficult. Iran has chosen an isotope (uranium-235), mined for uranium, acquired centrifuges, begun processing and enriching its uranium supply, built up a significant stockpile of enriched uranium and is now experimenting with bomb designs. This leaves the remaining steps: manufacturing, developing a delivery system and testing.

The primary factors that could stall or drive these last three steps are continued attacks from Israel, continued implementation of economic sanctions and the Iranian and U.S. governments’ ongoing negotiations. Israel has a history of directly impeding Iran’s nuclear progress. These incidents include the accused assassination of Mohsen Fakhrizadeh using a drone strike and the explosion that caused a massive power outage at Iran’s nuclear enrichment site Natanz.

Economic sanctions will likely continue to help impede Iran’s nuclear progress and continue to generate motivational anger towards the US and the West. Additionally, the recently elected Iranian president, Ebrahim Raisi, is a conservative, pro-nuclear hardliner. This could lead to further breakdowns in U.S.-Iran relations.

Experts disagree on exactly how long it would take for Iran to acquire its own nuclear weapons, but there is a consensus that it could happen relatively quickly. While some say it would take at least three years, others argue they could be ready in moments.

According to a Feb. 2021 report by the International Atomic Energy Agency, since the United States withdrew from the JCPOA in 2018, Iran has “accrued a low-enriched uranium stockpile of 2,968 kg, more than 14 times the permitted amount.” If the entire stockpile were enriched to 90%, Iran could have enough weapons-grade uranium to produce three nuclear weapons.

From a global perspective, Iran acquiring a nuclear weapon could have severe and threatening implications for national security around the world. The two biggest threats would be a regional arms race and the potential for a terrorist organization to gain access to Iranian nuclear weapons.

Iran’s neighbors, including Saudi Arabia, Egypt, Turkey, and the United Arab Emirates, would react to the country acquiring nuclear weapons, potentially considering nuclear proliferation themselves or improving relations with Israel. They may rely on Israel for regional stability, as this nation is the only current nuclear power in the region.

Despite the ongoing negotiations in Vienna, Iranian President Raisi is reluctant to renew the JCPOA. Economic sanctions would likely impede Iran’s nuclear progress and continue to generate motivational anger towards the West.

The current talks between the United States and Russia also threaten the future of a new Iran nuclear deal. As a member of the P5+1 involved in the JCPOA, Russia is demanding a guarantee from the United States that any sanctions over the Ukraine conflict will not interfere with their trade relations with Iran.

The United States is unlikely to adhere to Russia’s demands, as it threatens the security of the international community. However, this only further drags out the negotiation processes. Ultimately, Iran achieving this nuclear potential and acquiring an atomic weapon would change the global balance of power.

Tori Ely is a senior majoring in International Relations and Spanish. With a particular interest in defense and security, her research and writing focuses on nuclear proliferation efforts. Outside of class she spends her time advocating for sustainability and works with organizations to utilize renewable energy sources. Upon completing her undergrad in the spring, she will be staying at USC to complete a masters in Public Diplomacy. She aspires to work for the United Nations postgrad.