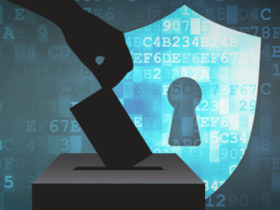 Big Data and AI: Why We No Longer Have Free or Fair Elections

On Sept. 23, 2022, the United Nations Human Rights Committee ruled that the Australian government failed to protect the Indigenous Torres Strait Islanders from the severe impacts of climate change.

The Torres Strait Islands are located between northwestern continental Australia and Papua New Guinea. According to the Committee, these Islands are inhabited by some of the “most vulnerable populations” to climate change and have already felt the brunt of climate-change damage.

The island has been battered by rising sea levels, flooding, high temperatures, ocean acidification, the loss of shoreline from coastal erosion, coral bleaching and the extinction of species that hold cultural importance to native communities.

The initial complaint against Australia was filed three years ago by eight Torres Strait Islanders and their children. They claimed that the changes in weather patterns caused by climate change had direct, harmful consequences on their livelihood, culture and traditional way of life. The islanders’ case claimed that the Australian government had failed to take mitigation and adaptation measures against climate change’s impacts and had therefore failed to protect their human rights.

One particularly damaging consequence, both environmentally and culturally, is Australia’s increasingly intense storm surges, which result from rising sea levels and increase coastal flood risks. Climate change can worsen storm surges by intensifying their size with stronger winds that push waves further onshore. Islanders say these storm surges have destroyed family graves, scattering human remains. For Islanders’ culture, visiting graves is a vital aspect of their values, and they believe that certain rites of passage can only occur on their ancestral lands.

Consequently, Australia began to take some measures to protect the Torres Strait Islanders, including monitoring heat and tide levels and beginning to construct a sea wall. Despite these actions, the UN Human Rights Committee ruled that the Australian government did violate islanders’ rights by failing to implement adaptive mitigation to ensure the island’s ability to maintain its traditional way of life and pass on its culture to future generations.

This decision in September ruled that Australia violated the International Covenant on Civil and Political Rights (ICCPR), a UN doctrine created to protect international human rights violations. In 1991, alongside 173 other countries, Australia ratified the Human Rights Committee’s authority to oversee the implementation of the ICCPR. The Committee found that Australia’s failure to protect Indigenous islanders against adverse climate change impacts violated their rights to enjoy culture free from arbitrary interference with their private life, family and home.

The Committee valued the Islanders’ spiritual connection with the traditional lands and recognized that indigenous culture relied on the health of the surrounding ecosystem.

For example, the changes in climate, which increased rainfall and storms, have degraded the land and trees, severely reducing the amount of food available from traditional fishing and farming. On Masig Island, an island in the Torres Strait Region, rising sea levels allowed saltwater to seep into the soil, infecting coconut trees and killing off the fruit. Coconut fruit and water are both parts of the Islanders’ traditional diet.

The Indigenous islanders requested that the State provide full reparation for the climate-induced inflictions, which would include substantial compensation and measures of protection from future violations. The Committee judged that Australia owed the Torres Strait Islanders adequate compensation for the climate-related harm. Australia was also told to consult with the impacted communities and learn what actions would ensure that the inhabitants would be safe on their lands. From the ruling date, Sept. 23, Australia has 180 days to report to the UN Committee on how they plan to carry out future mitigating action.

Although the committee ruled that the Torres Strait Islanders deserved some compensation, the claim that the Islanders’ right to life with dignity was violated under the ICCPR was rejected. The claim argued that the land would become uninhabitable within 10 to 15 years, but since the Australian government has begun taking adaptive actions — like building a 1,022-meter-long wave return wall — the UN believes that intervention will counter the threat to the Islanders’ right to life with dignity.

This case is a pivotal point in the global fight against climate change. It is the first time a judicial body has ruled that a government is financially responsible for climate harm inflicted on human rights. The decision expands a growing body of law that deems climate change a human rights emergency.

The decision now holds governments accountable for protecting their citizens from foreseeable consequences of climate change, according to John Knox, a professor of international law at Wake Forest University and an independent expert on human rights and the environment for the UN “[The UN ruling] shows how human rights can be leveraged to force faster and more effective climate action,” said Knox.

As the 27th Conference of the Parties of the UNFCCC (COP27) begins, the world will be watching as global leaders meet to implement effective ways to tackle the international climate crisis. The ruling in Australia will hold significant precedent for some of the main goals of COP27. One of the most critical topics at the conference will be “loss and damages”, defined as the negative impacts of climate change that are creating global injustices. This theme will create an opportunity for world leaders to take proactive steps in protecting vulnerable populations.

Moving forward, it is expected that the decision in favor of the Torres Strait Islanders will support the claims of similar complaints to the Committee, catalyzing the efforts against climate change and placing the question of state accountability before the International Court of Justice.

Sari Goldberg is a freshman from Chicago, Illinois. She is currently majoring in International Relations and the Global Economy. Sari is very passionate about the climate crisis, human rights advocacy, and economic development. She is interested in writing on these topics as they relate to the Middle East.