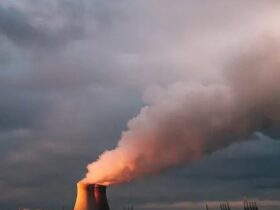 On Sunday, Nov. 6, the United Nations Conference of Parties, (also known as COP27) is set to start in Sharm El-Sheikh, Egypt, a location that may prove either unifying or polarizing. The annual climate change conference, which has led to monumental climate action, including the 1997 Kyoto Protocol and the 2015 Paris Agreement, is set to have a difficult agenda as climate concerns worsen. This year’s conference marks the fifth time a COP has been hosted in Africa, a region that the IPCC says is one of the most vulnerable to climate change in the world.

As the conference host, Egypt has positioned itself as a leader in climate initiatives in Africa. Egypt offers a unique perspective as a host, as Egyptian President Abdel Fatah al-Sisi affirmed that Egypt will use its role as a host to advocate for the interests of Africa and other developing nations. This includes securing funds for developing countries, which are disproportionately impacted by the effects of climate change, despite contributing relatively little to climate change.

Climate action in Egypt has included both mitigation and adaptation efforts, including increasing its wind energy capacity fivefold and building desalination plants and flood-prevention infrastructure to counteract increasing water stress. Nonetheless, the motive behind Egypt’s action has received scrutiny. Greenpeace has been accused by human rights defenders of “greenwashing” the Egyptian government’s image, in a diversionary tactic to distract from Egypt’s poor human rights record. Not only does Egypt, under the government of Egyptian president Abdel Fatah al-Sisi, hold over 60,000 political prisoners, but the government has reportedly silenced independent environmental activists.

In July 2022, a coalition of activists and environmentalists wrote an open letter questioning the ability of Egypt to successfully host COP27 because of Egypt’s subpar human rights record. The letter emphasized that without full human rights to freedom of assembly, association, and expression, rights which are currently being repressed in Egypt, COP27 would not be able to ensure that conference participants could speak and assemble freely. John Sauven, former executive director of Greenpeace UK, was among the signatories of the letter. However, Greenpeace UK declined to sign. Grassroots activists have exclaimed disappointment in Greenpeace’s reluctance to support the letter, as Egyptian human rights defender Sanaa Seif points out that “a lot of us are worried about putting African and Egyptian activists in danger, [and]the big Western organizations have much more room and leverage to speak out and make human rights a priority at COP.”

Further concerns regarding Egypt’s role in the conference are that Egypt’s heavy reliance on fossil fuels and natural gasses which accounted for about 90% of its power generation capacity in 2019, might undermine its leadership of the conference. Egypt is still seeking to increase the country’s natural gas and oil production, arguing that lower-income countries should be able to depend on and develop using fossil fuels until they can afford a shift to clean energy sources.

The COP27 president Sameh Shoukry previously called gas a “transitional source of energy”, which was echoed by the European Commission in February. The International Energy Agency (IEA) has said that to even have a chance of limiting global warming to 1.5 degrees Celsius, “there should be no new gas fields.” Hints of Egypt’s agenda are clear on the COP27 website, in language discussing a “shift towards a low-carbon economy” rather than a zero-carbon economy.

Egypt has already committed to a new gas delivery deal with Israel and the European Union, and experts claim Egypt will only consider setting a net-zero target if it gets more financial assistance. The position, which is shared by other African exporters, indicates that climate finance will take priority in the COP27 agenda.

In fact, Ambassador Mohamed Nasr, the country’s chief climate negotiator, has affirmed his commitment to accountability in climate finance and equitable distribution of aid, citing that in 2009, developed countries promised to provide $100 billion a year in climate finance by 2020 — yet still have fallen short. Developing nations are also advocating for payments for “loss and damage,” for current pressing impacts. This possibility was excluded from the Bonn climate talks in June, due to backlash from wealthier nations fearing an endless compensation timeline. The EU has agreed, however, that discussions of such payments should take place at COP27.

Despite rising geopolitical tensions, energy and food shortages, the continued impacts of climate change and the COVID-19 pandemic, Ambassador Nasr remains hopeful that COP27 will create an opportunity to recognize “mutual interest in tackling this climate crisis together” and set “multilateral action back on track.”

Jasmijn Teunissen is an International Relations and the Political Economy major at USC. She is originally from the Netherlands but she grew up in New York City. As a writer for Glimpse from the Globe, Jasmijn is particularly interested in the role of intergovernmental actors such as the United Nations in maintaining global security and climate initiatives. In her free time, she likes to spend time with friends, read, bake, and play tennis.