Trending:
You are at:Home»Regions»Europe»What “No” Means for Italy
By Edoardo Del Vecchio on December 5, 2016 Europe, Op-Ed, Politics and Governance 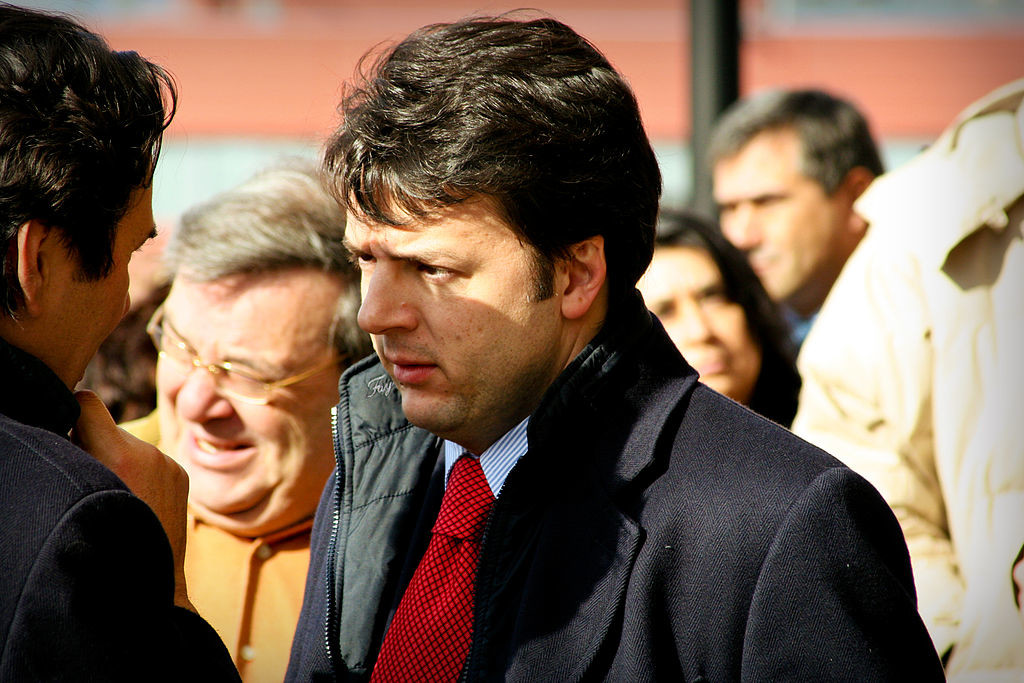 Renzi staked his political career on the referendum. His defeat is a win for populist and anti-immigration forces in Italy (Wikimedia Commons).

At present, the lower and the upper chambers of Parliament have identical powers. No bill becomes law until they can agree on a common text. The reform attempted to change the constitution by reducing the powers of the senate and bringing power back to the central government. Senators would be reduced from 315 to 100, and be appointed by regional assemblies instead of being elected. However, the new Senate would retain the power to give advice to the government and legislate along with the lower chamber on constitutional reforms and laws, laws proposed by popular referendums, electoral laws, national and regional institutions’ administrative and functional reforms, and the EU’s norms, directives adaptation and ratification. Finally, in order to ensure five-year term government, the constitutional reform was paired with an electoral law that would award a 15% bonus of lower house seats to the party with the 40% of the votes (foreseeing the possibility of a second ballot in the case no parties reach the absolute majority).

Now, everyone wanted these reforms, and indeed, people who cast a different vote are likely to agree on the fundamental principles of the proposed changes; those who voted ‘No’ (the populist FSM, the anti-immigration North League and the great majority of the Italian academic community) were concerned with the interpretability of the reform, the role of senators, its actual effectiveness and the risk of an authoritarian drift.

Political Consequences of “No”

Most experts agree that the political consequence of a ‘No’ vote will not be disastrous in the short term. Renzi has resigned, and a transitional political government will likely be formed by the President of the Republic to reform the electoral law and approve the yearly budget. The new law is likely to become a proportional one: Parliament seats would be assigned proportionally to the votes received by each party. The many significant political forces in Italy are concerned about the approval of a majoritarian bill, in which case they would lose a significant portion of their seats in Parliament.

Then, new elections will be announced. In the worst case scenario, the FSM gets the relative majority of the votes and successfully forms a government; however, with a proportional vote, FSM cannot obtain the absolute majority of the seats in both the lower and the upper house of the Parliament in the current multipolar Italian political environment. In such a situation, experts predict that other political forces will unite to send the newcomer home.

There are important economic consequences to be taken into consideration as well: on our fragile banking system recapitalization, on our bond yields, and on currency speculations.

Studies find that the ratio of nonperforming loans (NPLs) over customer loans amounts to 16.3% (around 200 billion of euros), significantly higher than other European countries, which ranges from 1% in Sweden to 7.1% in Spain. Problematic loans are even more, amounting to 360 billions of euros, a fifth of the Italian GDP. Sarah Gordon, a journalist from the Financial Times, emphasizes how the contingent crisis is actually the symptom of a much deeper crisis: a persistent lack of economic growth. In particular: “After the 2008 financial crisis, thousands of small and medium-sized companies have gone under, taking with them the bank loans on which they depended, as well as demand for lending. The banks’ challenges do not just affect Italy’s economic prospects; they have the potential to derail its political future.”

Italian banks are trying to liquidate the portfolio of their NPLs for extremely discounted prices varying from 18% to 33% of the original book value. After liquidation, the banks will need to go through recapitalization and become reliant on foreign investors.

Banks that have been hit particularly hard by the NPLs crisis, forcing them to go through recapitalization include small banks such as Popolare di Vicenza, Veneto Banca, Carige, Banca Etruria, CariChieti, Banca Marche and CariFerrara and the third largest and oldest bank in Italy, Monte de Paschi di Siena (MPS). However, among all these banks, MPS is the most notable for its potential risks due to its large size and the date of its recapitalization, the day immediately after the Referendum.

MPS has a portfolio of NPLs amounting to 27.7 billion of Euros. With the help of Pier Carlo Padoan, the formidable Italian Minister of Finance, and GACS, a public guarantees scheme created to facilitate the liquidation of NPLs, MPS has successfully approved a plan to get rid of the entire portfolio for an amount equal to the 33% of the original book value. In order to compensate for the loss, MPS has approved a recapitalization plan for 5 billion of Euros, but it fears that with the ‘No’ vote win, the consequences of the banking crisis will be left to the incapable hands of FSM and investors will not buy into the recapitalization plan. Davide Serra, Algebris hedge fund founder, and Moody’s have both voiced their concerns about how a ‘No’ vote would break the investors’ trust in Italy’s economy and make recapitalization harder for the aforementioned banks. Given a ‘No’ vote, even Goldman Sachs has predicted that the bank will fail, causing a systematical crisis similar to the one caused by the Lehman Brothers in 2008. However, I personally believe hypothesizing such an absurd crisis scenario is unnecessarily alarmist.

As a matter of fact, Milano Finanza reported that JP Morgan (JPM) and Mediobanca, the two banks that lead the sale of the MPS NPL portfolio, declared that they will only disclose their involvement in the recapitalization plan after the referendum. Furthermore, as early as 2013, JP Morgan called for a reform of Southern European countries’ constitution and JPM may not even participate in the recapitalization if the new political conditions do not satisfy its standards of stability. The other investors may or may not be influenced by the vote and JPM’s position, because there is not a direct link between the vote and the future of the bank. Although the bail-out is to be excluded since the Banking Union in Europe has outlawed it, the bail-in is not an immediate consequence. Instead, it would be considered after every attempt of market recapitalization followed by the forced conversion of bonds in stocks and, possibly, the resurrection of a market solution like the publicly guaranteed private equity fund Atlante, which first served in the liquidation of MPS NPLs.

In regards to the bond yields, higher political instability will make investors sell, lowering bond prices and increasing its yields. The primary fear is that the financial speculations will amplify the trend. The Italian sovereign debt amounts to over 2’200 billions of euros and, as reported by Milano Finanza, is increasingly managed by hedge funds, renown to have a speculative approach on the bonds. Higher yield means higher interest paid by the government on newly issued bonds, negatively impacting the public debt.

Fortunately, the European Central Bank (ECB) has already started to buy Italian bonds and seems to be willing to offer a shield in case speculations actually occur. On the other hand, the ECB evaluates countries’ bonds based on the highest rating they receive from any of the most important rating agencies. For example, ECB accepts the rating from DBRS, a less renown Canadian rating agency, because it gives Italy the highest quality rating, allowing Italy’s interest on bonds to be lower. Yet, DBRS has declared that Italy’s rating is likely to fall if the ‘No’ vote passes, seriously impacting the cost of capital for the country and ECB’s ability to shield its bonds from speculation.

In actuality, Italian bonds have largely underperformed as expectations for the referendum grow higher. Italian 10-year government bond yields are currently at their highest since early 2012, 0.5% more than their Spanish counterparts and 1.8% more than German’s. In the selloff since the U.S. election, Spanish yields have ticked up, but at a slower pace than Italy’s. Italy’s brand new 50-year bond is another indicator of the growing uncertainty about the future of Italy; the debt security has dropped in price by more than 12% in the last month because investors don’t believe in the long term ability of Italy to repay its bonds. Most investors expect a further selloff of bonds and a knock-on effect on stocks if the referendum is defeated.

The effect of a high political uncertainty could hit the Euro too. The currency has consistently dropped in the last ten sessions, and analysts do not exclude the possibility of speculation after the referendum. As Stephen Gallo, strategist at BMO capital markets, says: “We like selling the euro on rallies because the U.S. and U.K. both had their protest votes already. The Eurozone countries largely have not.”

As much as the referendum is divisive, both sides believed they were voting in Italy’s best interest. ‘Yes’ voters believed that the current constitution, set up in 1948 after Italy had been through Mussolini, was antiquate and dysfunctional. Indeed, in the last 70 years Italy has had more than 60 governments and only one in the entire country’s history has been able to complete its mandate. Critics contend that this instability in the government alone has prevented Italy from keeping up with the changes in our rapidly globalizing world today. The referendum would have given Renzi’s Democratic Party the power to pass laws without compromising with other parties.

For the ‘No’ voters, the electoral law raised concerns about representation of the electoral public and the risk of an authoritarian drift. The majoritarian bonus would have made it nearly impossible to remove a sitting prime minister from his five-year term and forced his own deputies to be dependent on him for re-election. This, coupled with the referendum, would have allowed the government to be in full control of the legislative process, which could be dangerous especially with the increasing possibility of a FSM government.

The constitutional referendum itself is not inherently bad, but when combined with the electoral reform, it could have allowed less than a fifth of the Italian population to make decisions for the whole country. Hungary is the only other country in Europe that has a similar electoral law to the one Italy currently has, and Hungary has a fascist regime. Reforming the electoral law, however, could corrupt and even contradict the foundation of a new ultra-majoritarian system as proposed by Renzi. This is the tough question Italy could have perfectly avoided. Italians have been completely stuck on a constitutional reform that only partially simplifies the legislative process and cuts layers of bureaucracy for three months; the same results could have been achieved in a simpler way. Governments are transient. Constitutional reforms are destined to endure time. In the context of Italy’s current political and economic fragility, a ‘No’ win should not forbid us from looking ahead to what a healthy democracy should ideally look like. As the Economist said, Italy should not be blackmailed.