Trending:
You are at:Home»Topics»Defense and Security»Shrimp Among Whales: South Korea’s Balance Between Great Powers
By Kenneth Lee on September 12, 2016 Defense and Security, East Asia and the Pacific, Op-Ed, Politics and Governance

Caught in the fray of great power politics (Author’s own image).

In describing the history of Korea’s foreign relations, there is an appropriate phrase: “Between a fight of whales, the shrimp is crushed.” While the Korean peninsula’s relative geographic isolation has protected its peoples’ ancient, independent streak, every few centuries the region gets tossed into the tumult of great power politics, leading to conflict and devastation. In the 16th century, Japan’s quest to topple Ming China as a regional hegemon led to the Imjin War, which was fought entirely on the peninsula. The 17th century saw the Manchus rise to challenge the Ming leading to a war involving Korea, a Ming ally. The 19th century saw the Sino-Japanese war, which saw Qing and Japanese forces clash in Seoul and Pyongyang. In the early 20th century, the Russo-Japanese war was a battle over who will have a sphere of influence in Korea (the Japanese won). After the end of World War II and liberation of Korea, Cold War politics between the Soviet Union and the US led to the division of Korea and the subsequent Korean War, leaving many scars still remembered on both sides of the 38th parallel.

In the 21st century, South Korea is now caught between a rising China and its longtime ally, the United States. In the 1950s, the Chinese and the US fought to a standstill in the Korean War leading to decades of frosty relations between China and the South Korean-American alliance. But since normalizing relations with China in 1992, South Korea has developed closer relations with the Middle Country, so much so that China is now South Korea’s largest trading partner. Millions of tourists travel between the two East Asian countries annually, which helps foster a relationship already deepened by strong cultural and historical ties.

And South Korea and America’s relationship has evolved as well, moving beyond military affairs towards a strong economic relationship. The United States has based troops in the country since the establishment of the state. It provided the military and economic aid that helped South Korea become the 9th largest economy in the world. The United States is South Korea’s second largest trading partner, with two-way trade value reaching $60 billion. However, with growing tensions between a rising China and the United States, there are risks that South Korea can be caught in the cross fire once again. Such concerns began to manifest in the summer of 2015 as South Korea debated joining the Asian Infrastructure Bank, a Chinese creation, thoroughly opposed by the US (the ROK eventually did join). This summer, the China-or-the-US dilemma escalated because of the decision to place the US Terminal High Altitude Area Defense (THAAD) system in South Korea, further challenging South Korea to balance its relations with both countries. 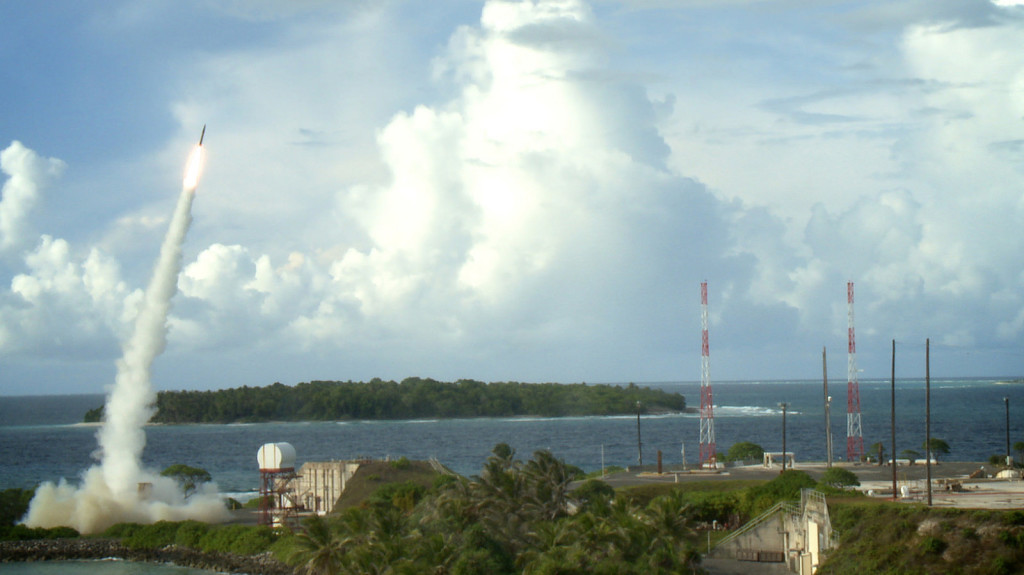 THAAD is an anti-ballistic missile system that has the capability to shoot down short to intermediate range missiles. It is not an offensive system, as the missiles have no warhead and rely on the kinetic energy of the projectile to destroy the oncoming missile. Consisting of six truck-mounted launchers, 49 interceptors, a fire control and communications unit, and an AN/TPY-2 radar, this system is designed to deter any potential missile attack from the North. South Korea already has the US patriot missile system that can intercept artillery missiles, meaning that the addition of THAAD should be able to stop the entire array of potential aerial projectiles, excluding conventional artillery and mortar shells. This is strategically critical given the fact that the North Koreans are rapidly developing stronger nuclear weapons as well as the requisite missile delivery systems that can hit the ROK, Japan and even parts of the US’s West Coast.

South Korea has debated deploying THAAD since 2014, and China has asserted its strong opposition to the system from the very beginning. This is not too surprising and easily mirrors the Russian response toward US anti-ballistic missile systems being placed in Eastern Europe. Any time new weapons systems are placed on the front line, there is room for misunderstanding and suspicion. To the Chinese, South Korea is part of the US’s “first island chain,” stretching from the peninsula to Taiwan and the Philippines, an arrangement they see as an effort to contain China. But beyond superficial suspicion, the Chinese also have a genuine concern that THADD will reduce their nuclear missile deterrence. THAAD cannot directly destroy long distance missiles originating from China, but its radar component offers an extension of the US’s surveillance capability well into the Asian continent. THAAD’s surveillance system has been known to also be able to coordinate with the floating anti-missile and surveillance systems on the Aegis Cruisers, some of which are based in the seas around the Korean peninsula. THAAD can offer a unique early-tracking system of missiles originating from the continent, allowing for early warning for the land-based interceptors that defend the 50 states. In addition, China cannot count out the possibility of a future upgrade or expansion of the THAAD system, which could degrade its nuclear deterrent.

China did not sit idly while South Korea made its decision to deploy THAAD. It has enacted policy to hurt South Korea’s burgeoning entertainment exports to China. South Korean pop-exports is a $5.4 billion industry and China is the main export target. To illustrate the importance of the Chinese market, this past year a single Korean drama got 2.4 billion views in China, generating millions of dollars in revenue. But ever since the deployment of THAAD, Chinese TV stations have blurred or cut out broadcasts of Korean stars like Psy and limited broadcasts of K-pop concerts. As China continues to strengthen, its leverage over the Chinese-South Korean trade relationship will only increase. And much to South Korea’s dismay, the Chinese have clearly indicated that they are willing to use South Korean dependence on the Chinese market in order to advance their political objectives. It is not out of the question that more lucrative South Korean electronics, cars and ships may also be fair game in the future.

The diplomatic and cultural battle over THAAD is a glimpse into the volatile and potentially dangerous fault line that South Korea straddles between China and the US. The decision to deploy THAAD took nearly two years, with Chinese pressure only amplified by significant protests in South Korea over its deployment. It offers a preview into what the next century may hold in store for the South Koreans. The Chinese and the US have opposing interests that will undoubtedly lead to more frequent clashes. Whether South Korea can avoid being crushed will depend on brain over brawn: in order to protect all that it has gained thus far, the prawn needs to outmaneuver the whales and slip through their clash unscathed.