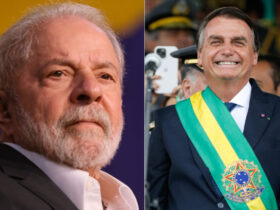 LOS ANGELES — On Aug. 15, the Taliban once again re-entered Kabul. In just a few short days, the Taliban took over the capital, forced the President to flee and established a new regime. The world anxiously waited, fearful for political opponents as well as Afghan women and minorities who suffered the most when the Taliban held power 20 years earlier. However, the Taliban claimed that this time was going to be different — they would focus on constructing a more diverse and inclusive country.

Yet, their actions over the past few weeks contradict this message. The Taliban has not allowed women to go back to work, claiming that they needed to teach their fighters to respect “women” before this can occur. Inclusivity was especially poorly reflected in the Taliban’s all-male political cabinet. Meanwhile, journalists were attacked and detained simply for covering protests and demonstrations happening across the country.

This article, however, will primarily focus on two primary concerns in the region, both of which are causing geopolitical instability.

Recently, the rise of the Islamic State Khorasan Province (ISIS-K) and its connection with the Haqqani Network have been cause for concern — and the implications of this group’s rise on human rights and political freedoms is particularly worrisome. Additionally, this article will explore the role of the Hawala system, the primary funding source of organizations like ISIS-K, in propping up the terror group.

While the Taliban is the most successful of the region’s extremist groups, it is far from the most brutal. Scattered across Afghanistan, many seperatist organizations represent serious threats to stability. The most recently successful is ISIS-K, or the Islamic State Khorosan, which is an affiliate organization of the Islamic State. It was founded in 2014 with fighters who defected from other terrorist organizations like the Taliban and Al Qaeda.

The main issue these defectors took with their previous organization was the blurry or overly broad mission the organizations pursued. While the Taliban solely focuses on controlling Afghanistan, ISIS-K, like its parent organization, wants to impose their beliefs on a much grander scale beyond the country.

While ISIS-K has always been small compared to other groups, it grew to 4,000 fighters by 2019. But, the United States, coupled with Afghan security forces, was able to put a serious dent in the organization, reducing ISIS-K to about half its original size. Yet, ISIS-K has been able to survive due to its willingness to bargain and work strategically with other terrorist groups, many of whom also rely on large regional populations willing to fight for their cause.

In the last two years, the group successfully carried out 77 attacks in four months and has pulled off several major attacks, including a bombing of a high school that killed 90 schoolgirls. And most recently, the bombing of Kabul Airport killed 13 Americans and almost 200 Afghan citizens.

ISIS-K, like other separatist groups in the region, funds itself through control of drug trafficking routes, as well as extortion of the local population. Interestingly, there are significant ties between ISIS-K and the Haqqani Network, which is connected to the Taliban. The Haqqani Network not only provides security for the Taliban, but is also headed by Sirajuddin Haqqani, who is the current Afghan Minister of the Interior and one of two deputies to the Taliban’s supreme commander, Mawlawi Hibatullah. ISIS-K and the Haqqani Network collaborate in the lucrative drug trade along the Pakistan borders.

The cooperation occurs as such: ISIS-K recruits the fighters, they then receive training in Pakistan from various local extremist groups and go over targets they’d like to attack, the Haqqani Network provides coordination and logistical planning to make sure the attacks actually happen, and then once that’s all sorted, ISIS-K carries out the plan and takes responsibility.

This strategy has been carried out numerous times in recent years, including an attack on a maternity ward in 2020 and the aforementioned bombing on the all-girls school. It is also important to note that ISIS-K and the Taliban are more similar than they are different. Both of these attacks were targeting the Hazara people, an ethnic minority within Afghanistan. The Taliban have a similar history of targeting these people, showcasing a mutual hatred of select ethnoreligious groups within the country.

But how do organizations like ISIS-K and the Taliban fund themselves? The answer lies in the same strategy that the Taliban have used for decades — one that forms much of Afghanistan’s economy: the Hawala system.

Ahmad Shah Mobariz, a PhD candidate at the University of Arkansas who has done extensive research and work in understanding the challenges of the Afghan economy, spoke with Glimpse from the Globe about the Hawala economy. Mobariz spoke about the Hawala System, an informal money transfer system that has increasingly come under the spotlight due to bank closures and frozen assets.

The Hawala system works through a complex network formed by a sender, Pakistan, and Afghanistan. According to Mehrabi, informal channels are established that involve three countries: “the sender, Pakistan, and Afghanistan.” The sender first gives money to the transfer agent in the sender’s country, who then sends it to Pakistan. The partner in Pakistan then places an order to a partner in Afghanistan, to convert the dollar into the local currency for the receiver in Afghanistan.

But what if someone within Afghanistan were to want to make an international transaction? According to Mobariz the answer, once again, is Pakistan. Afghani currency has no value outside country lines, so there has to be a substitute.

The Pakistani medium replaces both the dollar as well as the Afghani, demonstrating Afghanistan’s reliance on Pakistan.

The Hawala system is a crucial mechanism for fundraising various terrorist organizations. After the United States and Afghan joint forces forced them out of previously controlled mountainous regions, ISIS-K lost access to the talcum mines, which were a major revenue stream source for them. Now, they largely receive funds from four main sources: ISIS, local donations, taxation and extortion.

ISIS-K can also glean and store money in different Hawala networks. According to the Treasury Department, ISIS-K forms relationships with specific Haduwalars who store thousands of dollars for them in and around Kabul and Jalalabad. Through this, ISIS-K can pay their fighters and provide basic necessities, all to maintain power and influence.

While secretive and underground, much of ISIS-K’s wealth lies in the hands of few individuals. If the Taliban were to even remotely supervise and attempt to regulate Hawalas, ISIS-K would have no place to store or exchange their money. Furthermore, the Taliban may even be incentivized to do this, as sharing financial intelligence with international organizations could buy them goodwill in the community and reduce the chance of intervention.

So why does the Taliban choose to not crackdown on the ISIS-K Hawadulars and cement firm control of Afghanistan?

First, regulating the Hawalas and reporting financial information to international organizations could be detrimental to the Taliban’s own revenue streams, particularly in rural strongholds. Regulation would likely require the Taliban to build a legitimate economy, which given the Taliban’s history and their current administration is unlikely.

ISIS-K’s existence within Afghanistan could potentially benefit Taliban aims. Top individuals in the United States defense sector have already expressed willingness to work with the Taliban in combating ISIS-K. Taliban leverage would continually increase as ISIS-K grows in strength and begins to pick targets outside of Western Nations. Furthemore, as long as ISIS-K remains a threat, pressure on the Taliban will likely remain diminished, which may allow them to operate under less strain and lower the chances of international intervention.

Moreover, according to Mobariz, there are already existing factions within the Taliban between the old regime and the new-age Haqqani Network. Continued attacks from either side could split the Taliban and its security network, leading to a civil war that would be bloody regardless of the prevailing party.

Will ISIS-K be allowed to co-exist with the Taliban in Afghanistan? The answer is tough to discern and will depend on a multitude of factors, but only time will tell.

But while the international community watches the Taliban and ISIS-K slug it out for control from afar, Afghan citizens are caught in the crossfire.

“They will be fine, but it’s the people that will suffer,” said Dr. Shah, a professor at Montgomery College and a member of the supreme council of the Central Bank of Afghanistan.

For decades, Afghan citizens have suffered at the hands of the Taliban, at the hands of incompetent “democratic” administrations and lived at the mercy of the U.S. government. While the United States managed to evacuate its own citizens, the people of Afghanistan are forced to manage the hardship and conflict in their country.