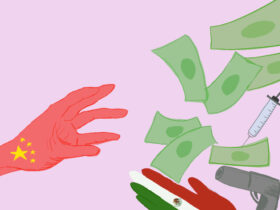 Although many Republicans, still recovering from their losses in the 2008 Election, seized the advice as evidence of the Obama Administration’s secret intention of transforming the United States into an Orwellian nightmare, the quote itself is not unprecedented. Winston Churchill said something similar, and strategists across the ages have noted that when the status quo falls into chaos, the winners are those who seize what they can. Looking back on American history, it seems that the greatest Presidents used great conflagrations to their advantage, and the weakest Presidents bungled them. Abraham Lincoln and Franklin Roosevelt come to mind. Their presidencies coincided with the two deadliest threats in the country’s history: the Civil War in Lincoln’s case, and the Second World War in Roosevelt’s.

Conversely, the presidents directly before these legends have been remembered as failures. James Buchanan is remembered as the man who thought he would be the last President of the United States and failed to subdue the domestic unrest which ultimately culminated in the Civil War. Calvin Coolidge and Herbert Hoover are remembered for their isolationism in the time of the rise of Fascism, and their inaction when faced with the onset of the Great Depression.

But a Commander-in-Chief need not wait for apocalyptic upheavals to get a chance to prove his leadership. The nature of politics is such that the state is beset by constant crisis, with challenges approaching at all times and from every direction, including from within.

Most people would be hard-pressed to recount the foreign policy of Dwight Eisenhower. Yet the Sputnik controversy, the Korean Armistice, the Suez Crisis, and the U2 Incident all occurred on his watch, and Ike is generally remembered as one of the best – if not the least interesting – Presidents of the Twentieth Century. Perhaps Kennedy best exhibited good crisis management: following the failure of the Bay of Pigs Invasion, he deftly managed the Cuban Missile Crisis and is still one of the most popular Presidents in our history. Truman, Nixon, and Reagan assembled some of the best foreign policy staffs in American history, and are thus remembered for strong foreign policies.

Carter, on the other hand, is remembered as a better person than President precisely because of his crisis management – he bungled the Iranian Hostage Crisis, which was not necessarily a matter which threatened our territorial security the way previous crises had, but nonetheless posed a threat to our overseas interests and national prestige. Lyndon Johnson, another great man, dramatically increased America’s presence in Vietnam, yet failed to solve anything, and for that has been reviled among moralists and strategists alike. Perhaps most notorious has been George W. Bush; it is likely that his management of the War on Terror will leave him remembered as a warmonger and a generally incompetent leader.

We come, now, to the question of President Obama. How will he be remembered? If he continues to pursue a foreign policy akin to his first term, he will likely be remembered in the same harsh light covering Johnson, Carter and Bush.

The international system is entering a period of great change. The ongoing financial crisis is its economic manifestation, but the crisis itself goes beyond economics: class, technology, and the role of government all affect and are affected by the current developments. Meanwhile, new bases of power rise around a world which is politically more complex now than it has been since the late 1960s.

New challenges are on the horizon, and those who handle such situations well will go down as great statesmen. History remembers those who fare poorly as politicians. To his credit, President Obama did not emulate his predecessor’s adventurism, and by scaling back the Afghan and Iraqi wars has freed the American military from its former tied-down state. And the Bin Laden raid was, undoubtedly, the high point of his foreign policy.

But almost all of his administration’s major initiatives, from the Reset Button with Russia to the Asian “Pivot” to the New Beginning with the Muslim world, have been either poorly-informed ideas or only partly-successful policies. And the President’s crisis management, it seems, has been no better. As the Arab Spring toppled dictator after dictator, some of whom were American allies, inconclusive and contradictory statements emerged from the White House. The same pattern is visible now as the Syrian war drags on and an American intervention appears to loom closer. And although the President handled the recent North Korean crisis reasonably well, the unwise Libyan intervention has spawned countless unforeseen consequences, while Russia’s recent granting of asylum to Edward Snowden on the grounds of international law appears to be a diplomatic crisis in the making. It is unclear whether the President will handle the unknown crises awaiting him in the last years of his second term as a politician or a statesman.