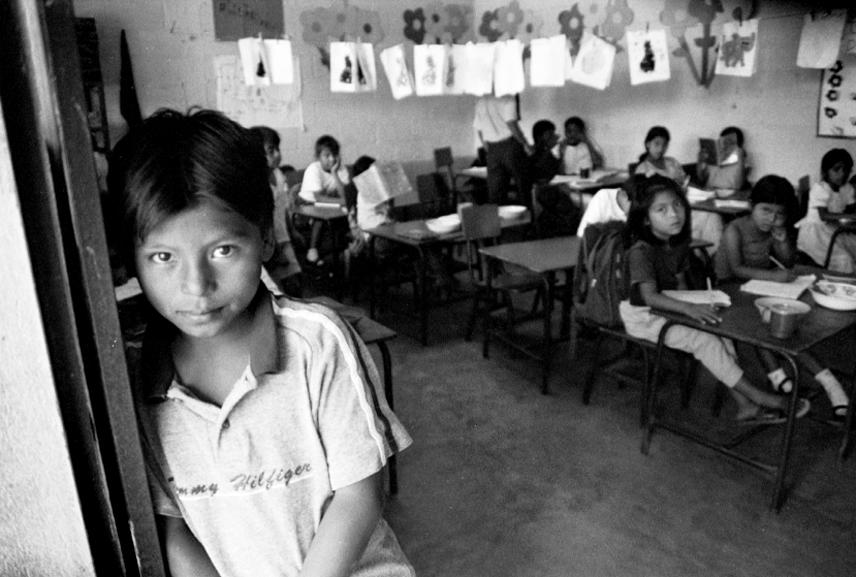 Rethinking “Refugee” in the 21st Century

The UN declared 2014 as the International Year of Small Island Developing States (SIDS) to launch initiatives for collective development, human rights, natural disaster management and environmental sustainability. The declaration also called attention to the dire situation that the SIDS will face in the 21st century. Current levels of global carbon emissions spur the Earth’s rising temperatures, rapidly melting the ice caps, which contribute to the rising sea levels that threaten the survival of these island states.

Five years ago, ABC News correspondent Bill Blakemore identified three types of countries based on their responses to climate change: (1) those that are rich enough to mitigate the immediate consequences of high temperatures and more frequent natural disasters, such as the US, Canada, Australia and most of Europe; (2) those that do not have sufficient resources and would suffer greatly from turbulent weather and declining agricultural production, such as the Middle East, Sub-Saharan Africa and India; and (3) those that would disappear entirely due to rising sea levels, including Micronesia, Fiji and 37 other island states around the world.

The island states of this third tier are already experiencing the detrimental effects of sea level rise. Not only are their shores rapidly eroding, but high tides are also inundating agricultural fields with saltwater, spoiling crops that the population depends on for food and income. Land-based pollution from tainted ocean water is endangering inhabitants and irreparably damaging ecosystems. At some point, these islands will become uninhabitable, forcing millions of people to emigrate. This devastating future may be an impending reality for those closest to sea level. For instance, a one-meter rise in the sea level, which is the lower bound of scientists’ predictions for 2100, would render Micronesia uninhabitable.

In 2013, the Intergovernmental Panel on Climate Change (IPCC) forecasted an increase of between 0.5 and one meter of sea level rise by 2100. This prediction was conditional on every state significantly reducing their carbon emissions in order to reach neutrality; without major improvements, the oceans will rise 0.7 to 1.2 meters by the end of the 21st century, and between 2 to 3 meters by 2300. Earlier this year, new research concluded that 20th century sea levels did not actually rise as much as expected; the height of the ocean was two centimeters shy of the 15 centimeters predicted by the UN subcommittee. Despite this good news, the research also confirmed the acceleration of rising tides; vast ice blocks from Greenland and Antarctica are melting at terrifying rates. Perhaps most sobering of all, however, is the reality that the carbon emissions already in the atmosphere have locked in these rising temperatures, which will continue to rise until the effects of climate change are not just neutralized, but indeed reversed.

The responsibility for environmental stewardship is shared by all states that contribute to climate change, particularly industrializing economies such as India and China. The ramifications of forsaking this duty would be calamitous for all, but especially coastal states. Bangladesh, for example, accounts for only 0.3% of the world’s carbon emissions and, though not an island state, would be the first state to become inhabitable due to flooding.

At the end of the 21st century, as many as 200 million people could be displaced as a result of rising sea levels and coastal flooding, according to a September 2014 Climate Central report. This danger extends throughout low-lying Asian countries, with the top five at-risk countries after China being Vietnam, Japan, India, Bangladesh and Indonesia, in terms of the number of potential climate refugees. Where will all of these people go? There is much talk of biodiversity loss from plant and animal species, but what about the extinction of entire states and their societies?

The potentially catastrophic futures of the SIDS must be a wake up call to those leaders who oppose sustainable development. The urgency of this commitment cannot be understated. Remaining below a two degrees Celsius increase would limit sea level rise to just over one meter, preserving most states. In order to slow environmental decay and save the SIDS, every year forward must include radical sustainable development, or watch civilizations sink beneath the oceans.

Erin Wong is a sophomore Urban Studies major at Barnard College. Her research interests include environmental resilience and international development, particularly with regards to using renewable energy as a solution to poverty. In her hometown of Seattle, she interned at the non-profit Climate Solutions and worked directly with Northwest city governments to adapt accelerated Climate Action Plans. This past summer, she worked as an environmental journalist for the City Atlas Project in New York City, publishing six research pieces discussing the potential of a global transition to clean energy, as well as the importance of balancing individual and corporate responsibility with policy change. She has also worked at the District Office of Congresswoman Karen Bass and the Refugee Women’s Alliance.