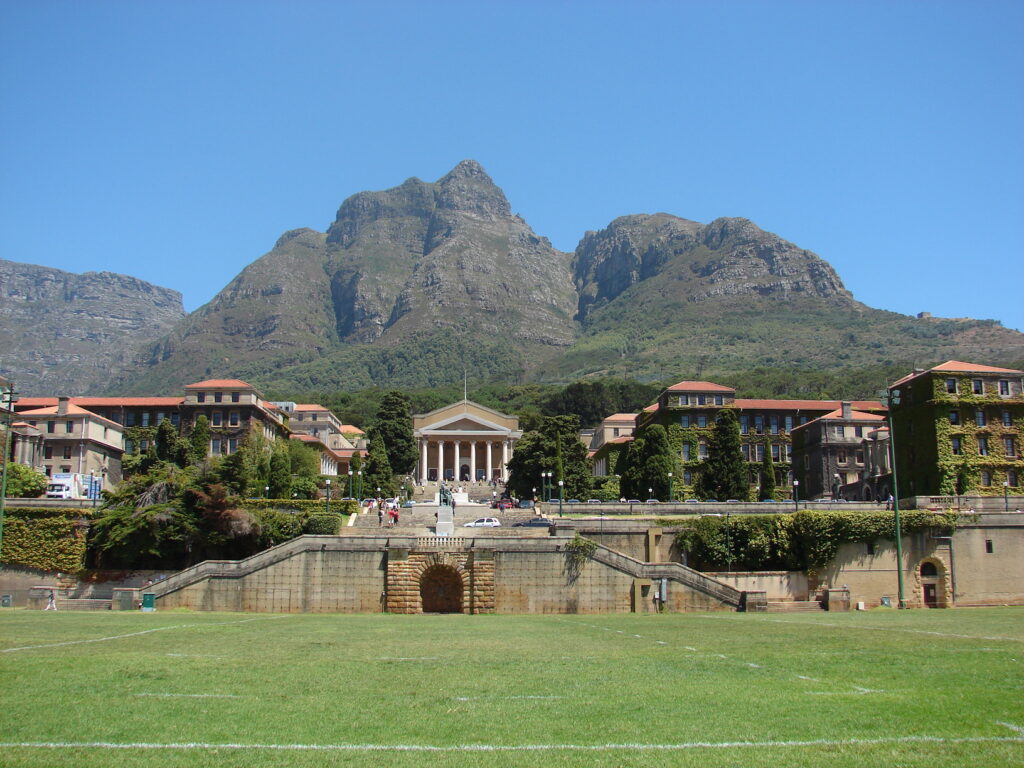 What “Rhodes Must Fall” Tells Us About Decolonization

If a democracy topples somewhere in the world, but no one is around to witness it, did it really fall? Time after time, this has been the Obama administration’s style: to pick-and-choose its battles while turning a blind eye towards others. The current focus has remained the Ukraine-Russia crisis over 5,000 miles away, and is only becoming more intense. First came the battle of sanctions between Presidents Obama and Putin, and then the Malaysian Airlines crash added to the White House’s already full plate. But what about the turmoil consuming next-door neighbor Venezuela? Though Venezuela further spirals into destruction, Obama continues to ignore the grave issue just south of our borders.

Protests, which took root in early February, have escalated into widespread violence between disgruntled citizens and government officials and only seem to be growing more intense. The anger stems from a multitude of problems left unresolved by the late President Hugo Chávez and his Bolivian Socialist Revolution. Although, former vice president and Nicolas Maduro, who assumed leadership following Chávez’s death, hasn’t been able to match the charisma or effectiveness of Chávez. Fed up with a skyrocketing national crime rate, a shortage of basic goods, mediocre infrastructure, healthcare and educational institutions, and a toppling economy, protestors – mostly students – have flooded the streets.

What has Maduro done to quell disorder? Rather than address these serious problems plaguing his country, he has responded to demonstrations with violent crackdowns on basic political freedoms, especially freedom of speech through intense media censorship and demonstration suppression. Further, he has spewed fallacious and unfounded statements pinning the “fascist” United States as the scapegoat for the country’s hardships. Unfortunately, the violence may aid the resurrection of a dictatorial Venezuela from the collapse of an only-recently democratized nation.

The question posed by many Americans in response to international crises is as follows: why should we care about dilemmas brewing outside of our borders? In the case of Venezuela, there are imminent and severe repercussions that could affect the United States as well as the global economy if the violence is not contained and the country slips into totalitarianism.

First, there are economic ramifications. Absent of China’s case of intense economic growth under an authoritarian regime, democracies tend to promote long-term economic prosperity. Although history offers cases of several prosperous non-democratic regimes, these countries accrued wealth only in the short-term. The GNP of the Soviet Union, for instance, eclipsed that of the US for an extended period of time. However, the USSR could not sustain its rapid economic growth, and on the heels of the collapse of its economy came the collapse of the regime. An optimal environment for economic development arises amidst guaranteed freedoms, not government oppression. It is this liberalization, which authoritarian regimes lack, that encourages long-term economic development.

The prevailing reason why Venezuela must maintain this type of economic environment is the influence of the country’s massive oil industry. Venezuela has not only been a long-time energy exporter to the United States, but also provides substantial amounts of oil to Latin American and Asian countries. Of significance is that Venezuela’s influx of hard currency comes from exports to the United States, not China. China accepts roughly 640,000 barrels per day from Venezuela as repayment for loans exceeding $40 billion that have been accumulating since 2008. This has lead Venezuela to marginally reduce its exports to the United States as compensation. Coupled with crippling infrastructure, as the oil industry continues to collapse, so will Venezuela. Given that the current protests are largely focused on the economic failures plaguing the nation, the disorder will only become exacerbated as the oil market, constituting 95% of national revenue, crumbles.

While the US may not be drastically affected by a plunge in Venezuelan imports, countries that are wholly dependent on Venezuela for their oil imports certainly will be. For instance, the stability of Cuba hinges on Venezuela’s oil production, as Cuba imports the majority of its oil from its Latin neighbor. If exports to Cuba drop substantially, unrest may very well follow. Potential unrest in Cuba would also be detrimental to delicate US-Cuba relations. The importance of promoting prosperity of the Venezuelan oil market thus transcends the aim of restoring stability to the country; it also directly affects the security of other nations geopolitically significant to the United States. Even though our dependence on Venezuelan oil has diminished, the industry still practically controls the state of many other countries.

The other major focus in promoting stability and democracy in Venezuela is the prospect of peace. Democracies in which citizens enjoy abundant civil liberties are less likely to collapse into chaos, making it crucial that Venezuela does not deteriorate into an authoritarian nation. The overbearing oppression of freedoms in response to the protests will only worsen the situation, and no legitimate steps towards improvement of the nation’s flaws can be taken amidst such a suffocating atmosphere. If the economy of Venezuela is to be salvaged, unrest must first be quelled.

In America’s eyes, it is dangerous to have such turbulence so close to home. The United States and Venezuela have long had tense relations, especially under Chávez, who fabricated a sense of Latin American nationalism under the pretense that the United States posed an ultimate evil to Latin America. And now, with fingers being pointed at the United States by the government amidst the chaos, the anti-American sentiment that had been planted by Chavez only continues to burgeon.

Furthermore, America’s hopes for improved relations remain a distant prospect thanks to irresponsible politics. When the protests had just begun in early February, Maduro expelled three American diplomats from the country, having accused them of orchestrating the whole ordeal by recruiting students to the protest. In a childish response, Washington countered in the same manner, hastily expelling three Venezuelan diplomats. This action only fueled criticism of the United States by the Maduro’s administration and in no way contributed to mending relations. The White House should pursue improved relations with Venezuela while pushing for Maduro to restore basic human rights. Instead, it has chosen to continue to jeopardize its already minimal chance of creating an ally out of an already antagonistic nation by partaking in the Venezuelans’ “blame game.”

While unrest continues less than 3,000 miles south of our borders, Obama continues to focus on Asia and the Middle East. At least thirty-nine people have now been killed as a result of protests in Venezuela against the crippling economy, and hundreds more have been injured. If nothing else, with grotesque human rights abuses rising as political freedoms continue to be suppressed and masses of protesters are dragged away in handcuffs for practicing their democratic right to speech, it behooves the United States, as the global bastion of democracy, to maintain that legitimacy and act from a humanitarian standpoint. Congress must take diplomatic initiative and urge Caracas to restore basic political freedoms and peace to the streets of Venezuela. Only after this is done can any real progress be made towards improving the fickle state of the country, beginning with economic restructuring.

But how could the United States actually intervene in the situation without provoking greater violence? A military presence in the country is out of the option given the dark history of US imperialism in Latin America and Venezuela’s well-known disdain for the US fostered under the Chavez presidency. This would only fuel the fire already burning against the US. And, Americans know very well from attempts such as Iraq and Afghanistan that military interventions designed to promote democracy typically end in failure. Another option is to impose an embargo on Venezuela’s oil exports. However, sanctions of this nature would most likely only worsen the economic crisis afflicting the country and contribute to Maduro’s campaign against the United States. The US must be careful as to not take any kind of action that could potentially be used as evidence by Maduro for his baseless claims of Washington attempting to topple his regime.

Considering the less-than-perfect relations shared between the US and Venezuela over the years, the best solution as of now is to apply the pressure indirectly through third-party Latin American countries. Venezuela will certainly be more willing to listen to other Latin American governments on issues than any mandates coming from the “fascist” Obama administration. The question that stands, however, is whether the White House would even be willing to make as much as a small effort to communicate these concerns to other Latin American administrations. Recall when the violence in Syria was first escalating, when Obama drew a humanitarian “red line” which he swiftly recalled after receiving criticism for never following up his rhetoric with action. Based on the Obama administration’s track record, it seems more likely than not that it will continue to discount the grave situation brewing next-door in Venezuela until its full repercussions are felt by the United States, at which point it will be far too late for the White House to take any considerable action.