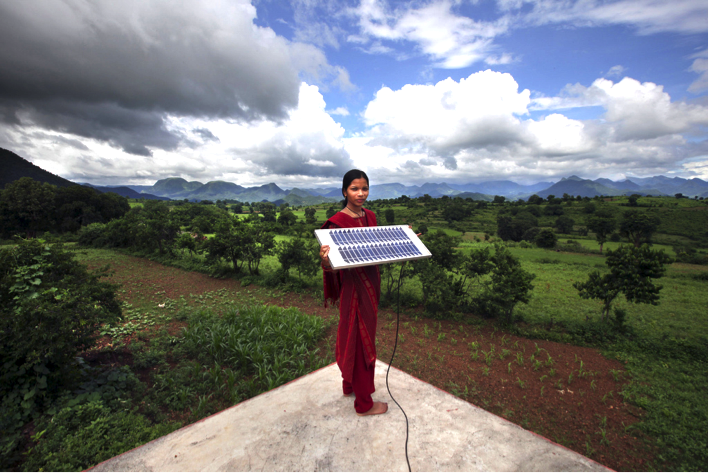 For nearly 4000 years the Great Pyramid of Giza, at 455 ft (139 m) high, held the title of the world’s tallest man-made structure. It lost that claim in 1311, upon the construction of the 520 ft (160 m) Lincoln Cathedral in Lincoln, England. Over the next few hundred years, the title of tallest structure would be passed to six cathedrals, the Washington Monument, the Eiffel Tower, two New York office buildings, and eight television masts before being captured by the Burj Khalifa (Dubai) in 2010. This tower, which now stands at a megatall 2,700 ft (823 m), has come to symbolize a new era of structures—an era where skyscrapers rise to unprecedented heights and dominate urban environments globally.

Since the late 19th century, skyscrapers have been built out of necessity; growing populations and rising real estate values have coerced engineers to build up rather than out. The inception of steel framed buildings allowed for just that as the first skyscrapers formed in agglomeration in US cities like New York and Chicago. In the 21st century, current technological innovations and renewed economic pressures have led to an international surge in skyscraper construction.

So where are these new buildings being built? We should first compare the year 1990 to the present. That year, the world leader in tall buildings was the United States, which had 438 of the world’s 611 skyscrapers. Next was China, with 37 (most of which were located in British-controlled Hong Kong), followed by Canada and Australia, which each had 20, and Japan with 19.

Today, the data is incontrovertibly different. China has taken the lead with 1,111 skyscrapers to the US’s 676. Australia, Canada and Japan have all more than quadrupled their skyscraper output while South Korea and the UAE, which barely made the map in 1990, are now major players. The UAE has 187, including the world’s tallest, while South Korea has erected 175. India, Indonesia and other emerging economies have followed similar, though less dramatic, trends. In the midst of these developments, European countries, which have long avoided heights, are also now constructing skyscrapers. For instance, the UK has gone from a single skyscraper in 1990 to 15 in 2014. France, Germany, Spain, Turkey and Russia have followed suit.

So why are these buildings being built? The answer is a mirror image of what occurred in the United States through the 19th and 20th centuries. China has seen its GDP rise from $3.6 billion in 1990 to over $10 trillion in 2014 with parallel increases in property values and urban population. The resultant economic pressure in urban areas coupled with the same ambition that built the Empire State Building has driven engineers in less developed countries upwards.

Meanwhile, in European cities such as London and Paris, places long subject to height restrictions for safety or aesthetic purposes, regulators are changing their attitudes. Development in London’s Square Mile and Canary Wharf districts has been fueled by record property values and population growth. France’s La Défense, located on the fringe of Paris’s city limits, has propped up ten new skyscrapers since the 1980s in an attempt to be business friendly. Moscow’s International Business Center, which hosts nearly a dozen new skyscrapers as well, was conceived for similar reasons. Throughout Europe, the construction of skyscrapers seems increasingly seen as a useful economic tool.

In the Middle East however, skyscrapers serve as elaborate displays of wealth. Grandiose hotels and office buildings, such as the Abraj Al Bait in Mecca or the Burj Khalifa in Dubai, serve to exemplify this point. Saudi Arabia is now moving forward with what will become the world’s new tallest building, the kilometer-high Kingdom Tower in Jeddah. These major projects, typically designed by western architecture and engineering firms such as Adrian Smith, SOM, or Thornton Tomasetti, not only serve their symbolic purposes, but are also intended to transform oil dependent economies into centers of finance and tourism. These efforts, however, can reach the point where they defy economic principle. In Dubai, vacancy rates loom over many of the cities newest skyscrapers.

It’s easy to wonder why the United States, which leads the world in skyscraper construction through the 1990s, hasn’t been keeping up with many of its international counterparts. But in the US, the demand for new skyscrapers simply isn’t there. Countless cities throughout the United States already posses sufficient quantities of office space for their employment levels and many companies have turned to more efficient space usage as an alternative to new construction projects. Another factor lies in the location of US companies, which are relatively rural or suburban. About a third of the US’s largest companies are found in suburban or rural areas and an international comparison (see headquarter locations here) would surely reveal that US companies are less urban than firms abroad. 70% of current construction projects in the United States are underway in technology hubs such as the New York, San Francisco and Dallas metropolitan areas and in only New York is there really a skyscraper construction boom. Aside from these areas, you can expect little change in the skylines of most American cities.

While the construction of supertall structures may be limited domestically, by 2020 over 900 new skyscrapers will be built internationally. Though more than half of these will be found in China, countless other nations will see dramatic changes in their own urban heights. Countries like Russia will witness their skylines double in size while formerly docile countries like Azerbaijan plan their own megatall buildings and European cities adapt their historic reputations. These factors are all indicative of the globalization-fueled trend of building upwards, which will certainly continue for at least the next two decades.