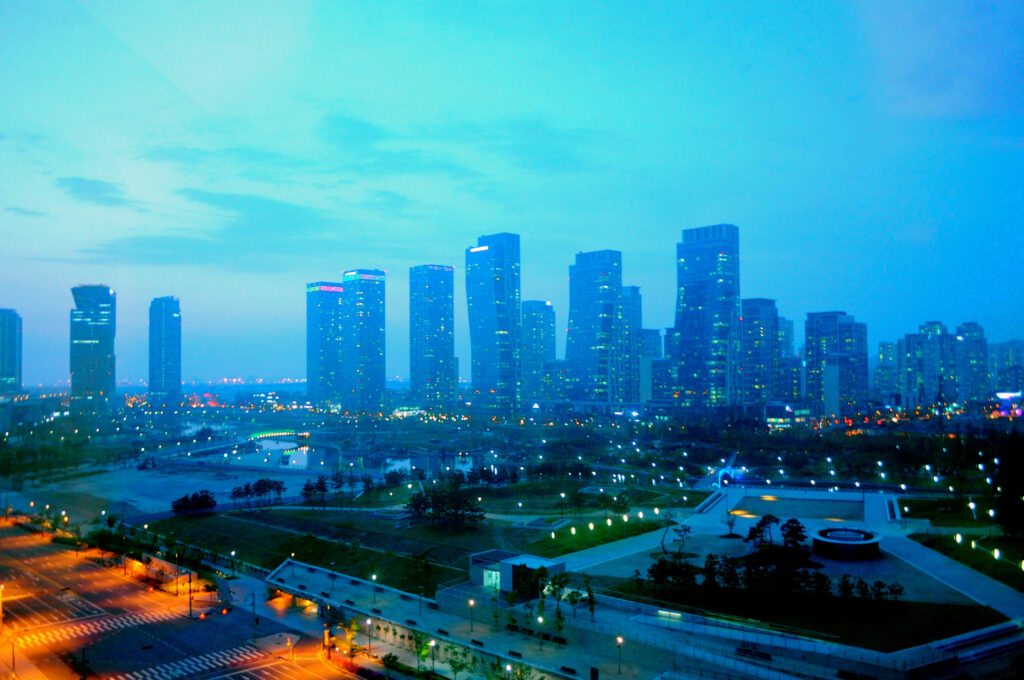 The Charter City: An Undemocratic Cure for Poverty

They have been called barbarians, terrorists and murderers. Even Al Qaeda has disavowed them. The group has been known as ISIS as well as by ISIL, but its latest name illustrates its power: the Islamic State, or IS. Their ambition is both frightening and impressive—their leader, Abu Bakr al-Baghdadi, proclaimed their goal to ultimately conquer Rome, leaving a state that stretches from the Middle East to Europe in their wake. Such threats and proclamations are often vacuous, so why are we concerned about this one? The creation of a state requires one of two things: international support (which IS certainly lacks) or the power to reinforce their desires with deadly force. We are concerned about IS because they have weapons that they are more than willing to use. We are concerned about IS because they have our weapons.

IS has two methods in its weapons-acquisition strategy. The first is stealing: it has pillaged Iraq and Iraq’s Kurdish military force, gaining weapons the US once provided to the country to secure itself from insurgents. In early June, IS took hold of two large weapons depots in Iraq and obtained 400,000 military-use items. The US airstrikes are being conducted not only to kill IS members, but also to destroy such American weapons stores in Iraq. The US is effectively attacking both sources of IS’s power: its number of men and its looted weapons. IS’s anger and retaliation to the airstrikes, in the form of the killings of James Foley and Steven Sotloff are thus unsurprising.

The second method is taking full advantage of the Middle Eastern black and gray markets for arms. According to the Congressional Research Service, the Middle East has the world’s most quickly developing arms market. Tracking weapons in such markets is an impossible task, which aids IS’s mission. Also to IS’s benefit is that instability breeds further instability. Destabilized countries flood markets with arms, specifically small and light weapons (SALW), which in turn are used by rebel groups and terrorists to foster even greater instability.

Why the preference for SALW? They are easily accessible, relatively inexpensive and easy to employ and maintain. IS knows what is best for them and they destroy what they know they can’t have, such as “weapons like M1 tanks, M113 armored personnel carriers, MRAP heavy armored trucks, and other multi-million dollar pieces of equipment.” Destroying such weapons keeps them out of Iraqi Security Forces’ hands.

Despite the difficulty in tracking SALW in the Middle East, the original sources can still be traced. IS is, at its core, one of the many Syrian opposition groups. Weapons smuggled into Syria find themselves in terrorists’ hands. These arms arrive in Syria from Jordan, Saudi Arabia and Qatar, among other states. Middlemen private arms merchants facilitate this network. The chain does not begin with Middle Eastern states, however. They did not create the weapons themselves. They purchased them, and not through an illegal market. The problem of SALW begins in legal markets, with transactions on paper and not shrouded in secrecy: the sale of arms from the West.

In 2012 alone, the EU exported €39 billion worth of arms, including €9 billion worth to the Middle East alone. Even more significantly, 2012 was a record year for the sale of small arms to the Middle East—almost €265 million worth. The US is also culpable: earlier this year, the Obama administration finalized an arms deal worth $11 billion with Qatar. The US has inadvertently provided not only weapons, but also training, as it has been revealed that US instructors at a Jordanian base trained Syrian rebels that went on to join IS. Canada, too, just finalized a $10 billion arms deal involving light armored vehicles with Saudi Arabia.

We are duly afraid of the IS. It is a monstrosity—and the West is Dr. Frankenstein. The West is the original source of IS’ power. It has men, weapons and ideology on its side, but weapons enable and give clout to the other two. Whether they are stealing the weapons or obtaining them from black markets, they are manufactured at here, at home. And yet, as we continue an airstrike campaign, we continue selling arms to the Middle East. Even the most vociferate gun advocate would agree that it does not make sense to give a gun to an unstable human. So why are we giving guns to an unstable region?