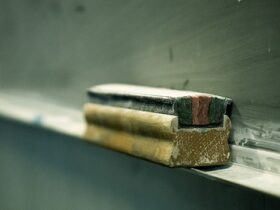 The Right to Education in Conflict Zones

As the Syrian Civil War continues into its third year and the Islamic State’s (IS) actions in Iraq grab international headlines, a humanitarian crisis is clearly unfolding in the Middle East. However, one of the most difficult aftermaths of these crises from a policymaking standpoint is not found in Syria or Iraq. Rather, it involves the unsustainable influx of refugees from these failing states to neighboring countries.

Jordan, Lebanon and Turkey are feeling the strain of mass increases to their populations on public services and economies. In Jordan, for instance, Za’atari refugee camp has grown to the country’s fourth largest city in the aftermath of the Syrian Civil War. Refugee populations outside of camps face similar challenges of integration into new schools, work forces, and neighborhoods, to say nothing of the countries’ abilities to sustain this rapid population increase.

The economic strain on countries hosting refugees from Syria, Egypt, Libya, Palestine and Iraq are not new; these issues have been covered by a plethora of news outlets. However, this economic burden is only a part of the growing long-term challenge posed by this rapid demographic shift. As refugee camps grow and refugees increasingly face challenges assimilating into their new environments, countries are put at greater risk of extremism, trafficking and the proliferation of illicit networks. Policymakers need to focus on these more impending security issues, as well as human rights and development concerns, when making decisions about Syria and Iraq. Focusing on documented cases in Za’atari, one of the most highly serviced and publicized camps, illustrates this trend.

The lack of licit economic opportunity forces many refugees to pursue innovative methods to make a living, while simultaneously coping with the psychological impacts of war. In some cases, this results in the establishment of highly sophisticated, although unregistered, businesses and enterprises. The flip side of this entrepreneurial upswing is the emergence of trafficking networks. Za’atari’s rapid growth necessitates sustainable development policies that have the foresight to recognize the permanence of this emergent city, and deal with such threats accordingly.

The desperation felt by many Syrians at their own prospects for survival and the need to support children and family members has driven many women, who make up a majority of refugees at Za’atari, to pursue prostitution as a last resort. While no official outlets are able to place a number on the number of refugees forced into such a position, a report released by the Association for Human Rights and Solidarity of the Oppressed notes that 80% of Syrian refugees in Turkey are women and children, resulting in high levels of insecurity. Those who capitalize on their desperation have created sex trafficking networks that extend outside the camp’s borders. This trafficking also extends to drugs and persons.

Jordanian government officials, including information minister Abdallah Abu Romman, have voiced concerns at the “security threats” posed by such a swell in foreign populations. Despite the xenophobic overtones of this speech, it is true that the potential of Assad- or insurgent-affiliated individuals infiltrating the camps and expanding their networks is a severe threat to Jordanian citizens. While the majority of refugees are not radical and simply strive to make ends meet, complicity in illicit networks may be incentivized if certain groups are able to provide compensation or security assurances.

Similar trends can be observed in refugees outside of camps. Four out of five Syrian refugees in Jordan live outside of camps, and are banned from joining the formal job sector. Therefore, many take up black market jobs out of desperation. As pointed out in The Economist, this has the potential to sow conflict and resentment between Syrians and Jordanians, having stark implications for the future as resources become more and more strained.

As the number of refugees from the crisis in Iraq tops one million, there will not be many more places for them to go. This has important implications for how countries’ foreign policies should approach these Middle East conflicts. Aside from debates on involvement versus non-interventionism, wealthier countries should place a high priority on providing humanitarian assistance to countries supporting refugees. Not only will this improve the living conditions of the millions of displaced persons, but will lower the threat of these at-risk populations becoming absorbed into illicit networks and engaging with violent non-state actors. President Obama’s recent address to the United States on IS discussed the continuation of humanitarian aid, but did not make any specific mention of the refugee issue. Especially as we view the rise of groups such as IS as a threat to US national security, US engagement should prioritize bolstering refugee human rights and security. Aid, development projects and civil society building will allow refugees to become integrated into their new countries without having to resort to illegal means of survival.