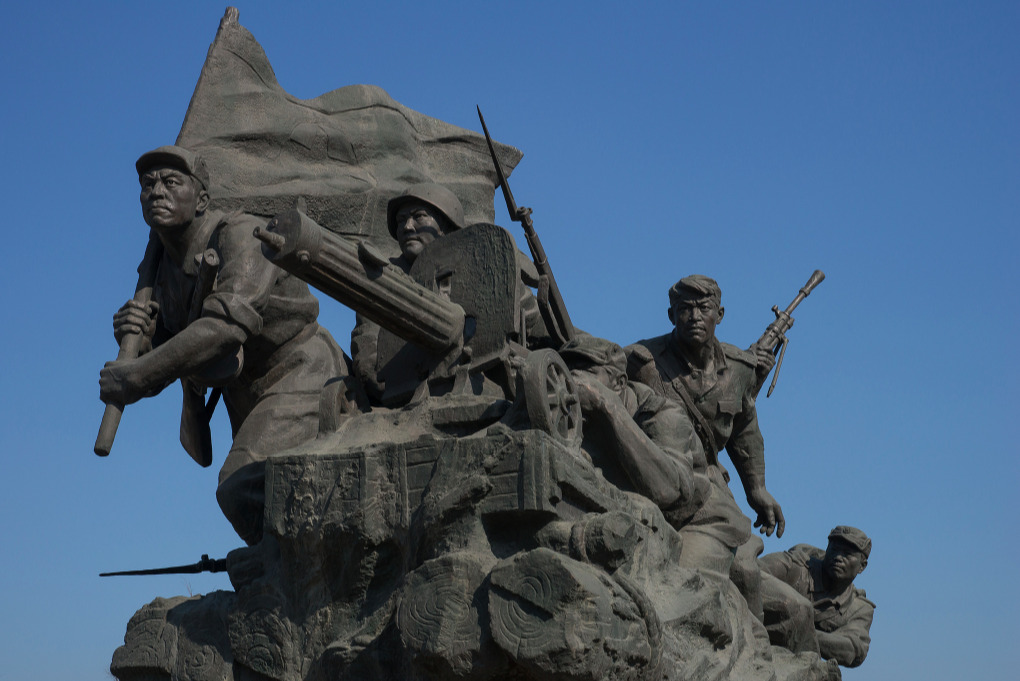 Trying to Lift the Siege: North Korea’s Congress of the Workers’ Party of Korea

If history has taught us anything beyond that conflict is inevitable, it’s that wars often prove self-correcting. In other words, a particular war can be so devastating that the pendulum then necessarily swings in the direction of peace and non-intervention. However, drone warfare—the warfare currently a la mode—is so much less visible and costly to its perpetrators, that it stands as a stark exception. Far from correcting itself, it seemingly has the capacity to self-perpetuate. The invention and proliferation of drone use might have made war too easy.

After the trauma of World War II, European countries realized continental integration may be the solution to mitigating the radical nationalism that had devastated the region. This led to the 1948 Hague Congress, and the creation of the European Movement International and the College of Europe, precursors of the European Union. After the French colonial wars in Algeria and Indochina proved significantly harder and bloodier for France than anticipated, referendums for independence were granted quickly—without conflict—to all remaining French colonies. The atomic bombing of Hiroshima and Nagasaki was so destructive that it left in its wake an international understanding nuclear weapons should never again be used and, despite  their proliferation, they never have been. The Vietnam War triggered a more inward-looking America, reluctant to engage in costly intervention overseas.

Each case reflects the impact of popular fatigue with, and apprehension towards, any war after experiencing a particularly scarring one, in turn making a democratically-elected government more reluctant to engage in conflict for fear of losing popularity. Like European populations after World War II and French citizens after the colonial wars, the war in Iraq had this effect on the American public, which witnessed the considerable human and material costs of ill-considered foreign intervention. 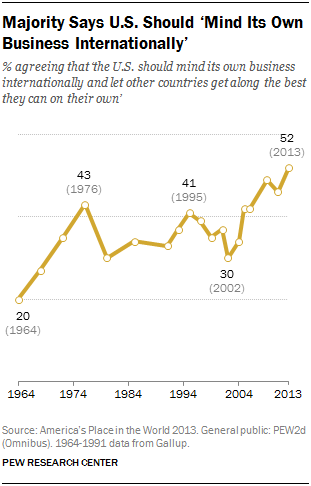 That those numbers essentially match reflects the impact of the Iraq War on public attitudes toward outside intervention. American citizens had begun to look at foreign policy solely through the lens of the Iraq war, and were thus far less interventionist.

But the post-Iraq era has been marked by a paradox—popular opinion opposes foreign intervention (hence the more passive attitude towards Syria and President Obama’s decision to resist calls for intervention), but drone warfare has risen dramatically.

Post-Iraq anxiety and war-weariness has failed to limit this particular form of warfare: in a New York Times article, Micah Zenko, a scholar at the Council on Foreign Relations, was quoted as saying that “an average of separate counts of American drone strikes by three organizations, the New America Foundation, the Bureau of Investigative Journalism and the Long War Journal, finds that 522 strikes have killed 3,852 people” since the Obama administration came into office. This is no “non-interventionist” policy.

No wars end all wars. But the speed with which we have transitioned from war-fatigue to war-footing is troubling, and it’s because drone warfare is different. Unlike in the past, with drone warfare there is no self-correction; no inherent ceiling or reason to believe the appeal will drop and the pendulum will swing back again.

War is meant to be difficult and costly; in fact, its difficulty and cost–in terms of lives lost, money expended, political capital expended–are the primary motives for deterrence. Drones have managed to essentially nullify these “inconveniences”. US lives are spared when unmanned drone-strikes are used rather than troop deployment, and targeted drone-strikes don’t come close to the fiscal costs of staging an Iraqi-style intervention. But it’s the last cost–the cost of political capital–that is probably at once the least talked about, and the most important.

General public angst and rejection of wars after a specifically disturbing one generally mean that a President and his administration notice and heed this ideological shift, and thus refrain from conflict, for the sake of re-election and public approval.

This novel and more sterile form of warfare explains another paradox: US popular stance on American foreign policy and their view of Obama’s job performance are directly at odds with one another. While polls indicate a continual increase in Obama’s approval rating, they have also shown a continuously growing reluctance to intervene abroad—all while large-scale drone use has expanded.

Though there are certainly other factors at work (Obamacare, economic growth, decrease in unemployment, etc. all could have contributed to the increasing approval rating), it is still hard to square Obama’s approval rating rising in parallel to his rising drone use despite growing non-interventionist popular sentiment. This in fact illustrates another way in which drones have made war easier to wage: it has allowed the governments to engage in covert warfare without much public recognition or understanding of the conflict.

Recently, persistent calls for transparency led the administration to release data on the number of civilian casualties from drone-strikes. The administration reported at least 64 innocent casualties (and at most 116). But this statistic fell far short of every single other thorough research report published by independent, nonpartisan and nonprofit organizations, with some extending up to at the very least 500 civilian casualties, demonstrating the real lack of public transparency in the US drone-program.

President Obama oversaw the historic Iran nuclear deal, began the process of lifting the embargo on Cuba, and withdrew tens of thousands of troops from Iraq and Afghanistan. By almost any measure, he has been a strong foreign policy president, resisting the impulse to send troops abroad, and trusting in the good sense of the American people.

Which is precisely why this isn’t an attack on Obama’s presidency, nor on the use of drones in general. Drone-use is not inherently evil; to the contrary, in most respects its use has proved remarkably efficient in combating terrorists without risking hundreds of American lives, destroying or destabilizing entire countries, or generating an even greater number of innocent victims. But therein lies the problem. The proliferation of military drone-strikes may have just made war too easy. It was the tremendous, palpable cost of World War II, the French colonial wars, the bombing of Japan or the Vietnam War that prompted public wariness of conflict in the respective countries, thereby pushing the governments towards peace and non-intervention, at least temporarily. If war’s ceiling–the level at which a population yells “No More!”–is removed, then the pendulum will cease its backward swing. The price of drone warfare is invisible to those who prosecute it, while destructively tangible to those on its receiving end. It’s for this reason we must make sure not to remove war’s ceiling.