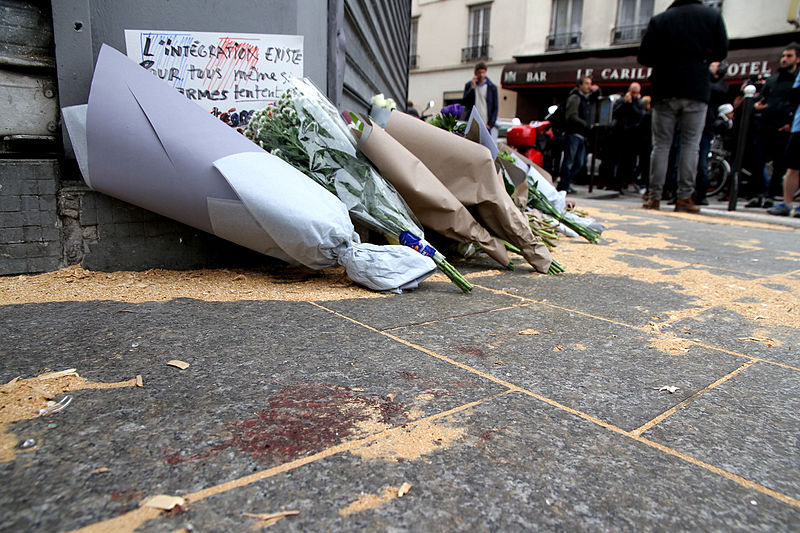 A little over a year ago, on March 9, 2015, a student protestor at the University of Cape Town (UCT) threw his own feces at a statue. Without context, this act seems a little ridiculous. However, this was not an ordinary statue: it was of Cecil Rhodes, the famed diamond baron and industrialist, the namesake of the renowned Rhodes Scholarship and an avowed racist. A significant actor in South Africa’s shameful colonial past, he helped disenfranchise millions of Africans from what is now known as Botswana. He also helped craft the framework that eventually resulted in Apartheid. Why then was there a statue memorializing him in front of the most esteemed institution of learning in South Africa? This was the question that UCT student Chumani Maxwele asked last March—albeit via a more unconventional avenue than expected.

Unbeknownst to him, Chumani had begun a movement, which later took on the moniker of “Rhodes Must Fall”. A student collective, Rhodes Must Fall (RMF) portrays itself as a decolonization movement, which looks to free the South African educational system from systemic racism and inequality. From its original goal of taking down a statue, RMF has expanded its scope, moving to schools across South Africa and looking at other issues such as affordable student housing.

RMF has not grown without controversy. In fact, as the movement spreads, the tactics used to portray its message have become increasingly aggressive. In the past three weeks, RMF students erected a tin shack on the campus of the University of Cape Town (UCT), which they deemed “Shacksville”, to represent the systemic repression of black students by denying them affordable housing. The tin shack aimed to draw parallels to the millions of disenfranchised blacks across South Africa who live in townships—slum-like areas that lack access to running water or basic infrastructure. UCT asked RMF to remove Shacksville, and when the group did not comply, the university brought in private security to drive the protestors away. In response, RMF went into dining and residential halls across the campus and burned historic paintings of figures from South Africa’s Apartheid past. That same night, the protestors also set a bus and a research vehicle on fire.

In the midst of this tension, a few important questions must be asked. What is the RMF movement actually trying to accomplish with its campaign for decolonization? Moreover, what does decolonization mean in a modern context? And finally, how can these lessons be taken and applied to similar movements around the globe?

What Does Decolonization Have to Do With It?
What is decolonization? From the University Administrators at UCT to RMF and all the South Africans who support either side, decolonization is a term that is contextualized in very targeted ways. RMF upholds that decolonization is the fall of white supremacy and privilege in South African society. Apartheid may be over, but the economic inequalities that preceded Apartheid remain. Activist organizations such as RMF argue that the African National Congress (ANC), the ruling coalition that took power post-Apartheid, does not do enough to even the playing field between blacks, whites and coloureds (a racial group that is demarcated in South Africa as being somewhere in between black and white). This includes giving property rights to blacks that had their land taken by Boer settlers in the 18th and 19th centuries.

RMF’s definition of decolonization is a shift from the common political conceptions of what decolonization means. Usually decolonization, specifically within Africa, is contextualized in the period after World War II, when many African states gained their independence from colonial nations such as Britain and France. However, colonization did not end upon the removal of Europeans’ heavy hands; many African political institutions still retain their original colonial structures, thus making decolonization incomplete. This lack of political structural transformation is possible because of a successful class of African elites who convince their populations that by shaking off the formal “shackles of colonial rule” they have successfully freed themselves from colonial institutions and bureaucracies. However, in many cases, this is simply an avenue for new forms of economic and social inequality, which are facilitated by elites within the country itself. Within this context, how is one to know when a country is truly decolonized?

The administrators at UCT, the South African government and the developed industrial nations of the Global North think decolonization is complete; yet RMF does not, and they have a tough battle to wage. RMF must convince not only its own nation-state but also the entire Global North that the neo-liberal economic framework that South Africa ascribes to has been rigged from the start. It is this frustration at Eurocentric frameworks that prompted the symbolic act of throwing feces. By redefining the act as a political statement, especially against a prominent colonialist, RMF has demonstrated that decolonization doesn’t just end when a country gains its freedom. Instead, decolonization can only occur through a socio-cultural revolution, as per the ideas of Frantz Fanon (an international relations scholar who looked at the contradictions of decolonization in the 1960s). This need for a socio-cultural “revolution” is the justification that RMF uses for its provocative and intense tactics.

However, many South Africans believe RMF’s tactics to be childish, and non-conducive towards their end goal.  Whether RMF’s aggressive protests work against an entrenched establishment — on the university, state and global level — remains to be seen; however, their tactics provide valuable lessons for other states dealing with institutional racism.

Lessons for Other International Actors
The most pertinent comparison here is between South Africa and the United States. Though the United States was never colonized, the populace still has to deal with similar issues regarding race and inequality that South Africans do. Yet, operating under the assumption that systemic inequality for minorities exists in both states, it is evident that RMF uses more aggressive tactics to achieve its goals in South Africa than comparable movements in the US such as Black Lives Matter (BLM). One reason for this is how inequality is presented in South Africa. In South Africa it is almost impossible not to acknowledge the disparity between those who live in poverty and those who do not. In the United States, inequality is much easier to ignore: there are no Lamborghini’s that drive through slums, no million dollar houses sitting next to camps full of squatters. The sharpness of the wealth disparity in South Africa — one that is directly correlated with race — begs for attention. In the United States, structural inequality is not linked to a discourse about decolonization, and therefore it is harder for a connection between race and inequality to be acknowledged. As much as many Americans would like the sort of frank dialogue that occurs in South Africa, America’s norms about money and race are too separate to ever make that conversation a reality.

South Africa, due to its complicated past, is a microcosm through which one can look at how decolonization can still occur far after a nation-state gains its independence. And, though it is necessary that voices such as RMF challenge the status quo regarding the decolonization discourse, they should not be allowed to act with impunity. RMF’s actions may be showy, but very little institutional change at  UCT — nevertheless the whole country — has actually occurred due to their actions. It turns out that it’s not as easy to tear down hundreds of years of structural inequality as it is to take down one statue. In fact, there are few problems as multidimensional, and challenging. Best of luck.