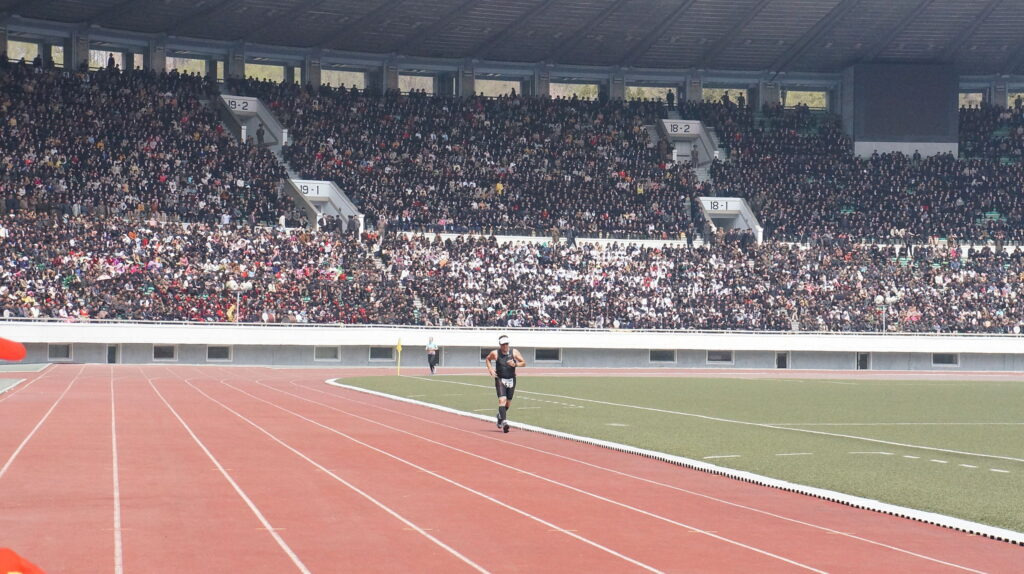 Democracy dies in darkness. In the wake of several brutal crackdowns of environmentalists and human rights advocates, few places better exemplify this than Vietnam. While many Vietnamese and international observers had hoped that this one-party communist state was beginning to show signs of democratization, Vietnam is conversely becoming increasingly authoritarian and has cracked down even harder on environmentalists, human rights advocates, and trade unions in the process. With this increasingly fraught domestic background, Vietnam is quickly finding itself caught in the middle between Chinese and American ambitions and unsure which country Vietnam should strengthen ties with.

With an abysmal human rights record, as of 2018, Vietnam ranks 175 out of 180 countries for press freedom. Despite this, there was hope that Vietnam could begin a process of democratization due to the 2016 protests over a chemical spill at a Formosa Ha Tinh Steel plant. Due to plastic chemicals entering the waters, Vietnam’s $7 billion dollar seafood industry was greatly threatened by what has been considered Vietnam’s worst environmental disaster. As many of Vietnam’s rising factors are owned by Chinese firms, so too is Vietnam’s increasing environmental problems.

These anti-Chinese protests also feed Vietnamese geopolitical concerns as well. China’s rise in the South China Sea has made many Vietnamese nervous about the nation’s encroaching influence and has been a site of continued protest as well. For a large number of Vietnamese, rejecting China means rejecting anything Chinese. Although Formosa Ha Tinh incident in 2016 was caused by Taiwanese and not Chinese mismanagement, many in Vietnam are concerned about the increased involvement from mainland Chinese people in the country. For many in Vietnam, there is little distinction between Taiwan and China; during the Formosa Ha Tinh incident protesters stopped buses and pulled out Chinese passengers, who were then beaten.

Although there is a shared authoritarian commonality between the two countries and hardliners in the Communist Party of Vietnam (CPV) want to emulate China’s authoritarianism, many in Vietnam are not only skeptical, but they are downright sinophobic. With the Formosa Ha Tinh incident in 2016 and protests in 2014 and 2018 around the disputed South China Sea, many younger and more moderate Vietnamese are increasingly ambivalent or even outright hostile towards China compared to older generations.

The 2016 Formosa Ha Tinh incident placed the CPV in a precarious position. On one hand, the Party has tried to downplay the economic influence of China, while on the other hand, it has increasingly expressed concerns about China’s aggressive claims in the South China Sea. Both Politburo’s of these Asian communist nations work hard at maintaining some semblance of shared solidarity, yet both the CPV and the CCP are also finding each other in disagreement with each other. Additionally, a growing segment of the population finds Vietnam’s relation to its large neighbor a source of aggravation or even a reason to push for greater Vietnamese rights. As Vietnam found itself in this rather precarious position vis-a-vis China during this time, the CPV found a friend in the Obama administration.

Writing the Rules For a New Friendship

At the end of 2015, 12 Pacific Rim countries – including Vietnam – announced their intention of creating the Trans-Pacific Partnership (TPP), with the United States’ then-President Obama and Japan’s Prime Minister Shinzo Abe leading the charge. The goal was to reduce trade barriers across the Pacific, as well as ensure certain health and regulatory standards across the region. Although Vietnam was invited, it was very clear that China was not welcomed.

While many observers have acknowledged that the TPP was the Obama administration’s attempt to counter a rising China by allowing the United States “to write the rules” of trans-pacific trade, the TPP was also part of Obama’s Vietnam strategy. Beyond the now-famous video of Obama and Anthony Bourdain eating Bun Cha in Hanoi, the Obama administration worked hard in pushing for stronger American-Vietnamese ties during the final years of his administration. For example, in June 2015, the Obama administration signed an agreement with Vietnam to deepen “greater operational cooperation” in response to China’s actions in the South China Sea. Then in May 2016, the Obama administration agreed to lift an arms embargo for Vietnam and sent two US Navy ships into the strategic Cam Ranh bay as part of growing naval and military ties between the two nations.

The TPP was part-in-parcel with the Obama administration’s outreach to Vietnam, and the hope was that with increased military ties might come growing economic ties as well in order to pull the country away from China. The Obama administration’s goal was two-fold: tighten regional cooperation with Hanoi and pressure the CPV to adopt reforms around labor unions, human rights, and environmental protection. As part of the 2016 agreement on the arms embargo, Hanoi agreed to allow independent labor unions to form as part of a side letter to the TPP. For environmental and human rights activists, China-skeptics, and reform members of the Communist Party, the TPP represented the beginning of a new Vietnam emerging from the protests against Formosa Ha Tinh.

“The TPP could have been some wind in the sails of Vietnamese activists, trade unionists and environmentalists,” said Brad Adams, executive director of the Asia division at Human Rights Watch, to the South China Morning Post.  “Pulling out of the TPP has been a big setback.”

President Trump is no fan of trade deals, especially Obama-era trade deals. In fact, one of Trump’s first acts as President was to pull the U.S. out of the TPP. Yet despite its rhetoric, the Trump administration in many ways has continued the Obama strategy of courting Vietnam to counter China. However, the absence of the TPP has strengthened hardliners in the CPV and weakened moderates in both the party and the country.

“As soon as America withdrew from the TPP, you saw a radical change in the way [the Vietnamese]government treated workers, labor activists and unions,” said Do Thi Minh Hanh, in a statement to the Washington Post.

While crackdowns against activists began back in 2016 before the Obama summit, they dramatically increased in 2017. Approximately 27 activists were arrested and charged with “activities aimed at overthrowing the People’s Administration” according to Amnesty International. On April 5, 2017, Brotherhood of Democracy founder Nguyen Van Dai was sentenced to 15 years in prison, but due to health concerns and international pressure, Nguyen was able to go into exile in Germany. Additionally, approximately 100 “prisoners of conscious” are imprisoned in Vietnam for speaking out against the CPV’s mismanagement of environmental disasters, demanding democratic reforms, and practicing their faith.

The U.S. State Department has stated that it is “deeply troubled” by the increased crackdown yet continues to build ties with the CPV despite these concerns. Much like with North Korea, where President Trump has become silent on human rights abuses in the DPRK due in part to “falling in love” with Kim Jung-un, the Trump administration has moved away from traditional US foreign policy of promoting human rights to find new friends abroad. In October of this year, Secretary of Defense Jim Mattis visited Vietnam to boost military ties between the two nations. Trump’s tough rhetoric on China has won fans across Vietnam, and though he is not quite as popular as Obama, support for the current US president is still quite high.

While deepening military and economic ties during the Obama administration led Vietnam to agree to some measures of liberalization, the Trump administration has fostered those same military ties at the expense of human rights. This change in stance has deeply affected Vietnam and may have effectively snuffed out Vietnam’s opportunity to peacefully transform from a dictatorship to a democracy like South Korea or Taiwan before it could take hold. There is every right to be skeptical of a “Vietnamese Spring” occurring because of the TPP. However, the Obama administration proves that strengthening military ties should not come at the expense of human rights, and the Trump administration’s relative silence is deeply troubling. Ultimately though, the problems that brought the Vietnamese out on the street back in 2014 and 2016 have not been addressed, and concerns around environmental degradation, a rising China, and Vietnam’s place in the global geopolitical world order will only continue to grow in the coming years.