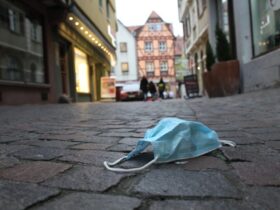 It’s Time to Reassess Single-Use Plastic Around the World

LOS ANGELES — In the first few months of the Biden administration, the United States has faced obstacles to one of the cornerstone promises of the campaign trail: the restoration of the 2015 Iran nuclear agreement, formally known as the Joint Comprehensive Plan of Action (JCPOA). Trump formally criticized the deal throughout his presidential campaign and his first few years in the White House for its weak limitations on Iran’s nuclear activity and its economic support of a “murderous” regime, leaving the agreement in 2018.

The impact of Trump’s criticisms is still felt in Washington today. On the one hand, Biden has faced pressure from dozens of senators, Democrats and Republicans, who are committed to expanding upon the deal to include expanded compliance from Iran in regards to its ballistic missile program. Meanwhile, the administration has been the subject of scrutiny from diplomats from France, Japan and Germany, who manufactured a 2003 deal with Iran to suspend its uranium enrichment activities and have served in an intermediary role between the two countries since 2018.

Biden’s insistence that Iran must make the first move toward compromise to maintain negotiating leverage has, in the eyes of the European Union, halted potential discussions and pushed Iran to explore other avenues. The ability, or lack thereof, of Biden to orchestrate any semblance of effective diplomacy at a time when Iran may only be months away from nuclear capabilities will test his multilateral approach to the Oval Office and will potentially determine the balance of power in the Middle East for years to come.

The historically rocky relations between the two countries — characterized by the CIA-led coup of democratically elected Prime Minister Mosaddegh in 1953, the U.S. Embassy hostage crisis in 1979, and the assassination of top military commander, General Qasem Soleimani, in 2020, to name a few — were put on display when Biden ordered a series of airstrikes on Iran-backed militias in Syria in late February as his first demonstration of military force. The airstrikes were supposedly a response to rocket attacks on U.S. forces in Iraq, which Iran denied involvement in. That same week, Iran rejected the European Union’s proposition to moderate informal nuclear talks between Tehran and Washington.

While Biden’s willingness to extend a diplomatic hand through the EU and prevent the nuclearization of one of the United States’ biggest military rivals, the first such offer in four years, reflects the new administration’s intent to revive global cooperation and internationalism, Iran’s cold response has made restoring the JCPOA one of the administration’s early challenges. Evidently, it will not be as diplomatically simple as lifting sanctions and returning to the 2015 deal, though the State Department recently reported that they are ready to do so. A new round of negotiations must be conducted, whether on Pennsylvania Avenue or a neutral location, with leverage being sacrificed on both sides.

It seems this is already underway. At a meeting in Vienna between intermediaries on April 6, representatives of the United States and Iran agreed to establish a joint commission that will work to simultaneously lift U.S. sanctions and halt Iranian nuclear development, thus officially beginning the negotiation phase, however indirectly.

However, after signing a 25-year, $400 billion dollar oil agreement with China in late March, Iran seems positioned to recuperate some of its economic losses from the devastating 2018 sanctions that Trump reimposed, thereby putting pressure on the Biden administration to concede to Iranian demands. The agreement signals that Iran is moving on from stalled negotiations with the United States and looking to the East for economic relief and potential military support down the line.

In fact, the Iran-China deal also expanded military cooperation between the two nations, including joint research, training, intelligence and weapons development, with the Chinese foreign minister Wang Yi stating that, “China firmly supports Iran in safeguarding its state sovereignty and national dignity.” Yet U.S. officials seem rather unconcerned with the military aspects of the agreement, citing its lack of specificity and non-binding commitments.

Even so, the economic leverage that the United States had over Iran as a result of Trump’s 1600 reimposed sanctions will continue to slip as Iran furthers its relations with China. With Iran entertaining other opportunities for relief and perhaps turning toward a more internationalist approach to foreign policy, the JCPOA’s salvation should not be seen as an inevitable conclusion.

Yet the most effective strategy for Biden remains the consolidation of U.S. nuclear demands. While a minority in Washington have continued to criticize the 2015 deal, most Americans opposed Trump’s diplomatic departure in 2018 and still support the JCPOA on its own, which was a landmark achievement of diplomacy and nonproliferation. And, as Iran has restated numerous times, they have no interest in renegotiating or expanding upon the JCPOA, efforts that will become increasingly slim if a new Iranian president takes office in June.

The lifting of some Trump-era sanctions will allow Biden to still maintain leverage in negotiations while also giving the diplomatic discussion some much needed momentum. Even so, such momentum might not get the JCPOA restored or a new nuclear deal established before it’s too late and Iran has already developed full-scale nuclear weapons. For the foreseeable future, Biden will continue to work in a race against time, which may require first rescinding some sanctions and returning to Obama’s Iranian approach in order to get the ball rolling faster. In fact, former weapons inspector and founder of the Institute for Science and International Security David Albright believes that “Iran could explode a test device within nine months; build a basic nuclear weapon in a year; and in two years, affix a warhead to a ballistic missile”.

Ultimately, Biden’s surprising refusal to cave into Iran’s pre-negotiation demands reflects his hard-nosed centrism and the slow U.S. return to diplomatic multilateralism following the Trump presidency. While many would have expected an immediate attempt to restore the JCPOA at all costs before the Iranian national elections, the administration seems sluggish to deliver on one of its key campaign promises. As negotiations stall and Iran approaches nuclear capabilities, expect to see a more desperate and conciliatory Oval Office to Tehran, the EU, and the American public.

Aidan Martin
View More Posts
Aidan is a junior studying History and International Relations with a minor in Legal Studies. He is particularly interested in the power or, lack thereof, of international institutions and international law to address climate change. At USC, he is also involved in Model United Nations, the Thematic Option Writing Program, and the Phi Alpha Delta Law Fraternity. Additionally, Aidan has conducted research at the Chicago History Museum and plans to write a senior thesis in history.
Email: aidanmar@usc.edu