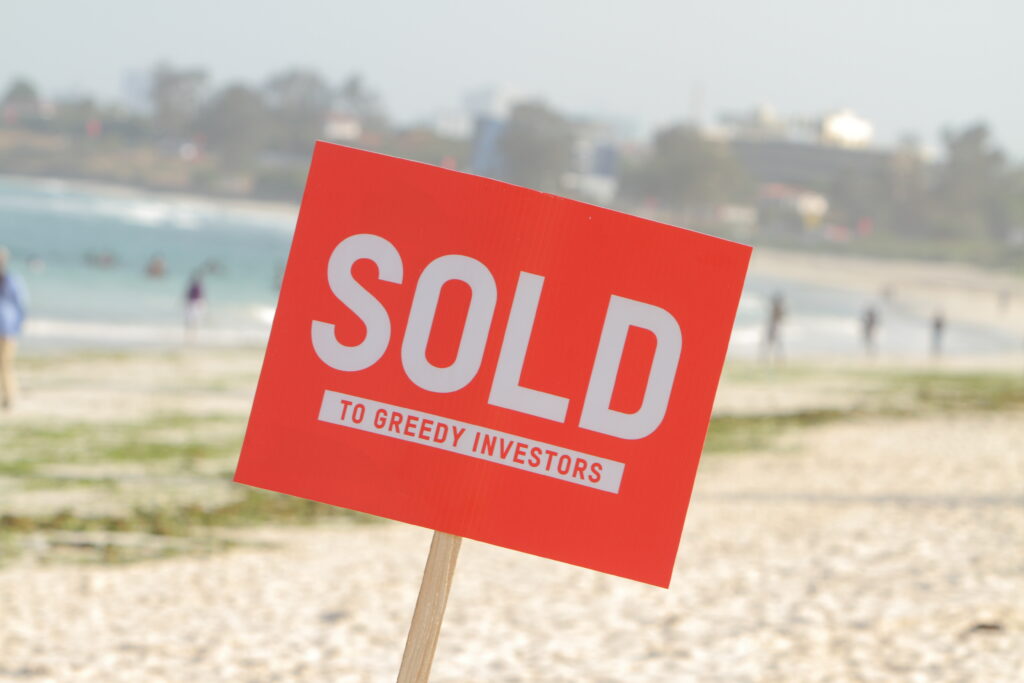 The Second Scramble For Africa

“There are no passengers on Spaceship Earth. We are all crew.”

These words, from Canadian philosopher and futurist Marshall McLuhan, emphasize both the necessity of a collectivist attitude and the necessity of coordinated action toward climate change. As the world rapidly approaches the disaster barrier that is 1.5 degrees celsius, it is imperative that the United States takes steps to reach critical climate targets such as net-zero global carbon emissions by 2050.

Though these may seem like lofty goals, they are now considered essential by many climate experts, if we are to avoid major climate catastrophes that will cost millions of lives, destroy ecosystems and environments and affect trillions of dollars in global revenue.

Given the extent to which oil and natural gas lobbyists are entrenched and hold influence in American politics, implementing large-scale renewable energy may be difficult to accomplish within the next 10 years. Alternatively, other avenues must be considered to reduce our carbon footprint. A course of action that has been seemingly overlooked is legislation to reduce methane emissions by decreasing the number of cows consumed — essentially, legislation to tackle the meat industry. If deemed politically feasible and in the interest of the administration, President Joe Biden currently faces several alternatives and options for reducing emissions from livestock in order to meet emissions targets.

Agricultural emissions in the United States account for approximately 10% of all GHG emissions. The largest culprit within the agricultural industry is cattle which — through digestive methane production, transportation, packaging and distribution — directly contributes approximately 30% of all agricultural emissions. The most concerning of these emissions is methane (CH4) — which has a global warming potency 86 times higher than that of carbon dioxide (CO2).

Cattle contributes to methane emissions primarily in 2 ways. The first is through a process known as enteric fermentation, which is a natural digestive process in which food is decomposed and fermented, creating a by-product of methane. The second primary contributor is cow manure, which often releases methane as it decomposes under anaerobic conditions in piles or open-pit lagoons.

Combatting methane emissions is a nuanced issue, and agricultural organizations and scientists alike have been doing their best to tackle the challenge for the past 30 years. Many have sought to reduce emissions through intentional alterations of a cow’s rumen, the stomach chamber in which microbes ferment feed hence producing methane. Others have focused on selective breeding for cows with less methane-producing microbes, as well as experimenting with different feeds that promote better digestion. Nevertheless, emissions from agriculture have actually increased despite efforts in many developed countries to actively reduce methane production in cows.

There are several critical reasons why, even with an average reduction of methane emissions per cow, global methane emissions from cattle have still increased by 10% within the last 30 years. First is the phenomenon known as “meatification” in regions like Latin America, Africa, and Asia. Demand for meat has skyrocketed as purchasing power has increased within these regions, and, as a result, global meat production has nearly doubled since 1990.

Second, measures adopted have been inefficient at reducing overall methane and GHG emissions. While they have made some difference in reducing emissions per cow, raising cows is still a massively inefficient process. In order to raise a cow for slaughter, you must raise it for two to three years as well as provide it with an exceptional amount of land, water, and food. Moreover, cows produce about up to 21 tons of manure per year, and ineffective manure management can lead to greater methane emissions. On top of that, many of these measures have been adopted inconsistently throughout the globe, given that wealthier nations are more equipped to fund the research and supplies needed to successfully implement these measures.

Yet, research still continues in these areas despite the limited effectiveness of the measures being developed. Why? The larger answer lies in the fact that improvements and advancements in these areas allow the animal agriculture industry to expand.

But these scientific advancements cannot fix an industry that is inherently destructive – not only to the planet, but to the health of citizens as well. If the United States is serious about combating the negative externalities created by animal agriculture — including methane emissions from cattle — a new agricultural landscape must be constructed rather than focusing improvements to the current one.

There are several paths the Biden administration can pursue if it wishes to significantly reduce the cattle industry’s methane emissions. The first alternative is cut from the old cloth, but worth exploring nonetheless. It involves feeding cows a specific type of seaweed. A 2018 study from the University of California, Davis suggests that feeding cows seaweed could reduce methane emissions from beef cattle by as much as 82%. Unfortunately, implementing this on a massive scale is near impossible because there is simply not enough of that type of seaweed to sustain a cow’s diet, and there are several logistical challenges with providing seaweed supplements to cows grazing on an open range.

A second policy Biden mught consider is focusing on supporting the growth of businesses that produce plant-based protein substitutes. Plant-based meat alternatives have historically been frowned  upon, but their popularity has absolutely exploded in the past few years with the success of companies like Beyond Meat. Two out of five Americans have tried plant-based meat, with that figure stretching to over 50% for those 25 and younger. Moreover, plant-based substitutes are expected to achieve a whopping 85 billion dollars in sales in 2030, an 1,847% increase from 2018. This growth has only accelerated throughout the pandemic, as the unsafe COVID-19 conditions endured by many meat processing workers have increased calls for more meat-free alternatives.

Another promising innovation the Biden administration could support is lab-grown meat. Currently, lab-grown meat is still in its infancy in the United States, with plans to serve cultured meat still several years away. However, in the United Kingdom the process is a little further along. There are currently 15 startups focusing on lab-grown meat and they have plans to expand to mass production in the coming years. CE Delft expects that by 2030, lab-grown beef could be just as inexpensive as agricultural beef. Even better news, if lab-grown factories were funded by renewable energy it would reduce total beef emissions by 93%. Lab-grown beef may be the best potential alternative because not only does it allow us to reduce our methane emissions and assuage ethical concerns about animal farming, but it also allows consumers to keep the taste and nutrients of meat readily available in their diet.

But one notable hurdle the United States faces with both plant-based proteins and lab-grown beef is the political strength of the U.S. agribusiness industry. According to research from New York University, major meat and dairy producers have spent millions on lobbying efforts and campaigns aimed at discrediting links between climate change and animal agriculture. Over the last two decades, ‘Big Ag’ has spent $750 million on supporting national political candidates who hold similar policy stances, with Mitch McConnell, Lindsey Graham, and Joni Ernst among their top recipients.

Unsurprisingly, these major conglomerates have been able to get away with highly carbon-intensive methods of agriculture, as well as produce food at a very cheap rate due to large agricultural subsidies. The Barack Obama administration tried to check the advances of Big Ag, promising millions of rural farmers that they would fight back against the most powerful players in the industry, only to stop when the major agricultural conglomerates banded together with their congressional allies.

Nevertheless, the emergence of climate change as a central political issue will facilitate Biden’s ability to check the power of Big Ag. As more and more American citizens express their concern about climate change, Congress will have to listen to its constituents or risk losing popular support. Additionally, with Democratic control over the House, and the Senate nearly equally split, climate policies will face less hurdles than they did under former President Donald Trump. Biden should take advantage of these circumstances to steadfastly push climate action.

And as such, I believe the Biden administration should consider adopting the following measures to mitigate the effect of the meat industry on climate change.

The climate crisis grows more grim every day. If substantial action is not taken by the Biden administration to fundamentally reduce American beef consumption and minimize animal agriculture in general, the United States will struggle to reach its emission targets, thereby hampering the global climate fight and bringing the world closer to environmental catastrophe.