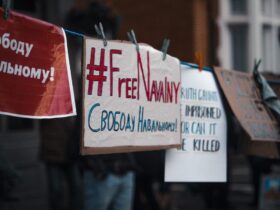 Shortly after this decision, a swift takeover of the country by the Taliban ensued, igniting a mass exodus of Afghan people and precipitating a widespread humanitarian crisis in the region.

It has been six months since the takeover, and now, a crisis that once received consistent front-page news has now been lost in a myriad of other pressing global issues — from the Russian invasion of Ukraine to the string of coups in West Africa. However, the declining public attention of Afghanistan is not to say that the conditions in Afghanistan have improved. In fact, in many facets, life has deteriorated substantially in the country.

On Feb. 12, Biden signed an executive order granting $7 billion in assets to be unfrozen from Afghanistan’s central bank. The plan for these funds is to distribute around half ($3.5 billion) back into Afghanistan to combat the growing food shortage and contribute to other critical humanitarian projects, like sanitation, clean water and education.

The other $3.5 billion will go to American families of 9/11 victims, who seek legal and financial compensation for the Taliban’s role in housing al-Qaeda leaders in the aftermath of the attack. However, many critics and Afghan residents see this move as unfair because they played no role in 9/11, and believe they should not be punished as a result by losing critical aid.

Furthermore, this move will shatter the Afghan central bank, crippling an economic institution in a country that is already experiencing a complete financial collapse. Afghans resent the United States for their sanctions, which has exacerbated many of the problems in the country. They  believe that all these assets must be returned to them to help address the crisis.

This recent event highlights a larger issue in Afghanistan: humanitarian aid is all but nonexistent in the country, and the people are growing desperate. However, if sanctions were to be lifted, then this could be interpreted as giving in to the Taliban, effectively ensuring the Taliban’s control of the country for the coming years.

As it stands, there are numerous concerns facing Afghanistan. The most important question is: As the situation deteriorates, what can be done to alleviate the Afghan people? Yet perhaps the better question is: Will help even come?

As of December 2021, 98% of Afghans are not getting enough food, according to the World Food Program. This is due to several factors.

For one, Afghanistan is experiencing one of the worst droughts in decades. The United Nations attributes this unfortunately timed event to a 2020 La Niña cycle, which may have resulted in decreased rain and snowfall in 2021.

These droughts have severely crippled the agricultural supply, and remaining staple foods like rice and flour have surged in price, making them all but unavailable.

Another factor is that the fighting that took place during the Taliban uprising and subsequent takeover drove many Afghans out of their homes and their farms. This led to a drop in agricultural production. The drought alone has forced around 700,000 people to evacuate elsewhere.

In addition to food insecurity, winter in Afghanistan is especially brutal, with temperatures dropping as low as -20℃. The winter played a significant role in the food shortage, and does not bode well for the millions of internally displaced refugees within the country. In fact, Amnesty International reported that before the Taliban had even taken control of the country, 4 million people were internally displaced in Afghanistan due to the widespread political and economic issues.

Many of these Afghan refugees have struggled to find adequate shelter during the winter months. Worsening the problem is that the Afghan people have nowhere to receive medical treatment, as the country’s health sector, which was already on the brink, has collapsed.

While NGOs continue to deliver critical aid for Afghanistan, funds from the international community abroad have dried up due to the sanctions imposed on the Taliban regime — another severe blow to the struggling nation.

Through a combination of unlucky natural causes, a lack of foreign assistance and the economic ineptitude of the Taliban regime, Afghanistan and its people are in dire need of aid.

As mentioned earlier, at the heart of this crisis lies the Taliban.

On the one hand, during the Taliban’s takeover, Afghanistan has experienced a decrease in violence, and people are beginning to roam the streets once more. Women are also returning to work in certain sectors, such as health and education.

The Taliban’s control has certainly led to a level of stability that the country has not experienced in decades. Yet this is overshadowed by the fact that armed Taliban forces continue to patrol the streets of Kabul and neighboring cities, casting a blanket of suppression over Afghan citizens.

Even without the economic collapse, there are many other issues currently facing the country: media suppression, women’s rights, and access to food and water. For many of these problems, the regime’s takeover is front and center.

Many women are still prevented from participating in secondary and higher education. Women’s protests have been largely quelled by the Taliban. Despite claiming that their treatment of women will differ from  their time of power in the 1990s, the Taliban have, for the most part, continued to repress women in many facets of their lives. Contrary to this, the Taliban reported reopening schools in March and allowing women to return to secondary school.

Another worrisome trend is many critics of the Taliban have disappeared and journalists have been harangued by Taliban authorities. The most recent occurrence was the brief detention and release of UN Refugee Agency (UNHCR) staff and journalists.

There continues to be a limited media presence in the country, making it difficult to hold the Taliban accountable. For the foreseeable future, it will be the Taliban authorities who will report on the present state of the country. This reality highlights the potential for key issues that arise in Afghanistan to go unreported or be misconstrued and covered up by the regime who seek to maintain stability and a positive image.

The widespread global sanctions on Afghanistan and the freezing of billions of dollars in assets have greatly limited the ability for foreign countries to assist in the humanitarian catastrophe that has affected Afghanistan for the past half year.

The collapse of the Afghan central bank prevents $135 million in U.N. foreign aid from reaching the country, highlighting both the political and practical barriers to getting necessary assistance to the people of Afghanistan.

In spite of these challenges, progress continues to be made to address the aid shortage. As mentioned previously, NGOs remain active in the country, and USAID recently announced $308 million in assistance will be given to Afghanistan.

The Taliban also met with Western officials in Europe last month, signifying a potential break in the Western world’s hard-line approach to the regime.

Although this signifies improvement in the Afghanistan situation, the fact of the matter is that until sanctions are lifted, precious aid to Afghanistan will continue to be limited.

While the many problematic policies and leaders that head the Taliban cannot be understated, it is clear that the Taliban will continue to retain control of Afghanistan for the time being. Given this, the sanctions that have been implemented to try and weaken this power have only punished those who are innocent in this terrible crisis: the Afghan people.

Thus, a decision must be made on whether the political costs of these economic penalties are worth the devastation they have caused to millions of people living in Afghanistan. And for the fate of the country, this decision must come quickly.