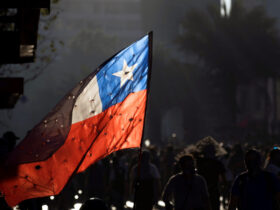 LOS ANGELES — For centuries, Indigenous peoples have coexisted with ecological systems, preserving and conserving their rich biodiversity. Centuries of natural harmony have advantaged modern Indigenous communities with an understanding of how to protect the environment from the impending climate catastrophe.

Indigenous voices around the world represent a diversity of cultures, perspectives, histories and knowledge systems. The UN estimates that over 476 million Indigenous peoples currently live in 90 countries around the world. Although they represent around 6.2% of the global population, Indigenous peoples inhabit 32% of the world’s land area, much of which houses crucial biodiversity resources. Despite historical exclusion from international deliberations and decision making, Indigenous peoples are custodians of the knowledge reaped from the ecosystems they occupy and are key shareholders in the future of the global environment.

“The social-ecology systems are crucially important within our traditional landscape and territories; through traditional knowledge and wisdom, which enforces governance systems for pastures, water, salt licks, movement of livestock and wildlife, social interaction and use are strongly connected to Indigenous pastoralist livelihoods,” said Justine Ole Nokoran, a local traditional leader from Tanzania.

Environmental protectionism is interwoven into the fabric of Indigenous cultures and economies. Their existence rests on preserving the biodiversity that sustains their livelihoods. A recent analysis of Indigenous peoples and practices indicates that global biodiversity goals will  ultimately be unattainable without comprehensive inclusion of their perspectives and guidance.

Despite the significant body of research revealing the necessity of incorporating indigenous perspectives into international climate policy prescriptions, Indigenous communities are only beginning to receive a seat at the table of global climate talks.

“Indigenous Peoples are still seen as beneficiaries, as the last link in the chain,” said José Gregorio Díaz Mirabal, the General Coordinator of the Congress of Indigenous Organizations of the Amazon Basin.

Not only does this framework diminish the rights and autonomy of Indigenous peoples, but reducing Indigenous peoples to the role of consultants, incidental or supplementary to the process of climate activism, overlooks their centrality to environmental issues.

Díaz Mirabal will be speaking at COP26 alongside other Indigenous representatives on Nov. 6 and Nov. 7, the days dedicated to discussing Nature and Land Use. The two-hour block devoted to Indigenous perspectives will “explore how governments, scientists and Indigenous Peoples are working with nature to enhance climate ambition and help keep the 1.5°C goal within reach, while delivering benefits for biodiversity and for the millions of people who depend on the land and ocean for their livelihoods.”

COP26 strategy sessions to create feasible roadmaps for climate adaptation and technological innovation will benefit immensely from the Indigenous leaders attending the conference. However, many communities have asserted that these conversations do not equate to genuine dialogue between international leadership and Indigenous communities. COP26 discussions, and indeed all environmental policy discussions, need to integrate Indigenous voices.

Indigenous communities that have already gained a foothold in international climate discourse through social media and domestic-scale mobilization have a slew of policy recommendations for COP26 discussions, including expanding on emission-reduction targets, cutting pipeline construction, introducing a structure of intellectual property for Indigenous knowledge, legal protections for Indigenous activists and strategies for biodiversity conservation.

Native American tribes in the western United States have ramped up pressure on the Biden Administration at this year’s “People vs. Fossil Fuels” week of action. Representatives spoke out against the governmental tendency to pay lip service to Indigenous interests while continuing to allow blatantly environmentally damaging industries to continue operating.

“Driving up more funding for carbon capture technology is a subsidy for the fossil fuel industry,” said Tom Goldtooth, the executive director of the Indigenous Environmental Network who is of Diné and Dakota ancestry.

First Nations advocates in Canada similarly advocate for the total elimination of fossil fuels, especially pipeline constructions that destroy entire ecosystems and uproot Indigenous communities. Global leaders should look to Indigenous communities in the creation of renewable energy projects, instead of “repackaging solutions that we have and excluding [Indigenous peoples] from that conversation,” said Rebecca Sinclair, who is Cree from Barren Lands First Nation in Manitoba. Sinclair is currently a policy analyst with Indigenous Climate Action, an NGO based in Winnipeg.

According to First Nations advocacy groups like ICA, renewable energy projects present the Canadian government with the opportunity to increase Indigenous sovereignty and economic opportunities while simultaneously mitigating climate change. Moreover, practical policy solutions such as integrating Indigenous leadership into energy innovation could apply not only to First Nations but also Indigenous communities worldwide.

Indigenous advocates in the Amazon rainforest and the Philippines demand greater attention to biodiversity and sustainability research, which require strengthening of intellectual property laws for Indigenous communities and greater legal mechanisms to defend activists from violence.

“Indigenous Peoples bring essential knowledge, experience and guidance to conservation efforts,” said Minnie Degawan, director of the Indigenous and Traditional Peoples Programme at Conservation International and a member of the Kankanaey-Igorot Indigenous group in the Philippines. “We must be present and our voices must be valued as part of the global conversation.”

Valuing their voices includes formally recognizing Indigenous rights to lands, water and resources. Furthermore, advocates in Brazil and the Philippines want funding to pursue their own conservation efforts.

But it’s not just intellectual ownership at stake.

The fight to defend the environment threatens Indigenous lives, as well. In 2020, 227 environmental activists were murdered in defense of their culture, livelihoods and their home’s biodiversity. Lethal attacks occur within a broader onslaught of violence against environmental activism, including intimidation, surveillance, sexual violence and criminalization. A majority of these attacks occurred in Colombia, Mexico, the Philippines and Brazil, where human rights conditions are deteriorating alongside increasing environmental depletion. In Brazil and Peru, almost 75% of recorded attacks were committed in the Amazon regions of each country, where Indigenous people and local activists were operating in defense of forest ecosystems. Without adequate legal enforcement mechanisms to prevent and punish these crimes, Indigenous communities remain trapped between the destruction of their homeland and the threat of violence in retaliation for protecting it.

Indigenous rights have become inextricably intertwined with environmental protection, and the international community must spotlight the intersection between Indigenous lives and the wellbeing of their communities. Efforts to protect these activists and advance their missions must unfold locally, domestically and internationally.

Leaders at COP26 must draw attention to the lack of legal protection for Indigenous lives to have any hope of facilitating locally based environmental movements, which ultimately form the building blocks of any successful environmental policy.

However, international leaders have an obligation to integrate Indigenous interests into discussions and policy decisions, beginning this week at the COP26 summit in Glasgow.

As the world prepares for the fight for its life, José Gregorio Díaz Mirabal urges international onlookers to reconsider and value Indigenous perspectives, especially in conversations historically dominated by developed countries.

“It is not a relationship of 10 or 20 years, it is a relationship of more than 10,000 years. Throughout these years we have been able, with our culture, with our worldview, with our way of respecting nature, to preserve… Our territories, where the indigenous peoples are, are contrasted with the map of destruction that exists on the planet. Where indigenous peoples live there are forests, rivers, and biodiversity.”

Emily Morris is a sophomore studying International Relations and English with a minor in Spanish. She is especially interested in international environmental and sustainability policy, as well as global social movements and cultural exchange. On campus, Emily is conducting research with the Unruh Center for the Political Future and a member of Delta Phi Epsilon. Originally from Dallas, Texas, her interests include food (both cooking and eating), reading, and traveling.