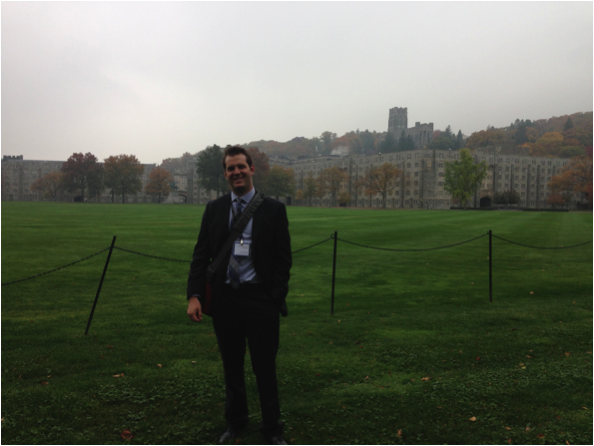 A Call for National Unity

LOS ANGELES — In February 2022, Beijing will hold its first Winter Olympics games. The games are China’s attempt to recreate and improve upon the legacy of the 2008 Beijing Olympics, which represented a large-scale moment of national pride. However, the 2022 Winter Olympics will face more challenges amid tense boycotts, viewership disagreements and general political tensions.

Often, the Olympic Games can serve as a channel for international communication and national unity, celebrating the achievements of athletes across the world. In fact, in July, the International Olympic Committee amended its motto “Faster, Higher, Stronger” to incorporate a fourth term: “Together.”

But years before, the 2008 Beijing Olympics already sought to embrace international cooperation. China kickstarted the games with a song called “Welcome to Beijing,” the lyrics of which include: “My door is always open for you, and I am here for you with open arms.” For China, spreading a welcoming message through the Olympics was a key part of its soft power and public diplomacy efforts.

Indeed, the 2008 Beijing Olympics was a moment of optimism within international relations and China’s status on the global stage. According to Clayton Dube, director of the USC U.S.-China Institute, 2008 was a year of political calm and optimism for much of East Asia, which the Olympics reflected.

“It was a period where South Korea saw tremendous economic opportunity in China,” Dube said. “South Koreans started studying the Chinese language quite industriously. 2008 [was also]the beginning of the lessening tensions and warming of ties between China and Taiwan.”

Building on these calmer waters, the 2008 Beijing Olympics welcomed more than 80 leaders across the globe, including President George W. Bush, Australian Prime Minister Kevin Rudd, South Korean President Lee Myung-bak and Japanese Prime Minister Yasuo Fukuda. The presence of an American president at the Olympic opening ceremony was uncommon and spoke to the rare international peace that the 2008 Olympics projected.

U.S. presidents have always maintained a relatively hands-off approach to the Olympics, and, to date, Bush is the only American president that has attended the Olympics when hosted in a foreign country. Dube said that 9/11 changed Bush’s attitude toward China and that it shifted to a more positive one of the value the White House placed on international cooperation, especially in combatting terrorism.

Additionally, perceptions of China transformed as audiences across the world tuned in to the Olympics, and for the first time, paid attention to China’s emerging power.

“Ordinary people saw a hypermodern, organized, successful Olympics and because that came just a month before the financial meltdown that started here in the United States, that had a big impact on American views of China,” Dube said. “[According to] polls prior to 2009, when you asked what is the leading economic power in the world today, the overwhelming number of Americans would say the United States. Beginning in 2009, that changed. A plurality of Americans said China is in charge.”

The 2008 Olympics and the acknowledgment of China as a rising power marked a turning point for Chinese foreign policy. Chinese political leaders and analysts of international relations began to consider a tipped balance of power where China was the world’s leading power.

On the other hand, contrary to an international celebration of athletes and sports, Dube said that the Olympics were often the arena for political conflict.

“[They were] wars without guns due to nationalistic competition,” Dube said.

In an era of hypernationalism, each countries’ race for medals has ignited tension that extends beyond the sporting arena. The cyberbullying of athletes, intense nationalism and the silent competition between powerful countries that seek to affirm their power with the acquisition of the most gold medals has created an environment ripe for conflict.

For example, in this year’s Tokyo Olympics, the medal race was especially intense in China, as the term “medal ranking” dominated Chinese social media. In fact, provincial and federal governments granted money and housing to gold medalists, who are seen to have brought honor to China.

In addition to the issue of hypernationalism, other tensions in the Asia-Pacific region have become more amplified as well. This year, anti-Japanese sentiment increased during the Olympics because, on social media, many Chinese people complained that the rules and referees of the Tokyo Olympics purposely discriminated against Chinese athletes. In some cases, people cyberbullied Japanese table tennis and gymnastics athletes, who allegedly received favorable rulings and scores from the referees.

After a less-than-ideal Tokyo Olympics with a year-long delay because of the COVID-19 pandemic, domestic protest over public health concerns and poor viewership, the success of the upcoming Beijing Winter Olympics remains in question. Some argue that the United States should boycott the Beijing Winter Olympics in response to the human rights abuses of political protests in Hong Kong and Uighurs Muslims in Xinjiang.

But China is no stranger to controversy mired in its Olympic hopes. The country was denied as a host for the Olympics in 2000 because of the international community’s condemnation of the 1989 Tiananmen Square Massacre. This year, protesters believe that China’s ongoing repression and human rights violations should be similarly punished.

Others argue for a middle ground. They believe that only athletes, not Biden, should attend to show courtesy. Due to tensions between China and countries like the United States, Japan, South Korea and Australia, it is unlikely that presidents and prime ministers will attend the 2022 Beijing Winter Olympics.

Geopolitical tensions regarding Taiwan and the South China Sea are another reason for leaders not to attend. When diplomatic relations are strained, it is unlikely for leaders to celebrate sporting events together and simply disregard their political differences. In contrast to the 2008 Beijing Olympics, the general public perception of China has spiraled in the last 15 years; so any showing of attendance may be mistaken and misinterpreted for a sign of support.

As China has transformed into a new world power, the 2022 Beijing Winter Olympics will aim to present China from its national strongpoints: its social, cultural and economic prowess. According to Dube, there will be efforts to demonstrate China’s technological mastery to impress the world. Dube predicts that it will be a high-tech Olympics because everyone will be using the high-speed rail. Additionally, China will also likely spread news of its more “positive” contributions to the world, including word of its climate change commitments and its ability to squash the COVID-19 pandemic — though both claims are dubious.

Similar to the 2008 Beijing Olympics that introduced then-new President Xi Jinping, the 2022 Beijing Winter Olympics also have high stakes for domestic Chinese politics. Officials will ensure that there is no demonstration or disruption in the games that would complicate the National People’s Congress in November, which will affirm Xi’s presidency for five more years. However, this will likely be challenged due to ongoing tension, especially among global public opinion.

“There is still resentment [toward China because of what happened in Wuhan],” Dube said. “China’s efforts at mask and vaccine diplomacy struck many people as heavy-handed, particularly because unlike some in Europe and the United States who have been donating doses, China has been selling doses. It remains to be seen what memories of that will entail.”

Public response to the 2022 Beijing Winter Olympics will likely not resemble the success of the 2008 Beijing Olympics due to the deterioration of diplomatic relationships between China and other countries.

However, it is clear that this upcoming Winter Olympics will leave its own legacy nonetheless. What that legacy looks like is yet to be determined.

Eva Liu is a sophomore majoring in International Relations and Global Economy. At USC, Eva is a staff writer for US-China Today and a member of the Trojan Consulting Club. She was born in China and moved to the Bay Area in sixth grade. Her research interests mainly focus on the relationship between the United States and China, foreign policy, and East Asian politics. In her free time, she likes to play guitar, write poetry, and play tennis.