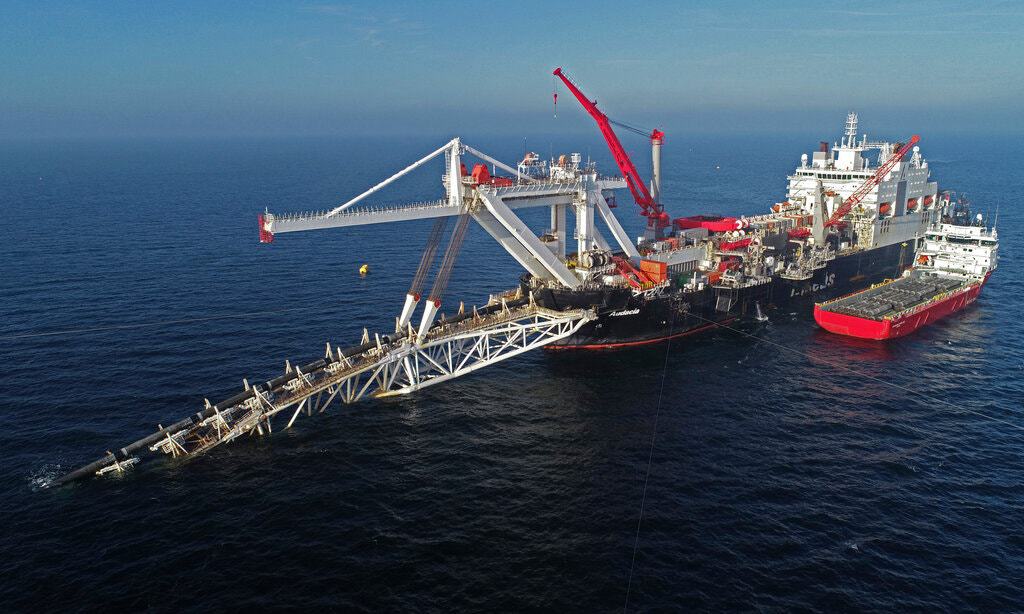 Nord Stream 2: Energy Security and Russian Influence Across the Eurozone

Amazon founder Jeff Bezos pledged $1 billion in June 2020 to invest in the Amazon Rainforest through an initiative called The Agroforestry and Restoration Accelerator (AGA), which would attempt to remove carbon from the atmosphere and compensate landowners for not cutting down trees.

The Amazon Rainforest acts as a carbon-trapping lung for the Earth, storing billions of tons of carbon dioxide. However, the rainforest is losing more than 75% of its resilience to climate change events related to climate change like deforestation and droughts. It takes longer for the forest to grow trees, the land is dryer and temperatures are rising. In January 2021, deforestation rates reached a record high, despite international pressure that led the Brazilian government to promise ​​an end to deforestation by 2030. Scientists report that the Amazon is quickly approaching the tipping point of turning into a savannah, a phenomenon that would release.

Losing the rainforest to a savannah ecosystem would have devastating consequences to the environment, like releasing 90 billion tons of carbon dioxide into the atmosphere. According to scientist Tim Lenton, director of the Global Systems Institute in England, this is “equal to several years of global emissions.” The sudden release of carbon could also raise the average temperature rise and put the UN’s 1.5˚C climate goal far out of reach. It could cause the death of 10% of known species that call the rainforest their home and lead tocause massive drought in Brazil and nearby countries. Already, parts of the rainforest are producing more carbon dioxide than they do storing it, and it’s roughly equal to Japan’s annual carbon emissions. The death of the forest could happen in a few decades.

The investment is said to work through the Lowering Emissions by Accelerating Forest Finance Coalition (LEAF). The coalition is a multilateral effort by countries like the United States and the United Kingdom, and companies like Amazon, AirBnB and Delta. This means Amazon is not the one directly investing in the rainforest; rather, it is giving money to a public-private organization to do climate change work on their behalffor them. LEAF states that “companies must publicly commit to science-based targets on… decarbonization targets, consistent with limiting warming in line with the long-term temperature goal of the Paris Agreement… Companies must have the targets in place before taking title to LEAF emissions reductions, no later than 2023.”

According to Amazon, the goal of the AGA is to “develop solutions that can rapidly scale from initial investment to millions of hectares of degraded pasture that have the potential for reforestation and agroforestry, which can improve livelihoods in local communities now and for future generations.”

The company has also made a pledge to reach net-zero carbon emissions by 2040 and 100% renewable energy by 2025.

The company was not transparent about its carbon footprint until 2019, when Amazon pledged to become carbon neutral by 2040 and began releasing sustainability reports yearly. However, the company’s footprint is difficult to measure because of a continued lack of transparency, which is the first issue when determining whether Amazon is truly serious about addressing its carbon footprint.

These climate pledges appear ambitious, but how earnest is Amazon with its efforts and has it met its commitments? The company’s sustainability website claims that in 2020, it achieved 65% renewable energy “across their operations” according to Amazon, which is quite vague. In addition, Amazon also states that its carbon emissions increased by 19% in 2020. The COVID-19 pandemic caused an increase in website foot traffic, thereby increasing daily shipments and subsequent use of trucks.

In addition, PrimeAir, Amazon’s airplane fleet, has almost doubled in daily flights between May 2020 and February 2021. Giving precise numbers of PrimeAir is difficult due to the lack of transparency fromby Amazonthe company, but it is likelyevident that emissions are growing as a result of increased plane activity.

Amazon pledged to have 10,000 electric delivery trucks by 2022 and 100,000 by 2030. However, this pledge falls short as the auto industry is unable to produce any of the electric vehicles Amazon has been promising to use. According to the New York Times, Amazon expected to have around 175,000 of its electric vans in use by the end of 2021 according to a document from 2020, but nearly all of those vehicles burned fossil fuels. As of 2022, according to Amazon, they have missed this goal by miles. The company is still just testing delivery routes with electric vehicles and won’t have hit their pledge for years.

Insufficient public information from Amazon makes it difficult to determine whether they are meeting their climate goals. The statements made by LEAF and Amazon’s climate pledge are generally vague and lack results with data. The most recent update by LEAF on April 22nd, 2022, announced a form for interested companies/parties to become members of the LEAF coalition who want to be announced at the 2022 United Nations Climate Change Conference.

Despite Amazon’s climate change goals, their lack of transparency and increase in daily flights, increased website traffic and orders, and lack of follow-through have made it easy to conclude that the company is not keeping their promises and pledges. Using LEAF as a middle-man for Amazon’s climate investments is a misuse of funding and investment as LEAF may be a smoke-screen for climate change efforts.

Climate activists are labeling LEAF as a rebrand of REDD+, which is a United Nations framework aimed at reducing climate change and ending the destruction of forests by creating financial incentives to reduce deforestation. The difference between LEAF and REDD+ is that countries will receive twice the amount of money for per tonne of CO2 avoided ($10 vs. $5) It is uncertain whether LEAF will be inclusive in its objective to send climate financing to indigenous groups who have received less than 1% of climate funds and hold only 10% of land rights to their forests.

Others criticize LEAF’s ability to quickly and substantially reduce CO2 emissions because communities in places like the Amazon have to wait up to twenty years to deliver on credits that companies bought. In addition, there are many questions surrounding land rights for indigenous groups because governments like Brazil have not wanted to give land rights back in the past, and the general distrust of the government in indigenous communities in regards to land protection. Others believe LEAF will allow polluters to delay cutting emissions by purchasing carbon credits and some land-rights activists say LEAF could create a carbon grab, where governments and corporations take carbon rights from indigenous groups which would prevent them from selling carbon credits and lose rights to fund their own climate change efforts.