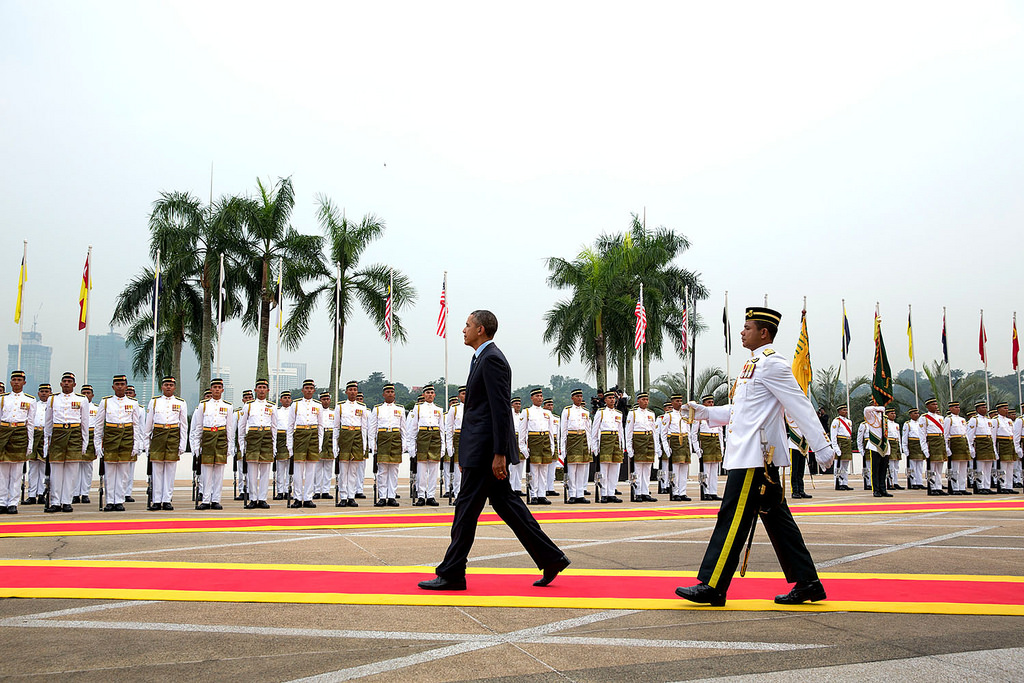 LOS ANGELES — Sitting in the Cabinet Room at 10 Downing Street, the Prime Minister of the United Kingdom was ruminating on his thoughts. He tried sending troops to St George’s Island to help fight for its democracy. Unfortunately, his plan was immediately rejected. Across the table from him stood his Cabinet Secretary, who was the head of the UK’s civil servants and worked as an advisor to the Prime Minister.

Prime Minister: “Humphrey, are you saying that Britain should not support law and justice?”

Cabinet Secretary: “No, of course we should, Prime Minister. We just shouldn’t let it affect our foreign policy.”

Prime Minister: “We should always fight for the weak against the strong!”

Cabinet Secretary: “Well, then why don’t we send troops to Afghanistan to fight the Russians?”

The Prime Minister paused, trying to make a rebuttal. A mixture of fear and worry flashed across his face. Then he gave up.

Prime Minister: “The Russians are too strong.”

If you haven’t heard of this exchange in history, that’s because it never happened. This scene is from the long-time celebrated British political sitcom, “Yes, Prime Minister,” which aired in 1986 and became one of the UK’s most popular shows at the time.

Although it has been almost 40 years since it first aired, many of the ideas in “Yes, Prime Minister” remain relevant to contemporary political challenges. For instance, the preceding scene about the UK’s concern about Russia’s power illustrates the UK and Europe’s attitude toward the ongoing Russo-Ukrainian conflict. In fact, the Ukrainian president accused NATO countries of being too afraid of the Russians to directly intervene in the war.

The similarity between the show and real-life illustrates the unchanging core — and drama — of international politics. Noticing these reflections, the public has started to rehash interest in the show and wonder what makes Yes, Prime Minister” so timely and accurate today.

“Yes, Prime Minister” tells the story of Jim Hacker, the minister of the fictitious Ministry of Administrative Affairs who later becomes the Prime Minister of Britain. Like many politicians, Jim Hacker cares deeply about the longevity of his political life, his party’s approval ratings and his chances of reelection. Hacker also makes an effort to push forward a series of social and governmental reforms such as tax cuts and reduced military spending to increase his approval ratings. Even though some of these measures would benefit the public, Hacker always finds himself obstructed by Sir Humphrey Appleby, the Cabinet Secretary of the British government.

Cabinet Secretary is the most senior role for a civil servant and serves as an advisor to the Prime Minister. Sir Humphrey represents long-standing British political traditions. Parties come and go, and governments get elected and voted out but only the civil service remains the same, ensuring that the country has persistent and stable policies. Although the civil service intends to keep the steering wheel in their hands, Hacker wants to introduce new, innovative policies. The show highlights the clashes of perspectives and values between Hacker and Sir Humphrey, reflecting the conflicting reality of changing British politics and traditional British political values.

For example, Hacker and Sir Humprehy had different perspectives when discussing Britain’s role in Europe:

Though this episode aired in the 1980s, these ideas remain evergreen..  Audiences of the show today have recognized that this exchange highlights existing tension between Britain and the EU, especially in light of Brexit.  The EU is the world’s largest attempt at shared sovereignty, transnational cooperation and multilateralism, but Britain pursued its divergent economic, political and values-based interests when it broke the EU’s shared bond and exited in 2020.

Sir Humphrey can be seen as a fictitious model of the ideal British civil servant. As he once said, “I have served eleven governments in the past thirty years.” In contrast, Hacker’s character is portrayed as rather crude, inexperienced and one that fumbles the ball at every political turn. While Hacker believes his position as Prime Minister gives him the right to reshape the country. Yet, Sir Humphrey has his own understanding of how to run the government and is reluctant to accept Hacker’s idealism.

The show is especially notable because throughout its run, the plot continued to originate from real political events. Screenwriters Johnathan Lynn and Sir Anthony Jay used government officials as show advisors and interviewed them for plot ideas. According to the Irish Times, though some of the scenes seem exaggerated, they are more authentic than the public may realize.

Through sharp observations and thorough analysis, Lynn and Jay made “Yes, Prime Minister” a classic for anyone who wants a casual and entertaining glimpse into British politics. The Kafkaesque bureaucracy portrayed by the show demonstrates the complex, disorienting and oft-ironic of nature of UK politics.

For example, the shows use often demonstrates the messy nature of how politicians often deal with the press:

Hacker: If you have nothing to say, say nothing. Better still have something to say, and say it no matter what they ask. Pay no attention to the question, just make your own statement. Then, if they ask the question again, what you say is that’s not the question or I think the real question is… and you make another statement of your own.

Though laughable, Hacker’s description truthfully reflected the at-times dodgy nature of political statements. And it’s not far off from what the public may hear politicians say today.

The show was undoubtedly controversial, but it certainly had many positive effects on British society. The show uncovered the mysterious veil of the British Civil Service and helped the public better understand how this massive “national machine” works to maintain the daily functions of the country. Essentially, the show was used as a tool of education, in addition to entertainment.

Moreover, the show revealed how bureaucrats and experienced politicians tend to resist policy changes that threaten the status quo. However, as Jay mentioned in an interview with CNN, he believed that the show’s highlighting on the Civil Service’s power demonstrates how politicians continue to give excuses when they fail to carry out their promises.

Today, 40 years since it first aired, Yes, Prime Minister continues to amaze audiences new and old. In recent years, the show regained public attention by foreshadowing Brexit, as well as the British government’s criticized response to the COVID-19 pandemic. In an episode,  Sir Humphrey and his colleague, Sir Richard Wharton, provided a “4-stages response” to  political crises:

Sir Richard: “In stage one, we say nothing is going to happen.”

Sir Humphrey: “Stage two, we say something may be about to happen, but we should do nothing about it.”

Sir Richard: “In stage three, we say that maybe we should do something about it, but there’s nothing we can do.”

Sir Humphrey: “Stage four, we say maybe there was something we could have done, but it’s too late now.”

When people on Twitter pointed out the similarity between the 4-stage response and Prime Minister Boris Johnson’s COVID-19 response, the show became a talking point once more.

From 1980 to 2022, “Yes, Prime Minister” has endured the test of time and proved its accurate portrayal of British politics. Without a doubt, it will continue to remain a hallmark in British entertainment. Beyond remaining a well-liked political satire, the show will continue to educate, inform and delight audiences for years to come.

Xiao Alicia Liu is a sophomore currently majoring in Communication and minoring in International Relations. Alicia hails from China and attended high school in the United States, where she took French as her third language. At USC, Alicia is a staff writer at Daily Trojan and a member of the Trojan Debate Team. Her areas of interest include foreign policy, intercultural relations, and international organizations. She also hopes to combine her academic interests by studying media impacts on a global scale.
liualici@usc.edu